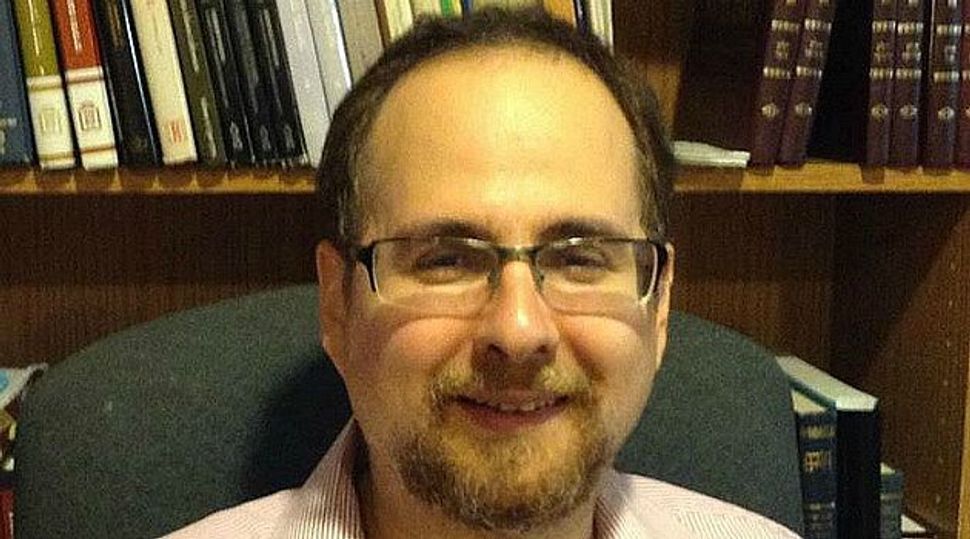 Cut Loose: Akiva Roth is no longer working at Yeshiva U., a spokesman said. Do other Jewish groups where he worked have policies to prevent hiring sex offenders? Image by facebook

The revelation that Yeshiva University hired a convicted sex offender even while facing charges that it covered up decades of sexual abuse has raised questions about the policies of other Jewish institutions at which he previously worked.

The Jewish Theological Seminary, which employed the man a decade ago, says it did not know then about his criminal conviction. But it does not, to this day, conduct criminal background checks before it hires staff, said JTS spokeswoman Elise Dowell.

JTS today asks job applicants whether they have a criminal record, said Dowell. But, unless the applicant works on the seminary’s supplemental program for high school students, JTS does not follow up with a criminal background check, she said.

JTS hired the convicted man, Akiva Roth, to teach a summer program for post-college students preparing for rabbinical school from 2000 until 2003. Roth remained on criminal probation at the time, just three years after his 1997 conviction.

Roth, 42, was recently let go from his Yeshiva College position after the Forward published details of his conviction. The school said it had “erred” in hiring Roth by “permitting the new hire to begin teaching before the screening process had been completed.”

Yeshiva University faces a $380 million lawsuit for allegedly covering up decades of child sexual abuse by faculty at its Manhattan high school.

In late August, Y.U. suppressed most details of a report it commissioned on its own conduct during the decades of alleged sexual abuse, citing the lawsuit against it. But the report stated that the school had since put “many procedures in place to ensure that inappropriate people are not hired to work with its students.”

Roth was sentenced to 10 years probation after pleading guilty to four counts of lewdness against several boys in his work as a private bar mitzvah tutor in New Jersey. During the bar mitzvah classes, Roth exposed and touched himself and encouraged the boys to do the same, according to court records.

A Jewish blog, FailedMessiah, reported that Roth previously worked at JTS. Roth’s employment at JTS was confirmed by Tablet, an online Jewish magazine.

Daniel Swinton, senior executive vice president of The NCHERM Group, a law and consulting firm that advises schools and colleges on risk management, said that the majority of colleges submit new hires to a criminal background check.

The minority of colleges who do not background check staff are usually smaller institutions that are reticent to spend the time or money on such a check, he said. But Swinton added that not running a criminal background check is “not best practice and not advised in this day and age.”

He said that to ask about a criminal record on an application form but to not follow up with an independent background check is “asking for trouble, really.”

JTS’s Dowell said: “JTS is committed to creating a safe environment for our students, faculty, and staff. While we believe our processes to be consistent with best practices among our peer institutions, we regularly evaluate to identify areas of improvement and will continue to do so, including in this area.”

Roth also worked as a Hillel director at Drew University in Madison, N.J. from 1999 until 2006.

A spokeswoman for Hillel, Ellen Goldstein, said that Roth was at no time an employee. He served as Hillel’s faculty advisor at Drew but was employed by the university, she said.

Goldstein said that Hillel conducts criminal background checks on all employees apart from those instances, at several, smaller, private schools, where “the universities are responsible for conducting background checks” themselves.

Roth was an adjunct professor at Drew University during the period he was employed as a Hillel director. Drew University did not immediately respond to a request from the Forward for comment.