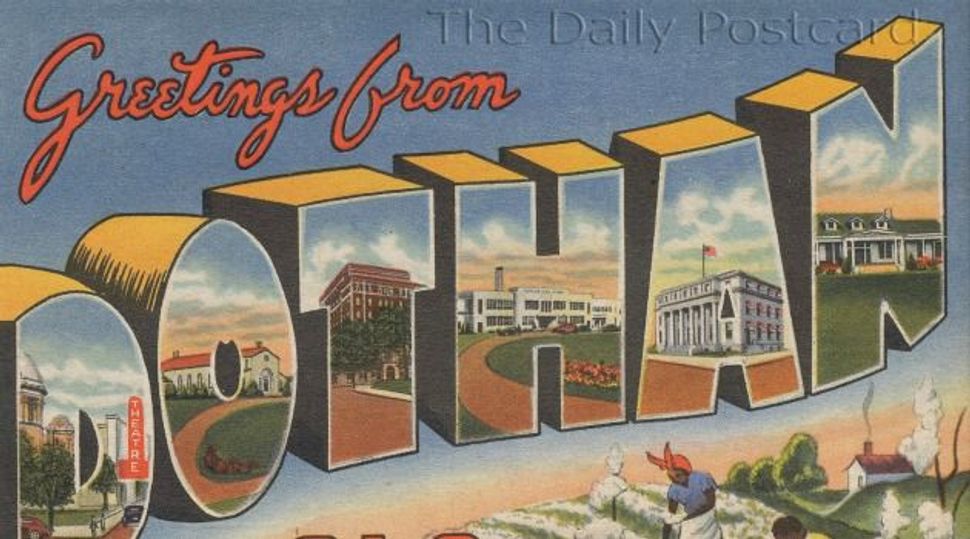 A smalltown Alabama synagogue has lured 20 Jewish families with a millionaire’s offer of $50,000 to relocate there.

Temple Emanu-El in Dothan, Alabama, has offered 20 Jewish families $50,000 to move to their town, the Peanut Capital of the World, and help boost the congregation’s dwindling numbers, the Associated Press reported.

Dothan, also known as the Peanut Capital of the World, is a community of approximately 65,000 people situated south of Montgomery near Georgia and Florida borders.

Dothan is mostly Southern Baptist and various other Christian denominations; there is one mosque/ In 2007, Emanu-El had just 43 families to its name, when local businessman Larry Blumberg came up with the scheme.

To be fair, the $50,000 are to assist families with the expenses involved in moving. All families who take the offer and join must stay for five years.

So far it has been working. Today the congregation has 71 families, and the religious school grew from five to 23 students. New congregants moved in from Florida, Georgie, Virginia, and as far away as Illinois, Pennsylvania and New York, AP said.

Rabbi Lynne Goldsmith, who leads the congregation, told the AP this program could be a blueprint for how other struggling Southern Jewish communities could help rebuild themselves.