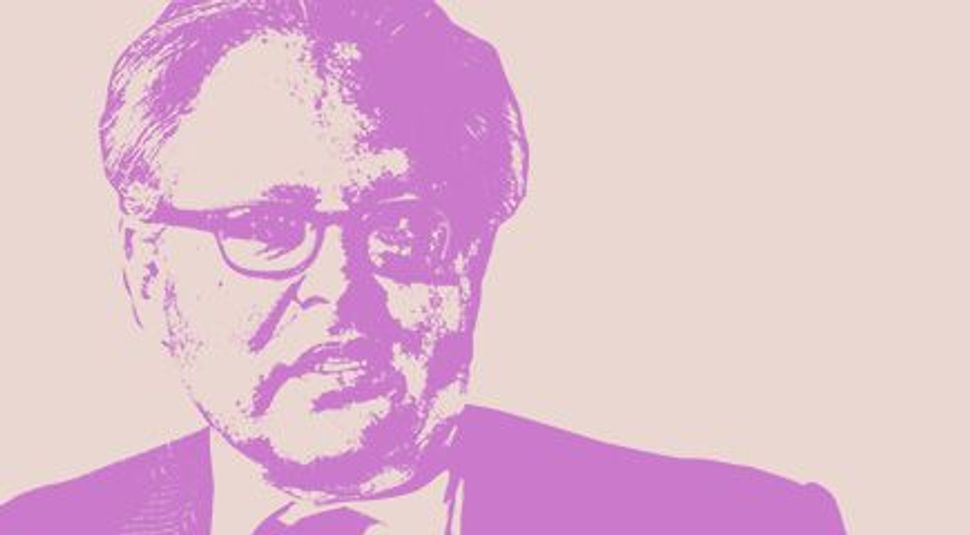 Journalism has undergone a turbulent few years. With business models imploding, foundational ideas in question and the advent of digital publishing, every corner turned has brought a crisis. Nicholas Lemann, 59, who stepped down this year from his decade-long post as dean of Columbia University’s Graduate School of Journalism, has attempted to meet these challenges and chart a new course.

Lemann, a longtime New Yorker staff writer specializing in profiles and political reporting, has left the school in a particularly good place. By most accounts, he transformed the school to meet the substantial challenges of the future. In addition, he left it in sound financial shape. He recently accepted the largest gift in its 100-year history: $18 million from the estate of Helen Gurley Brown for the creation of a media innovation institute.

Lemann spoke to the Forward in April about growing up as a Reform Jew in New Orleans: “In the synagogue [Temple Sinai] I was raised in, for example, it was this kind of super-Reform Judaism that was no kosher laws, no bar mitzvahs, no tallit, no kippot. We had a choir. It was meant to be like an Episcopalian church, but Jewish, our little realm of Judaism.”

Now he’s just as likely to be found in synagogue on a Saturday morning. But his connection to tradition is largely driven by an exploration of Jewish food. Proof of this evolution is his own recipe, shared with the Forward, for gefilte fish, or as he put it, “Gefilte Fish With a Human Face.”