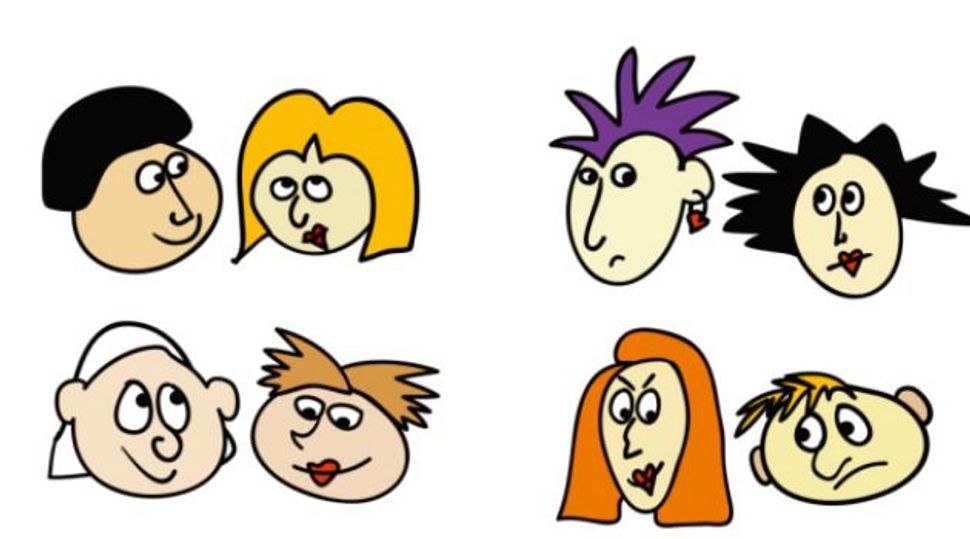 (JTA) — When Susan Katz Miller’s Episcopalian mother and Jewish father married in the 1960s, they did exactly what most religious leaders advised intermarried couples to do: They chose one religion and stuck to it.

But when Katz Miller married her Episcopalian husband, she didn’t want to choose. Instead, she and her husband raised their two children with knowledge of both their Jewish and Christian heritages and left it up to them to decide how to identify.

In a recently published book and in an Op-Ed in The New York Times, Katz Miller makes the case that this approach is good not just for interfaith families and their children, but for the Jewish community itself. Children raised in this way are not “lost” to Judaism, she says. Some grow up to practice Judaism exclusively, while others will “have an unusual knowledge of and affinity for Judaism” even as they practice other faiths.

“Both my experience and my research tell me that we are turning out young adults who feel deeply connected to Judaism, not through coercion, but through choice,” Katz Miller wrote in the Times.

Jewish institutions have become increasingly accepting of intermarried couples and their children in recent years, but raising children in two faiths remains largely frowned upon. The established view has long been that the approach is confusing and waters down important distinctions between religious traditions.

But significant numbers of families do it anyway. The recent Pew Research Center study reports that 25 percent of intermarried Jews are raising their children “partly Jewish by religion and partly something else.”

Jewish groups that advocate greater outreach to the intermarried are reassessing how they deal with families like Katz Miller’s.

Ed Case, the founder and CEO of InterfaithFamily, said he initially declined to cooperate with groups like Interfaith Community and Interfaith Families Project of Greater Washington, both of which serve families raising children in two faiths. But Case has changed his mind once he learned that Katz Miller and others like her weren’t blending Judaism and Christianity but teaching elements of both.

“We’re willing, happy and even eager to present the Jewish side of things to couples that want to do both,” Case told JTA.

Groups that cater to dual-faith families say they are respectful of religious differences, offering classes jointly taught by Jewish and Christian instructors. They say the children who complete their programming have the knowledge and skills to make informed decisions about the role of faith in their lives.

Sheila Gordon, founder and director of New York’s Interfaith Community, said that while the established Jewish community remains wary of raising children in both faiths – her group has had difficulty raising money from Jewish sources, she said – the idea has become more acceptable among individuals.

“We do workshops for couples, and 10-12 years ago we spent all the time talking about the angst of the [couples’] parents; now that doesn’t exist as much,” Gordon said. “Many of the couples are themselves children of intermarriage and they’re different because of that. It’s changing right under our feet.”

Just as many Jewish leaders have concluded that they are powerless to stop intermarriage and should focus instead on welcoming the intermarried, some are now arguing they can’t turn back the tide of dual-faith families and should direct their energies toward offering such families positive Jewish experiences.

A number of mainstream Jewish leaders are on Gordon’s advisory board, including Rabbi Marcelo Bronstein of Manhattan’s Congregation B’nai Jeshurun, and Carol Ingall, an education professor at the Conservative movement’s Jewish Theological Seminary. The group also has recruited rabbinical students from the liberal Orthodox Yeshivat Chovevei Torah and JTS to teach in its Sunday school.

Bronstein acknowledged that raising children in two religions is controversial, but insisted that it’s nevertheless a reality that demands a response.

“It’s a new landscape,” he said. “My response is we should reinforce as much as we can the Jewish identity wherever the Jews are.”

Michelle Dardashti, who taught for Interfaith Community as a rabbinical student at JTS, acknowledged she is unsure whether the organization’s approach “produces in kids more questions than grounding,” but insisted that “showing their kids the values of both their faiths is better than not showing the value of either.”

Leaders of Jewish outreach efforts were loath to condemn dual-faith families; neither would they embrace them outright.

Rabbi Kerry Olitzky, the Jewish Outreach Institute’s executive director, said it “doesn’t help anyone to stand in judgment.” And Rabbi Rick Jacobs, the president of the Union for Reform Judaism, which in 1995 recommended that its religious schools not accept students receiving formal instruction in another religion, similarly declined to take a firm position on the matter.

“Decades ago Rabbi Alexander Schindler overturned all previous Jewish communal assumptions about interfaith families by insisting that we embrace them and draw them close in all aspects of Jewish life,” Jacobs said. “How congregations do this holy work varies, but it is an axiom of Reform Judaism that we do this holy work of inclusion every day.”