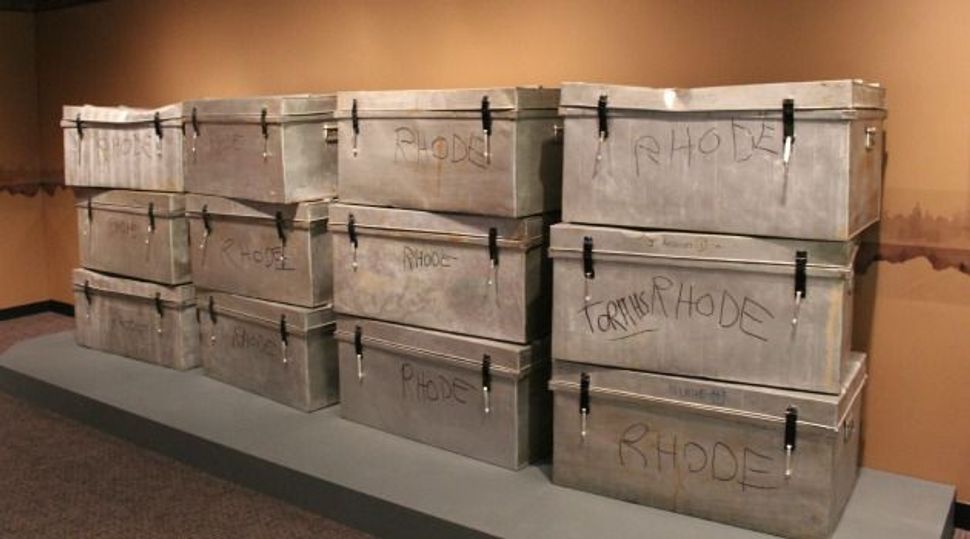 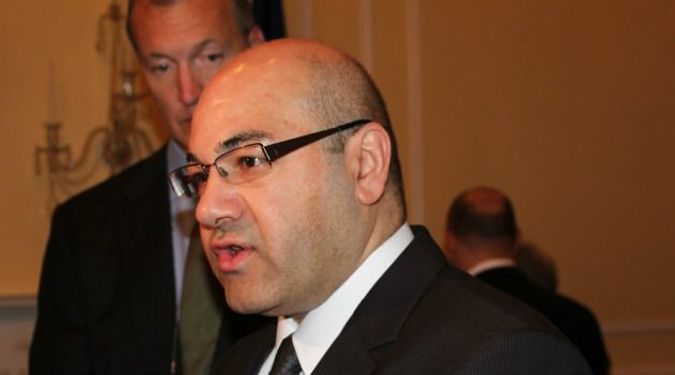 Let?s Talk: Iraqi Ambassador Lukman Faily said his country would consider extending a loan deal for the country?s Jewish archives. But he said the trove must be returned to Baghdad, sooner or later. Image by nathan guttman

While stressing his country’s ownership of the Jewish artifacts now on display at the National Archives in Washington, Iraq’s ambassador to the United States hinted that his country could be open to discussing a loan agreement which would delay the return of the objects to Baghdad.

Ambassador Lukman Faily said an Iraq government delegation would be discussing the issue of a loan deal with U.S. authorities soon.

“We don’t see that as a problem, but as of now, the agreement is for these artifacts to go back home,” Faily said.

Faily spoke at the sidelines of a press roll out of “Discovery and Recovery: Preserving Iraqi Jewish Heritage,” an exhibition of Iraqi Jewish documents and artifacts discovered by the United States after the fall of Saddam Hussein. The exhibition, at the National Archives in Washington will officially open to the public on November 8.

The fate of the objects now on display has mobilized Jewish activists in the United States as well as members of Congress, who are demanding the material remain in the United States despite an agreement signed in 2003 that promises all artifacts are returned to Iraq once the restoration process and the exhibitions are complete. The activists noted that the materials in the Jewish Iraqi archive were seized unlawfully by Saddam and should be retuned to their owners. If owners are not found, they are asking to keep the archives in the U.S., because members of the Iraqi Jewish community will not be able to access them in Iraq.

Responding to these arguments Ambassador Faily said: “We appreciate where they are coming from but you also have to appreciate this was an agreement, a legal agreement, agreed with the [Coalition Provisional Authority] back in 2003 and its owned by the Iraqi government.” He added that his government will take good care of the papers when upon their return and will be sensitive to their religious importance to the Jewish community. “We fully appreciate that and we, as Muslims, have a similar perspective regarding the Quran and others, but this is owned by the Iraqi government, it’s a historical agreement we made and we preceding with it.”

It is not clear when the delegation of the Iraqi national archive will conduct talks in Washington and whether they will be presented with a formal American request to sign a long-term loan agreement for the Jewish archive material.

Anthony Godfrey, director of the Iraq affairs office at the State Department told the Forward the administration is proceeding with the plan to return the artifacts to Iraq based on the 2003 agreement. “I have to underscore that without this commitment and without the preservation of these documents the materials now known as the Iraqi Jewish archive simply would not have exist,” Godfrey said.

Both the Iraqi ambassador and the U.S. official noted that an efforts is being made to ensure that the archives are well preserved after they are flown back to Baghdad. Two specialists from Iraq are currently undergoing training at the National Archives in Washington in order to make sure no damage is done to the material in Iraq. The conditions under which the Jewish archives will be kept in Iraq, Godfrey said, “will be in conformity with the standards we set here.”

Alongside the exhibition, the National Archives also launched on Wednesday a website which will include digitized copies of all the documents in the collection.

Iraq’s ambassador, who took part at the kickoff event of the exhibit, said it sends “a message to the world that the new Iraq is accommodating to everyone.” Faily later said in an interview that the Jewish community is welcome to take part in the re-birth or his country. “The Jewish community is an integral part. There is no reason for them not to come back to Iraq and play an important role in our development.”

“These artifacts were found in the basement of the intelligence, which meant this was the police state of Saddam Hussein,” Faily added, “We are no longer a police state.” 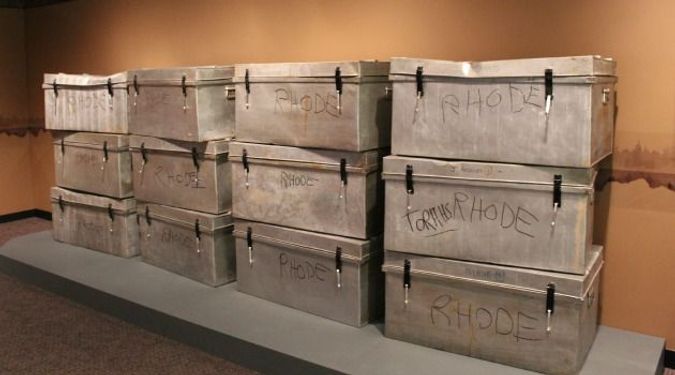