Why Do Women’s Salaries Still Lag Behind? 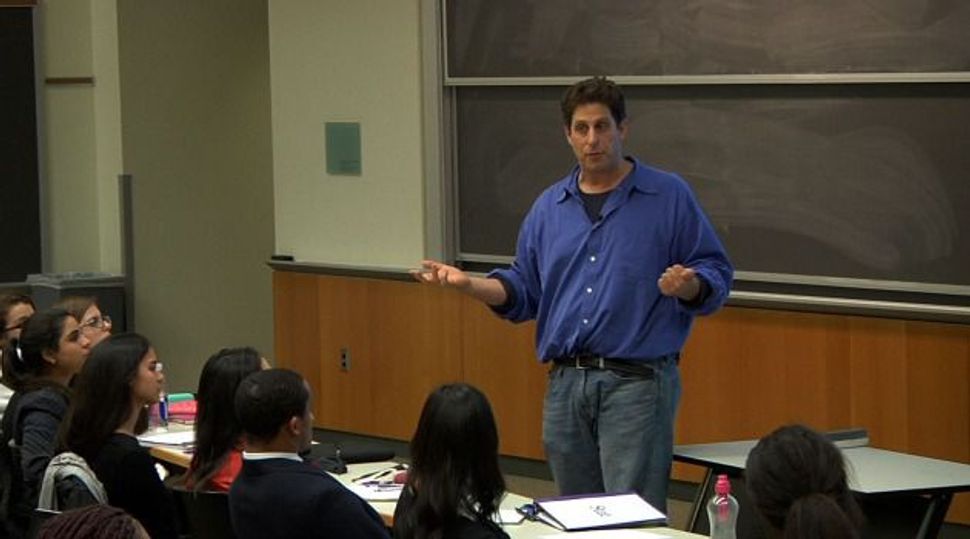 I was reading the Forward last year when a headline caught my attention: “Women Still Lag Behind.” The story compared the salaries of female and male CEOs of Jewish not-for-profit organizations, finding that the women’s median salary was only 66% that of men’s. The obvious conclusion is that women are underpaid.

As a statistician, I was hesitant to leap to such a conclusion. (A word of advice: Never read a newspaper with a statistician — we are a suspicious bunch.)

Comparisons are indeed tricky. There is no doubt that men, on average, earn more than women. However, the organizations that men and women lead may be very different. These differences, and not sex discrimination, may be leading to the salary gap. Perhaps a careful statistical analysis would uncover a more revealing and nuanced reality.

Since I teach introductory statistics at the University of Pennsylvania, I did what professors often do: I assigned the data to my students. We had already studied a related example of sex bias. Back in the 1970s, women had a far lower overall rate of admission than men to University of California, Berkeley’s graduate programs. While it seemed reasonable to conclude that there was sex discrimination in admissions, a closer look at the data revealed that women had a better chance of admission in every department they applied to — a shocking and paradoxical reversal. Women were simply applying to harder departments than men were, making their overall admission rate appear lower. I therefore challenged the students to investigate whether something similar was going on with the Forward’s salary data.

We first verified what the Forward reported: When comparing medians, women earn only 66 cents on the dollar compared with men. But what exactly does this mean? The students were quite hesitant to declare a case of sex discrimination when there could be confounding factors. Common sense dictates that a powerful determinant of a CEO’s salary should be the size of the organization he or she is leading. If the women in the survey were concentrated in small organizations, then sex differences in salary may be entirely due to sex bias in size, not to sex bias in salary.

We attempted to use linear regression to resolve the two forms of sex bias by controlling for organizational size. This powerful technique is used widely, but misused almost as often.

Linear regression can be used only when the relationship between variables exhibits a linear trend. And unfortunately, that of size and salary did not. While the largest organizations (in terms of expenses and employees) paid their CEOs high salaries, the trend seemed weak.

But on further examination, it turns out that we were looking at the data all wrong. We should have been comparing salaries and sizes on a percentage basis. This would require transforming the data by taking logarithms. The log transform worked (and also felt) like magic. A clear and strong trend line emerged.

The students applied linear regression to the transformed data to formulate an equation that could predict a male CEO’s salary given the size of his organization with reasonable accuracy. We then inverted the equation back to the original scale and applied it to every organization to see how far off a CEO’s actual salary was from what we would expect.

In this way, we saw that, for example, despite his $706,000 salary, Fredrick Lawrence is not significantly overpaid as president of Brandeis University, given that Brandeis is such a large organization.

We were also able to measure how much female CEOs, specifically, were earning in comparison with men. We calculated how far off each woman would be from her expected salary if she were a man, and averaged those percentages. After controlling for organization size, a gap in pay remained, but of about 20%, not 34%.

Do women lag behind? Yes. But about half of that gap can be explained simply by organizational size bias. The remainder of that gap is still unexplained by any factor we can measure.

Who Is Overpaid and Who is Underpaid?

Executives’ salaries are plotted against the size of the organization they run (blue dots non-Jewish, orange, Jewish). The higher the dot, the higher the salary, the further right the dot, the bigger the organization. The higher above the cluster the more “overpaid” the executive, the lower below the cluster, the more “underpaid” the executive. Use the cursor to see more details and click the year buttons to compare proportionate remuneration over time. (Credit: Pedro Moura)

Abraham Wyner is a professor of statistics at the Wharton School at the University of Pennsylvania. His student Tamara Pier, class of 2014, assisted with this research.

Why Do Women’s Salaries Still Lag Behind?