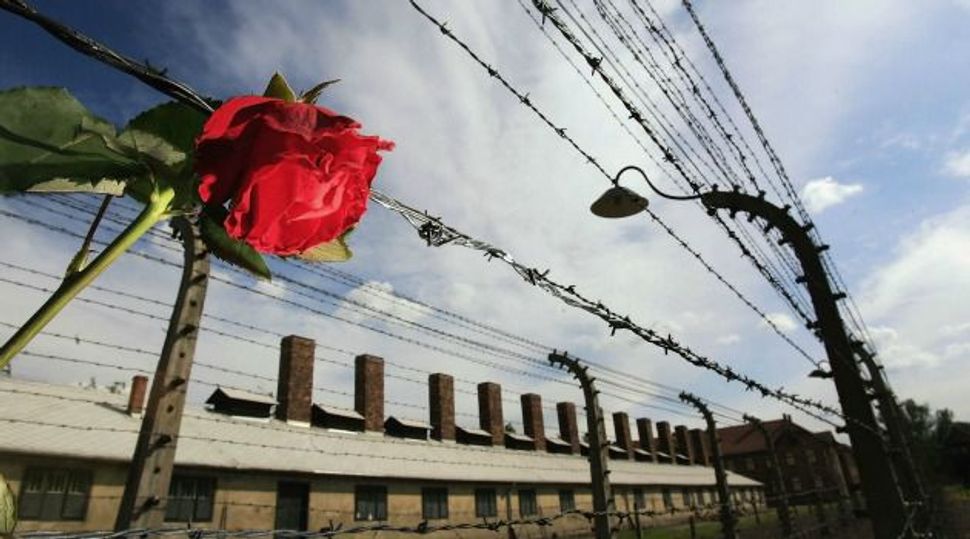 A majority of respondents in a recent Polish national survey believe that there’s a Jewish conspiracy to control international banking and the media. And 90% of these Poles say they’ve never met a Jew.

The national study, conducted by the Center for Research on Prejudice at Warsaw University, found that in Poland, the belief in a Jewish conspiracy remains high – 63% in 2013 – and relatively unchanged from 2009 when 65% of respondents held this belief.

The study also found an 8 percent increase in more traditional forms of anti-Semitism, including blaming Jews for the murder of Jesus Christ and the belief that Christian blood is used in Jewish rituals. Some 23% were found to hold such traditional, religious-based beliefs about Jews.

The study’s findings were presented to the Polish Sejm, or parliament, on January 9 by Michal Bilewicz, director of the Center for Research on Prejudice. Bilewicz, an assistant professor on the faculty of psychology at the University of Warsaw, is co-author of the report.

In an email, Bilewicz said that most members of the Polish parliament praised the study and many suggested education measures to fight prejudice. The one skeptical voice, he said, was that of Dorota Arciszewska-Mielewczyk, a center-right Law and Justice Party member, who “suggested that Polish Jews are represented by the Knesset rather than the Polish parliament.”

In January 13 phone interview, Arciszewska-Mielewczyk claimed her remarks were taken out of context. Speaking through an interpreter, she said she had expressed her hope that representatives from the Knesset would come to Poland and join the campaign to stop calling the Nazi camps in Poland “Polish concentration camps” — a common complaint among Poles, especially on the right, who take umbrage when camps set up and operated during World War II by the German regime in occupied Poland are labeled as Polish.

According to Arciszewska-Mielewczyk, a Jewish group that was present when she spoke had a “negative and allergic reaction” to her remarks. They also claimed “they had nothing to do with the Knesset,” she said, adding that she then asked for clarification about the Knesset’s status as a body that represents the Jewish nation worldwide.

Geographically, the new study’s findings suggest that the provinces of Lublin and Lodz in southeastern Poland are the most anti-Semitic regions of the country. This is where the largest Jewish communities existed before the war, and where the ruins of many synagogues still stand, though virtually no Jews live there today.

“It’s worse there than in the western parts of Poland,” Bilewicz told the Forward in a telephone interview.

“We know that it is based on a very deep anti-Semitism that is so embedded in people’s minds that they don’t consider it problematic,” he said.

Before the Holocaust there were 3.2 million Jews in Poland, compared with an estimated 10,000 Jews today.

According to Zuzanna Radzik, a devout Catholic who supervises the School of Dialogue, a program that seeks to recapture the lost history of the Jewish presence in Poland, the biggest news in the center’s survey was the increase in traditional anti-Semitism. She believes it’s always existed, but that Poles now feel more comfortable expressing it.

Poland’s archly conservative Roman Catholic Church has historically been blamed for perpetuating traditional forms of anti-Semitism. Bilewicz’s study, however, finds that anti-Semitism is equally common among believers and those who are not religious. Furthermore, church attendance has declined slightly between 2009 and 2013, a period during which the proportion of people holding traditional anti-Semitic beliefs has risen.

Professor Joanna Tokarska-Bakir, a cultural anthropologist at the Polish Academy of Sciences, who has been investigating the persistence of blood libel beliefs in eastern Poland, argued that the Church nevertheless continues to play a key role. In an email to the Forward, Tokarska-Bakir contended that in school, where Catholic religious classes were reinstituted after the fall of Communism in 1989, students are exposed to lessons that are permeated with anti-Semitic themes.

Despite these high levels of anti-Semitism, there are signs of hope.

The official opening of the new Museum of the History of Polish Jews is scheduled for September 2014. The City of Warsaw and the Ministry of Culture and National Heritage financed its construction. The museum’s exhibits show the Jewish contributions to Polish life during the more than 1,000 years that Jews have lived in Poland. Workshops for students are already underway.

Radzik’s School of Dialogue also seeks to recover Poland’s Jewish past. It deploys educators throughout Poland to make students aware of the places in their towns where Jews once lived and worked, and where there were synagogues and mikvehs. The school also teaches young Poles about Judaism.

The opening of a new Jewish Community Center in Warsaw last October was another step toward the revival of Jewish life in Poland.