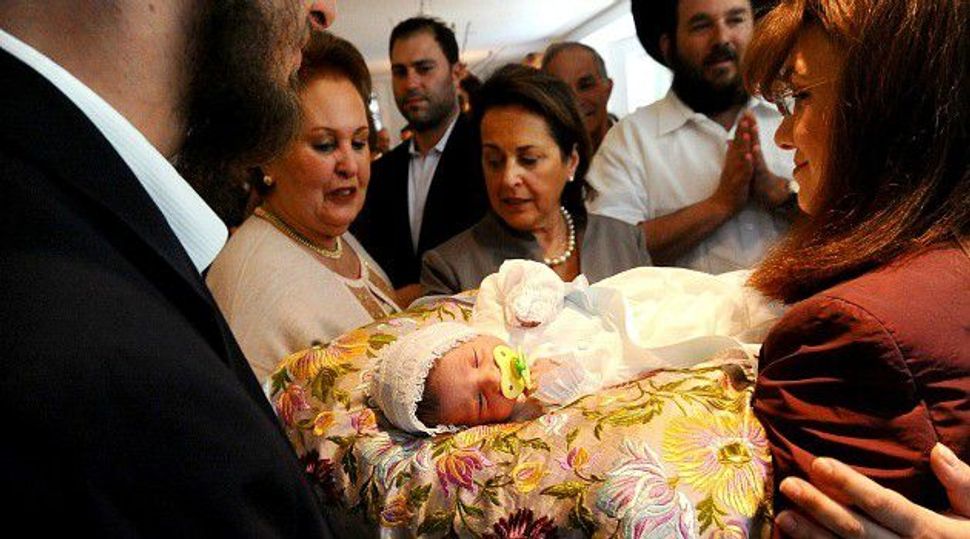 A baby boy has been infected with neonatal herpes following a Jewish ritual circumcision in New York — the third such infection in two years tied to a controversial rite that involves the direct application of the ritual circumciser’s mouth to the baby’s genitals to suction blood from the wound.

The baby was treated for a genital rash five days after he was circumcised, according to a January 28 health alert issued by New York City’s Department of Health and Mental Hygiene. He is still undergoing treatment and his current condition is unclear.

The department attributed the rash to the controversial circumcision technique, known as metzitzah b’peh, or MBP, which some ultra-Orthodox mohels, or ritual circumcisers, say is an essential component of the ancient religious ritual.

Fourteen babies have contracted herpes following MBP since 2000, according to New York City’s Department of Health and Mental Hygiene. Two of those babies died and two more suffered brain damage.

In this case, the baby’s rash spread despite being treated with cream. He was later admitted to a hospital, the department said.

Because of the risks of MBP, New York City instituted a consent form in January 2012. Mohels were directed to ask parents to sign the form, which spells out the risks of MBP before it is performed.

A department of health spokeswoman declined to say whether a consent form was signed in this latest case. “We are currently investigating the case and won’t discuss its details,” the spokeswoman said.

Ultra-Orthodox leaders vehemently oppose the consent form. They say that the risks of babies contracting herpes from MBP are overblown.

The ultra-Orthodox umbrella group, Agudath Israel of America, along with a handful of ultra-Orthodox rabbis and mohels launched a lawsuit in late 2012 challenging the legality of the forms, which they say is a violation of free speech.

During the recent New York mayoral campaign, many ultra-Orthodox Jews believed that Bill de Blasio would revoke the consent forms.

Instead, de Blasio, who began in office on January 1, told a recent press conference that he would keep the forms in place “while searching for a solution that would make it more effective.”