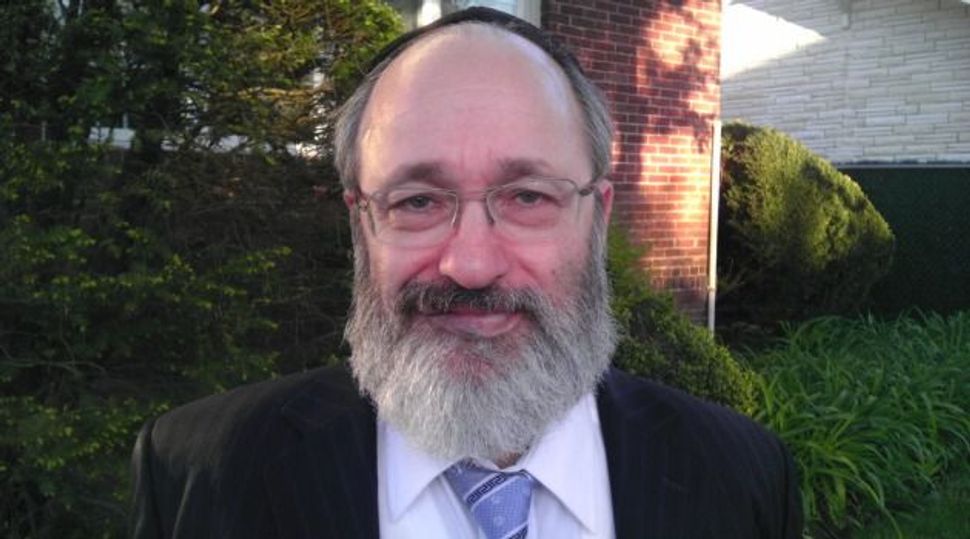 Amid a growing wave of legislation banning conversion therapy for teenagers, a group known as Nefesh has joined with the ultra-Orthodox umbrella group Agudath Israel of America to challenge a New Jersey law prohibiting use of this therapy with minors.

Rabbi Mordechai Biser, Agudath Israel’s general counsel, said his organization swung into action after receiving requests from Orthodox therapists who “pleaded with us to take whatever steps we could to prevent this legislation from being enacted.”

But even some members of the group supporting the challenge are glum about their prospects.

Nefesh and the Agudah supported an appeal challenging the New Jersey state ban in an amicus brief they filed January 22 with the U.S. 3rd Circuit Court of Appeals.

Similar legislation has also become law in California. Under these laws, a licensed therapist who subjects minors to conversion therapy can lose his license and face other penalties. Bills of this kind have also been introduced in Massachusetts, New York and Ohio.

In California, the United States Court of Appeals for the 9th Circuit upheld the state’s ban on conversion therapies in a ruling issued in early February. The California law, the court found, merely regulates “professional conduct” and thus was not protected by the First Amendment. The plaintiff’s lawyers have announced their intention to appeal to the U.S. Supreme Court.

In their briefs against the New Jersey law, Nefesh and the Agudah argued that the ban “impermissibly infringed” on the right of free speech. The law, which bans therapists from offering counseling to minors that seeks to “eliminate or reduce sexual or romantic attractions or feelings towards individuals of the same sex,” singles out one “particular viewpoint on that subject,” for restriction the two groups argued, “namely that sexual orientation, behavior or identity can change.”

Over the past several decades, many medical and mental health professional associations have rejected conversion therapy as ineffective, harmful or both. They have also disavowed the view that homosexuality is a pathology requiring a remedy, as has most of the organized Jewish community.

For Orthodox groups, though, homosexual behavior remains a violation of biblical prohibition. Nevertheless, the Rabbinical Council of America, the country’s largest association of Modern Orthodox rabbis, acknowledged in a November 2012 statement “the lack of scientifically rigorous studies that support the effectiveness of therapies to change sexual orientation.” In that statement, the RCA withdrew its support of a Jewish group called JONAH, Jews Offering New Alternatives for Healing. The group, which is unrelated to Nefesh, allegedly employed coercive techniques through which it claimed to reduce homosexual urges or even change homosexual individuals into heterosexuals.

In an ongoing lawsuit, several former JONAH clients say counselors from the group sometimes ordered them to remove all their clothing and touch their genitals. In other sessions, they were allegedly told to beat effigies of their mothers with tennis rackets or were subjected to homosexual slurs, according to the complaint.

JONAH clients would pay a minimum of $100 for weekly individual counseling sessions and another $60 for group therapy sessions.

JONAH has denied it employed abusive or coercive techniques.

Nefesh activists have distanced themselves from these practices. The campaign against the new law instead stresses therapists’ desire to use conventional therapies to provide their adolescent patients with the option of seeking to live a heterosexual life that “will enable them to live healthy Torah lives,” as stated in a recent Nefesh and Agudah press release.

“As a matter of policy, Nefesh International does not endorse any particular form of psychotherapy,” the organization’s president, Rabbi Simcha Feuerman, said in a written statement. “We do strongly oppose any effort to limit or restrict access of patients to any form of mental health services offered by duly qualified practitioners.”

According to Feuerman, who is a licensed clinician, the New Jersey law will inhibit patients who themselves have concerns about their sexual orientation “from exploring the possibility of focusing on heterosexual desires, which are consonant with their own chosen religious and social goals.”

Jack Drescher, a New York psychiatrist and psychoanalyst who has been an outspoken critic of conversion therapy, dismisses this as a valid medical or psychotherapeutic position in view of current, generally accepted findings and standards.

Drescher argued that therapists should not enjoy free speech protection when discussing sexual orientation change in their professional capacity with young clients. “If a rabbi wants to say this to a teenager, that’s fine, but a therapist cannot,” he explained, “because this is not supported by anything. The rabbi and the therapist have different sources of authority.”

But Solomon said he has helped many patients overcome their same-sex attraction.

“People have been treating homosexuality for years,” said Solomon, who stressed that he “does not ask people to take off their clothes or do anything weird.”

The Brooklyn-based therapist said many of his patients went on to marry and have children, and that some are no longer attracted to men. Responding to claims that conversion therapy is not effective, Solomon said that there is no real clinical study of this therapy, because the mental health establishment “won’t allow any real research to take place.”

The Orthodox therapists associated with Nefesh reject the contention that homosexuality is an in-born trait.

“I’ve personally treated many patients that have clearly changed,” said Benzion Sorotzkin, a clinical psychologist from Brooklyn who termed the idea that someone is born gay or lesbian “a myth.”

Like other Orthodox therapists interviewed, Sorotzkin said his success rate treating gay clients was similar to that of any other therapy: One-third are greatly helped; one-third are somewhat helped by the treatment, and a third see no improvement.

In a 2012 Forward column that stirred debate, Agudath Israel’s director of public affairs, Avi Shafran, argued that the Jewish community should not criticize those seeking to battle their homosexuality.

“Those critics and media begin with the premise that any human urge is inherently legitimate (it’s human, after all!) and that there is no reason for anyone to seek to change a sexual orientation,” Shafran wrote. “But the premise of someone dedicated to Torah is that God’s will matters most and has been communicated to mankind.”

Sorotzkin said that when a patient enters his office to discuss homosexuality, he tries to “get to the root of the issue” underlying the homosexuality which, in many cases, he says, has to do with a sense of gender inadequacy and a lack of self-esteem and self-acceptance.

Sorotzkin added that the acceptance of homosexuality in society has caused patients, many of them Orthodox, even greater pain. “When I started practicing,” he recalled, “if something sexual happened between two boys, there was mainly a sense of guilt.” After dealing with this guilt, he said, the boys moved on and “went to get married.” Now, however, such boys “are told they are gay and they have to endure it, so they start panicking.”