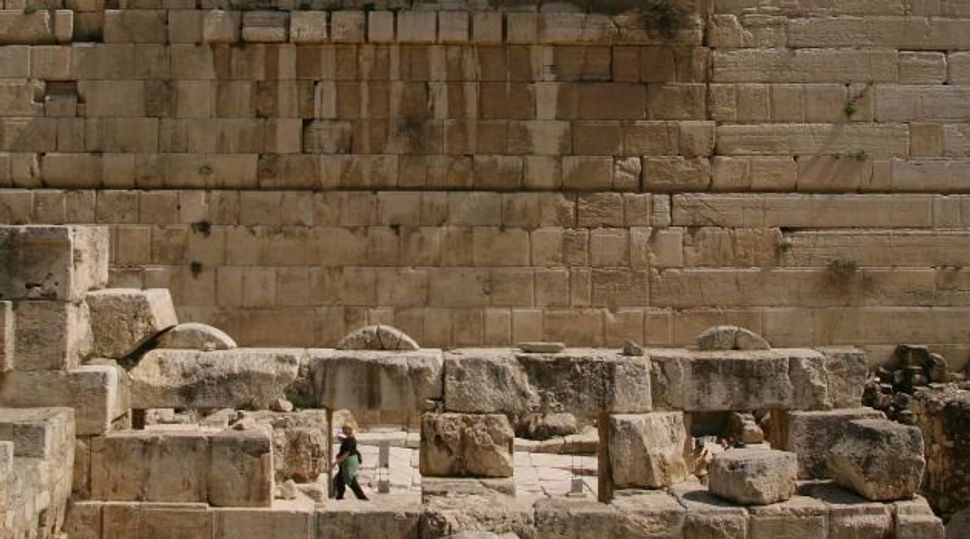 The Israeli government tentatively agreed to a deal that puts a right-wing organization in charge of the Robinson’s Arch area of the Western Wall.

Under the draft agreement, the government transfers control of the Jerusalem Archaeological Park and Davidson Center to the City of David Foundation, Haaretz reported. The foundation runs the City of David tourist site in Jerusalem’s Old City and works to settle Jews in Silwan, a mostly Palestinian village in eastern Jerusalem.

The area to be transferred includes Robinson’s Arch, a section of the Western Wall just south of the Western Wall Plaza designated for non-Orthodox prayer. Israel’s Reform and Conservative movements, along with the women’s prayer group Women of the Wall, are negotiating with the government to expand the plaza’s prayer space. The expansion is meant as a compromise to interdenominational conflict at the wall.

“We were negotiating the final details of how it would be managed,” Hess told JTA. “It was never mentioned that the City of David Foundation would be the one to actually run the place.”

Hess said that the movements do not take a stance on the foundation’s political leanings. He said, though, that if implemented, the draft agreement would depart from a compromise on the Western Wall outlined by Jewish Agency for Israel Chairman Natan Sharansky last year. Sharansky’s outline proposed creating a pluralist council to manage the site.