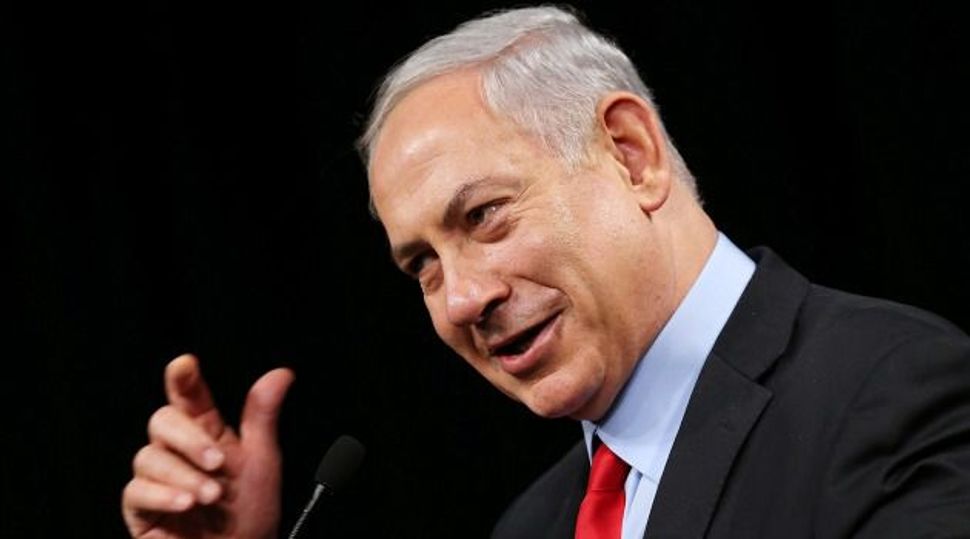 Something was off-kilter in Benjamin Netanyahu’s March 4 appearance before the annual Washington policy conference of AIPAC, the pro-Israel lobbying powerhouse.

After five years of raging that the Obama administration was too hard on Israel and too soft on Iran, the Israeli leader faced a record crowd of 14,000 activists ready to storm the barricades for him and told them that things were, well, pretty okay.

It was a startling message to deliver to the thousands of citizen-lobbyists from across the country, moments before they were to head to Capitol Hill for their annual day of hands-on lobbying: There’s not much for you to do.

Certainly, Israel faces grave challenges. Iran is to retain some nuclear enrichment capacity at the end of the current six-power negotiations. This leaves the threat of an Iranian bomb intact. Unfortunately, AIPAC had been forced a month earlier by fierce White House opposition to give up trying to legislate stiffer negotiating terms. The agenda the delegates were bringing to Congress was, as one staffer said in a briefing session, “just a letter” requesting tougher terms. No teeth, no drama.

Beyond that? Negotiations with the Palestinians sounded more hopeful than usual. The prime minister looked forward with almost Peres-like enthusiasm to a new Middle East as Arab states embraced Israel after a Palestinian peace deal. Israel is still threatened by boycott, divestment and sanctions, but this isn’t fundamentally a legislative issue, and therefore not on the agenda of a lobbying organization.

Something was missing, and folks noticed.

“It’s all fuzzy,” said Charles Jacobs of Boston, a pro-Israel militant who founded The David Project and now heads Americans for Peace and Tolerance. “There isn’t a specific thing that they’ve planted a flag around, that gives a strong sense of direction.”

It was a revelatory moment in what’s shaping up to be a period of wrenching transition, for Israel and AIPAC alike.

Israel is being buffeted by regional unrest and by mounting international pressure over settlements. AIPAC, whose mission is to smooth Israel’s path and soften its blows, has received painful lessons in the limits of power. Times like these, when so much is uncertain, call for caution and patience, qualities for which neither Israel nor the lobby are well known.

Netanyahu had spent the previous day in talks with the president, vice president and leaders of Congress. They were discussing the two historic negotiations orchestrated by America that will determine the contours of Israel’s future. For Israel the two negotiations — one over Palestinian statehood, the other on Iran’s nuclear project — are life or death questions. For America they are two items among many on the government’s plate, both abruptly overshadowed just before Netanyahu arrived by the Ukraine crisis.

Activists come to the yearly AIPAC conference expecting to be energized, thrust for a moment onto the world stage as actors in the drama of Israel’s struggle for survival. They’re treated to two days of fiery rhetoric by senators, administration officials and Israeli ministers, then bused to Capitol Hill for a day of face-to-face lobbying with lawmakers. Their message is whatever legislative agenda AIPAC gives them — weaponry, aid, counter-terrorism programs.

This year’s conference program and legislative agenda were to focus on a single, urgent priority: fixing the flaws in the interim nuclear agreement signed in Geneva last November between Iran and the P5 plus 1 powers. The agreement called for Iran to freeze much of its nuclear effort in return for a relaxation of sanctions while talks commenced on a permanent deal. It also set a goal in final negotiations of limiting Iran’s uranium enrichment capacity. Critics — principally the Netanyahu government and congressional Republicans — wanted to shore up the weakened sanctions and define an end goal of dismantling Iran’s enrichment, not just limiting it.

Legislation along those lines was drafted by a pair of senators, Democrat Robert Menendez and Republican Mark Kirk, working closely with AIPAC. Through the winter, Senate signatures were gathered, aiming for a veto-proof two-thirds majority. The climax would come at the AIPAC conference in March, when 14,000 citizen-lobbyists would flood Capitol Hill in a triumphant push for final passage.

But the strategy collapsed January 28, when President Obama delivered his State of the Union address, vowing to veto the bill if it came to his desk. Democratic support for the bill abruptly dissolved, eliminating the possibility of a veto override. On February 6, pressured by Democratic members, AIPAC itself announced that it no longer sought a Senate vote on the bill.

The humbling didn’t end there. The sanctions battle revived the longstanding liberal accusation that AIPAC is a de facto ally of the Republican Party.

It’s true, though, that the organization’s goals are often in sync with neoconservatives and Republican hawks. That’s only been exacerbated during the Obama presidency by suspicion among pro-Israel hawks that the president isn’t a friend.

Now, after challenging Obama and losing, the organization is under pressure from Democrats to demonstrate centrism. The result at the conference was a constant drumbeat of assurances from the organization’s officers that AIPAC is bipartisan. But if it were obvious, it wouldn’t have to be said.

Pressure comes from the grassroots, too. Liberal Democrats have come in recent years to see themselves as a distinct faction within AIPAC, and not an empowered one. The fact that the organization has staffers responsible for outreach and shepherding of liberals, and programs like “The Progressive Case for Israel” are written into the schedule of the annual conference, only reinforce the sense among liberals that they’re outside the mainstream.

“This year the conference seems more bipartisan, but in some years the tone of the politics here gets so hostile,” said Fran Grossman of Los Angeles, a self-described liberal Democrat. “It’s a fluid thing.”

What happens to AIPAC now? Speakers at past conferences were always a careful balanced of Democrats and Republicans. The principal speakers this year were Republican John McCain and four Democrats, Menendez, New York Senator Chuck Schumer, Secretary of State John Kerry and Treasury Secretary Jack Lew. In the rush to mend fences, caution was thrown to the winds.

Striking, too, was the tone of debate from the rostrum. Usually the organization is able to present a single, clear message uniting Democrats and Republicans. This year’s speeches were exchanges of insults aimed at each other. Lew and Kerry strongly defended the administration’s Iran strategy. Menendez criticized it and defended his bill. McCain simply savaged the president. Schumer, speaking just before Kerry, took potshots at his handling of the Palestinian negotiations.

An advocacy organization can’t function without unity in its ranks and anger toward its foes. A chastened, polite AIPAC, thrashing out the issues in public and avoiding insult, is a crippled pro-Israel lobby. Even critics of its policy choices shouldn’t welcome that.