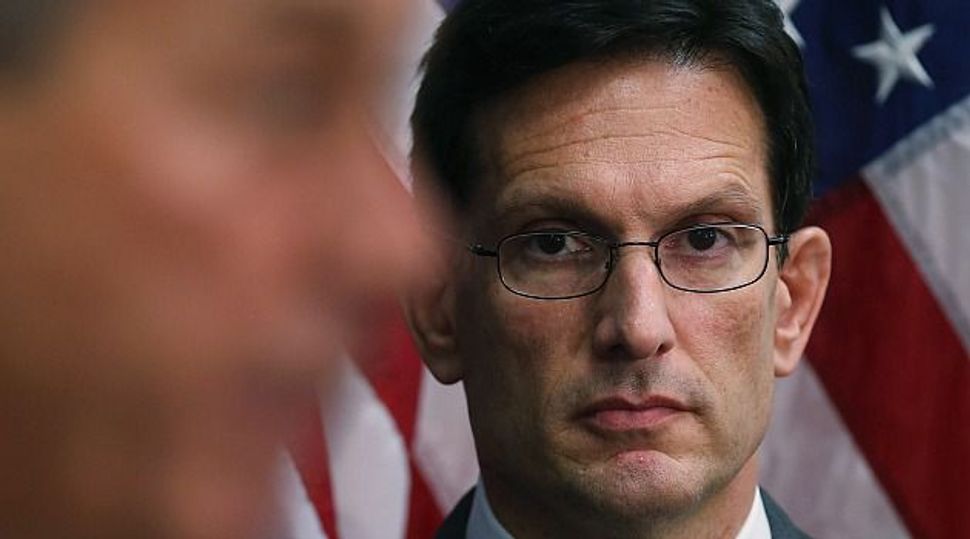 Under mounting pressure on immigration, Republican House Majority Leader Eric Cantor will meet with Jewish advocates for reform on Thursday.

Cantor, who is viewed by immigration activists as holding the key for a possible vote on immigration reform, has thus far turned down requests from advocates to meet and has not engaged with Jewish groups on the issue. In February, Jewish communal activists gathering at his hometown of Richmond, Va., sent a letter to Cantor urging him to meet with his Jewish constituents and discuss immigration.

Cantor’s Jewish grandparents fled anti-Semitism in Russia and immigrated to the United States in the early 20th century.

Following the event and after receiving the letter, Cantor’s office responded and told organizers the Majority Leader is willing to meet to discuss immigration reform.

The meeting will be framed as a discussion with local Jewish constituents, rather than a national-level dialogue. It will be attended by three Richmond rabbis and by representatives of the Jewish Social Justice Roundtable and the Reform Movement’s Religious Action Center. “We are going in with the best of intentions,” said Abby Levine, director of the Jewish Social Justice Roundtable, who noted that the goals of the meeting are to build a relationship with Cantor and to “talk about the obstacles he sees in bringing the bill to a vote and how we can work with him on that.”

As the highest-ranking Jewish House member, Cantor has come under increased pressure in recent weeks to allow a vote on immigration reform. A coalition of Jewish organizations, led by Bend the Arc, has launched a petition targeting Cantor on the immigration issue. “As American Jews, we believe in a nation that grants today’s immigrants access to the same basic freedoms and opportunities that drew our ancestors and yours,” the petition states. The drive is backed by Jewish immigration and social justice groups, but national organizations that had expressed support for immigration reform, such as the Anti Defamation League, American Jewish Committee and the Jewish Council for Public Affairs, would not sign on to a campaign directed at Cantor personally.

“Our goal,” said Director of Bend the Arc Jewish Action director Hadar Susskind, “is to bring the voice of a broad swath of the community to Cantor.”

Supporters of immigration reform legislation, which has passed in the Senate but is stalled in the House, are seeking an unusual congressional move known as a “discharge petition” in order to force House GOP leadership to bring the bill to a vote. Chances of the move, Democratic supporters admitted, are slim, but it is the only avenue available for bringing immigration reform to the floor.