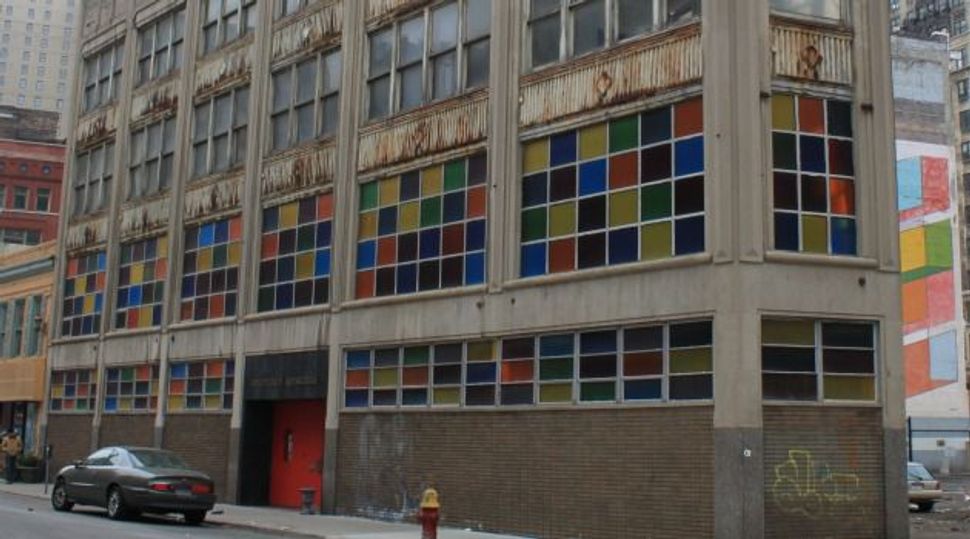 The Isaac Agree synagogue in downtown Detroit, which is ranked as the most affordable place in the U.S. to raise an observant Jewish family.

(JTA) — Sure, the news from the city of Detroit seems endlessly grim: bankruptcy, crime and so forth.

But the metro area, whose northwest suburbs host a panoply of Jewish amenities, is the most affordable place in the United States to raise a “committed Jewish family,” at least according to one graduate student’s admittedly “back-of-the-napkin” calculations.

In a widely shared April 28 post on his blog, Matthew Williams ranked the 10 most and least affordable places that meet the following minimum criteria: a mikvah, an eruv, at least one synagogue for each major denomination, K-12 Jewish day school options and at least one kosher restaurant or kosher-friendly supermarket.

Williams, a Jim Joseph fellow pursuing a joint doctorate in history and education in connection with Stanford’s Education and Jewish Studies program, came up with a list of 50 cities and towns that met the minimum criteria, then ranked them in order of affordability as measured by average real estate prices and average day school tuition.

Just behind Detroit are Cleveland, Buffalo and Milwaukee. At the other end, the least affordable, according to the ranking, are Palo Alto, Calif. (where Williams lives); Manhattan and San Francisco.

The post has garnered more than 57,000 visits, according to Williams.

Not surprisingly, the post generated comments galore, most of them of the “Why didn’t you include my community?” and “Every Jew should move to Israel” varieties, along with a few disses of the communities that the list did include. Others questioned Williams’ methodology, which he is the first to concede is imprecise — more rough draft than final product.

“There’s never going to be a definitive list of what’s the most affordable,” Williams said in a phone interview with JTA. “If anything, I just wanted to provoke the conversation.”

A former day school teacher at Melvin J. Berman Hebrew Academy in Rockville, Md. — a Washington suburb that didn’t make the list (D.C. ranked 10th least affordable, while nearby Silver Spring, Md. was 24th most affordable) — Williams said he was pleasantly surprised by the interest his list has generated.

“People seem to really care about this issue,” he said. “It strikes a chord.”

Jews searching for affordable places to live are being sought after by Jewish communities looking to bolster their numbers.

“There are definitely people looking for affordable options,” he said.

Isaacs said that as a result of the O.U.’s fairs, he gets calls from communities eager to tout their affordability and other virtues.

A number of smaller Jewish communities have, in recent years, not just promoted themselves at fairs and online but offered financial incentives — such as mortgage help and day school discounts — to attract young families. Isaacs, a former professional at the Jewish Federation of Metropolitan Detroit, expressed skepticism that Detroit is the most affordable Jewish community in the country.

Williams says he plans to redo his ranking to include additional factors, such as crime rates, percentage of day school students receiving financial aid, income data and cost-of-living indices. He’s also adding more communities to the list, incorporating some of the commenter suggestions, and is limiting the real estate price data to neighborhoods within easy commuting distance of Jewish institutions, rather than the entire metro areas — something he did inconsistently in the current ranking.

The redo may well topple Detroit from its No. 1 perch, since Williams used data for the entire metro area, rather than for far posher Oakland County, where the overwhelming majority of area Jews live. The rock-bottom housing prices south of Eight Mile Road, the border between city and suburb, no doubt skewed the averages dramatically downward.

Scott Kaufman, the CEO of the Jewish Federation of Metropolitan Detroit, told JTA that “the cost of Jewish life — housing and day school tuition — is very reasonable here.”

Moreover, he said, the community of approximately 67,000 Jews is on the upswing.

“We experienced population shrinkage for decades, but in the last few years, we have seen an uptick for the first time in recent memory of both young adults and young families,” Kaufman said.

And the growth is not just in the suburbs, he said, with 20- and 30-somethings increasingly moving to the city.

“Now is a great time to take advantage of the value proposition,” Kaufman said. “We’re starting to see real estate prices go up, but compared to the East and West coasts, you get a lot more bang for the buck.”