Confessions of a Christian Zionist 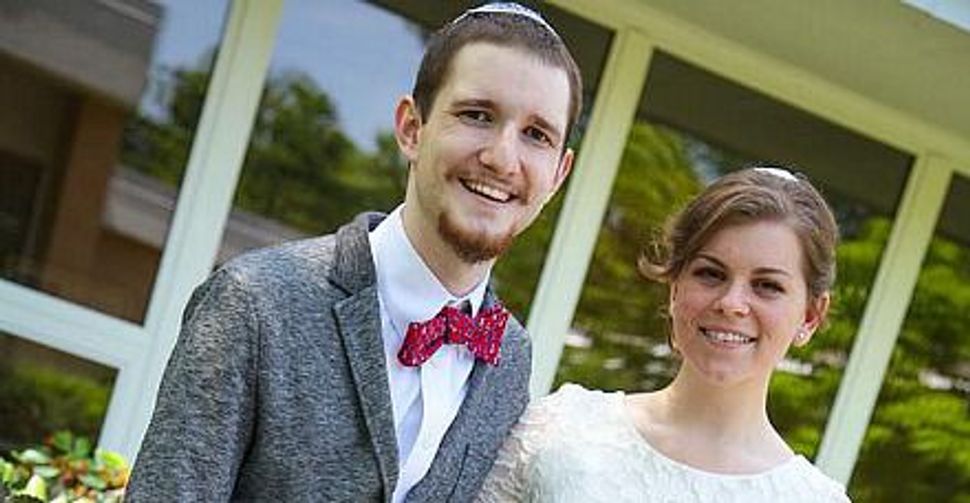 Image by courtesy of John Propper

As a child I knew nothing about Israeli culture, politics or people. But I was a Christian Zionist.

I believed with perfect faith that across the globe, the descendants of ancient Hebrews had been stirred by God to return to the Middle East. I believed Israel was the sole inheritance of the Jews. I imagined most Jews were Hasidic or Modern Orthodox, with the rare exception of a hopelessly secular Jerry Seinfeld or a Woody Allen. I knew nothing about Palestine. As my father once said to me, “God will not stand with those who will not stand with Israel.” Taking his words to heart, I stood.

I didn’t meet a Jewish person until I was nearly 15. My rural Georgia town had a population in the hundreds, and most everyone I knew was Pentecostal, Baptist or something like it. Religion was the connecting tissue of all our lives. The Jewish kid in my high school debate class seemed as aware of this as I was. He often drew lines between him and us, making jokes about how the Jews are greedy and how they killed Jesus. Though I didn’t understand him at the time, I know now that he was effectively stopping any bullying before it could start.

September 11 changed things, even in my tucked-away corner of Northern Georgia. We felt encroached upon by violent forces. The evening of the attacks, my family gathered in our close-knit country church. We prayed for the grieving survivors and, of course, for the protection of Israel. I said to my mother that day, “Jesus… he’s coming back soon, isn’t he?” She nodded reassuringly. All this suffering was necessary, I believed with sadness, watching in fear for what Jesus had described as the “birth pains” before the End of Days, when the world would be made new.

The days following 9/11 turned our attention to Israel and its position in the Middle East. As evangelical supporters of the Jewish state and believers in the coming apocalypse, we frequently begged for God’s protection over the country and her people.

We did this in shouted prayers. We spoke in tongues. Some who prayed would fall to the ground, slumping under what was believed to be the influence of God’s overwhelming power. We prayed that the Jewish homecoming to Israel would inspire willing Jews to abandon their faith and accept Jesus Christ as their savior before the Rapture.

At the same time, the evangelical world was being shaped by forces other than those on 9/11. One was the gathering Republican platform designed to give political voice to our beliefs and concerns; another was the massive popularity of the “Left Behind” series of Christian thrillers, which described apocalyptic world politics and the salvation of the Jews.

My father and I often discussed the end of time. We read religious tracts such as “The Order of Future Events,” which outlined one leading Pentecostal theologian’s take on Earth’s final days. At one point, using what we felt were cryptic clues in the books of Daniel, Isaiah and Revelation, I believed we had successfully pinpointed the Antichrist’s potential country of origin. We did all this in preparation of Jesus’ return, which every pastor, evangelist and theologian reminded us could happen any day.

At 15 my evangelical bubble began to deflate, and I became more fully aware of a world outside its walls. Like many who grow disillusioned with their childhood faith, it came as a shock to me that there were so few who saw the world the way our family did. I graduated from high school a couple of years earlier than my peers.

A few months living out of state helped to challenge my perceptions. At 16 I was taking college classes part time, and the loud, outspoken Democrat who taught politics and government could not have disagreed more with my fervent Pentecostal Orthodoxy. He was kind, but he challenged me to think critically. I struggled to pass the final, but the lesson stuck.

At first I merely tempered my impressions. My confidence in End Times prophecy remained. In 2005 the violence between Israel and Palestine reaffirmed this. However, my worldview eventually unraveled. By 17 I had serious doubts about Pentecostalism, if not every belief that came with it.

My parents’ marriage ended. By 19 I had left formal religious practice behind. My church attendance slipped off to nothing. I felt disoriented, but I could no longer accept the world as it had been offered. Eventually I abandoned my fearful study of the Middle East, forgot about Israel and transferred to a college in Michigan.

My next encounter with Israel came sometime later, after I fell in love with Judaism.

In summary, I fell hard. I fell in love with its customs, philosophy and haunting liturgies. I was in love with the Reform community across the street from my dormitory. And in love with the Jewish woman who would become my wife. I had been out of the evangelical world for a while; I was effectively deprogrammed, or at least deprogramming. Instead, I found Reform Jews to be rational, open-minded and unafraid of the world’s wideness. I was drawn into their orbit.

When I decided to convert, I returned to my study of Israel, but with very different eyes. I realized just how deeply the evangelical and Jewish worlds misunderstand each other. Still, there were some sparse similarities. For instance, I recognized the romanticism of my older Jewish friends. Israel symbolized the promise of a better future for them and their offspring. Their Zionism was good-natured, rooted in the decades-old optimism that once widely characterized the American perception of Israel. The more I read, however, the more I asked myself the question: To whom had Israel been promised?

Because I had never visited Israel, I was stunned to discover that the religious status of converts was a politically charged issue. Under the Law of Return, Israeli citizenship is the right of all Jews, yet the question of who is a Jew is controversial. Many of my fellow converts have immigrated as Jews, only to be heartbroken when, for instance, the Orthodox establishment denies them a marriage license on the grounds they aren’t Jewish.

This country I had seen the home of the Jews was — at least according to a significant and powerful segment of its population — not mine at all. Beyond this personally resonant issue, I also learned Jews my age were often skeptical of other Israeli political stances. As far as Jewish advocacy, I knew a little about AIPAC and the Anti-Defamation League, but until then, I had heard absolutely nothing about J Street, or other like-minded groups.

I suddenly realized that even the concept of “Zionism” was being shaped and challenged by many separate discourses happening simultaneously, often in contrast to one another. After my conversion was formalized, I found myself part of a people far more fractured than I had first understood. They were contending for peace from all sides of the conflict. To be Jewish, it seemed, was to be at odds — to question, to doubt, to struggle as our ancestors struggled.

The ignorant mental image of my childhood, with Jews as yarmulke-clad Hasids or as neurotic Woody Allens, had been replaced by the image in the mirror: my own. My reflection revealed tired eyes, a T-shirt and jeans. After my conversion, I still sneaked the occasional slice of bacon, looked forward to Saturday-morning cartoons on the Sabbath and was deeply conflicted about Israel. I mourned the violence on every side.

Meanwhile, a few remaining evangelical friends asserted the phoniness of my conversion. Though I still lived in Michigan, people I once knew sent emails and letters, some which said my “fall” was the result of demonic influences. Local preachers were asking around. Someone started a rumor that at least one other member of my family had also become Jewish, as if Jewishness were spreading diseaselike through the community. Most confused of all were my parents. My conversion had deeply hurt them, but that long-held totemism toward Jews remained.

“How can you be a Jew and have doubts about Israel?” my mother once asked as I attempted to explain the diversity of perspectives. “How can you not understand, now that you are Jewish? You are among the chosen people. God has a plan for you!”

Israel’s culture wars, the Palestinian crisis and the Orthodox hegemony: All were irrelevant. It seemed unreal to her that, whatever the reason, Jews would ever critique their own people, their own country. I assured her that many Reform Jews might even agree, at least in part, with some of her beliefs. Nevertheless, I insisted there were many voices on the subject. Such conversations often ended in my tears, or those of others. Two worlds, evangelical and Jewish, had met in my family. Like many perspectives on Israel, the voices were merely speaking past each other.

Israel had once symbolized to me God’s presence in a frightening world. As an evangelical, I looked to Israel as a tangible reminder that it would all be made better. In just a few years I had faced very real doubts about what was meant by “better.” I struggled to see Israel in all its beauties and challenges. Later, as a Jewish convert, I felt unwanted by the very country I was told should be my own. Doubts appeared.

Yet here, at my home in Florida, far removed from a life of prophecy and apocalypse, my doors have mezuzas on them. On my table sit Sabbath candlesticks and a challah plate. By my bedside I keep an old blue siddur. I think about the defensive Jewish kid from my high school. Sometimes I wonder where he is, and if he would forgive me for being unable to see him through my blinders.

I also see the growing voice of Israel’s secular population. I see a reluctant tolerance of non-Orthodox Jews. I see increasing dissatisfaction with the peace process. I feel careful optimism, an optimism that the small changes might signal a readiness to bring about the World To Come. The world I had hoped for. The world my older Jewish friends imagine when they dream of Israel. It’s a world that looks very different than I imagined it as a child — but we all have to grow up. Perhaps the root of my tendency to question, even when it comes to Israel, lies somewhere in my mother’s choice of words: “How can you be a Jew and have doubts…?”

Thankfully, in all this time, I haven’t found any other way to be a Jew.

Confessions of a Christian Zionist