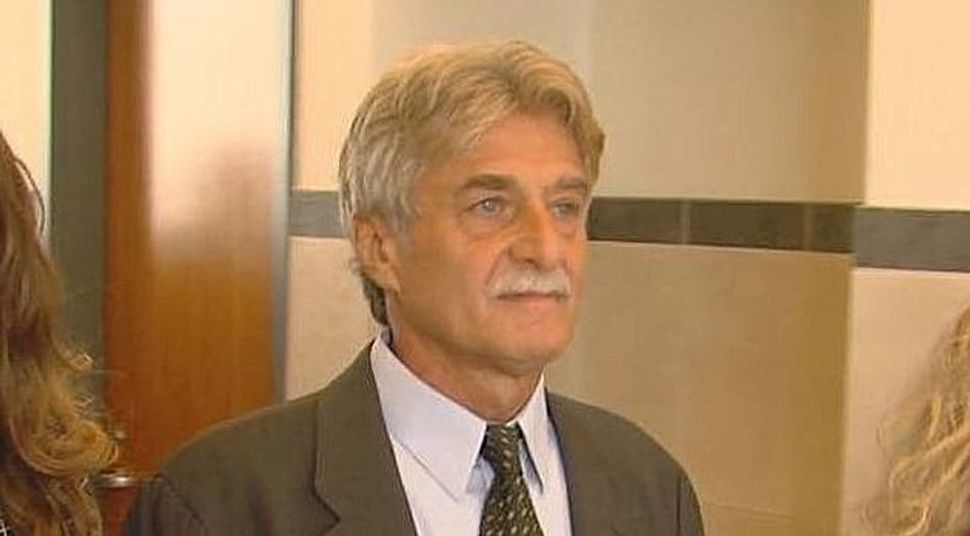 Stunning Charges: Dr. Robert Neulander is a prominent obstetrician in Syracuse who has volunteered for the JCC and local Jewish federation. The community is in shock at the news that he has been charged with murdering his wife. Image by facebook

The Jewish community of Syracuse, New York, was stunned by the news that Robert Neulander, a prominent obstetrician, was charged with the 2012 murder of his wife, Leslie Neulander.

Despite reports that police were eyeing Robert Neulander in the death, many local leaders called his June 23 arrest a major shock, especially given his activism in the Jewish community and in other humanitarian causes.

“Our hearts go out to their family,” said Marci Erlebacher, executive director of the Jewish Community Center of Syracuse. “This whole thing is a tragedy.”

Neulander, 62, served as one of the past presidents of the JCC. He and his late wife served as co-chairs of the federation annual campaign. In 2012 they raised about $1 million.

Leslie Neulander, 61, was found dead in the shower of the family’s Syracuse home September 17, 2012. The death was ruled an accident, but police focused suspicion on Robert Neulander after they received an anonymous letter accusing him of killing his wife.

Prosecutors say the doctor killed his wife and later moved the body to cover up the crime. No motive has been released, but Onondaga County District Attorney William Fitzpatrick said the couple was seeking a divorce.

The family has rallied to support Robert Neulander, including Leslie Neulander’s sister and brother and the couple’s four children.

He has worked at Faxton St. Luke’s Healthcare in Utica, New York, as medical director of the Obstetrical Care Center since 2012. He received his bachelor’s degree from Le Moyne College, a Jesuit college in Syracuse, and later earned his medical degree AT SUNY Upstate Medical University, where he also served his residency.

According to his attorney, Edward Menkin, Neulander is a “prominent community member who has delivered more than 10,000 babies.”

Neulander was heavily involved in the organization and funding of the sports and fitness campaign at the JCC. The Neulander Family Sports & Fitness Center offers numerous activities for teens, adults and seniors.

The Neulanders “were two very important people to our community,” Erlebacher said. “They were very active in volunteer work.”

Robert Neulander’s volunteerism extended past his local Jewish community. In 2009, he and his family journeyed to New Orleans on vacation. When they heard about the damage from Hurricane Katrina, Robert and Leslie Neulander abandoned their vacation plans to help flood victims.

The family cooked breakfast for other volunteers and worked on housing projects, recalled Norm Andrzejewski, CEO of Operation Southern Comfort, the group with which they worked.

“They were wonderful, outstanding,” he said.

After returning home, the Neulanders organized high school students to carry out a fundraising phonathon in their home for Operation Southern Comfort.

“We raised two or three thousand bucks that afternoon in their house.” Andrzejewski said.

Robert Neulander also served on the board of directors of Vera House, an organization devoted to helping victims of domestic abuse and sexual violence. In addition, he worked as a food pantry volunteer at his local center, and founded Women’s Outreach Inc., a not-for-profit that provides health care needs and coverage for uninsured or underinsured patients.

The list goes on. Both Neulander and his wife supported Planned Parenthood, the American Red Cross, the former Syracuse, Syracuse Stage and more.