Secrets of My Mother’s Jewelry Box 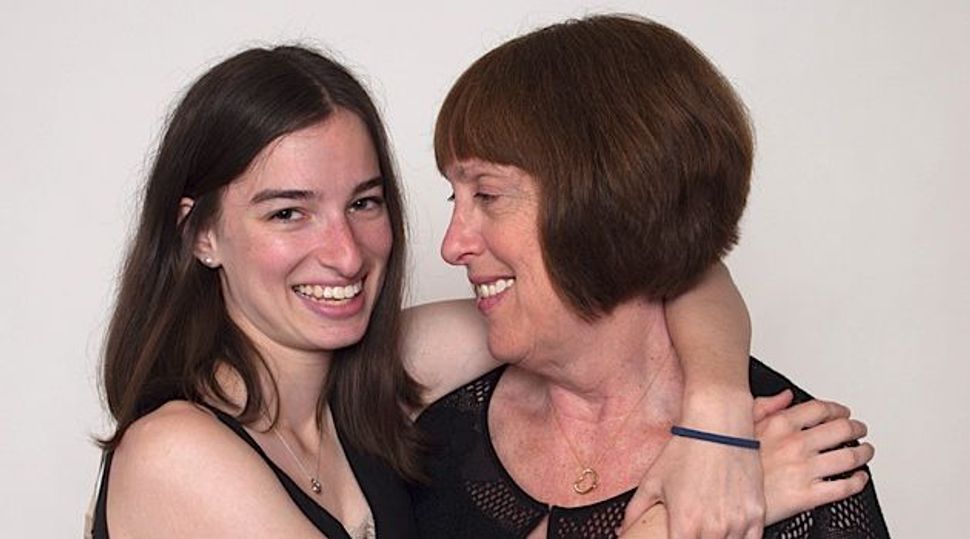 ‘I’m doing this because I love you,” my mother insisted.

For decades she tried to prepare me for her inevitable demise. Long before she succumbed to dementia, in between golf tournaments, she’d drag me to the bank vault every time I visited her in Florida, to give me a private tour of her safety deposit box. She’d point out her will, stock certificates and a piece of kitschy jewelry she used to wear to canasta games: a French poodle pin with a blue rhinestone collar. And there was a mysterious envelope titled “To Be Opened Only After My Death.”

I’d roll my eyes like a teenager, desperately wanting to avoid facing my mother’s mortality.

Mom was a product of the Great Depression. Keep cash under the mattress, she’d lectured. And buy gold.

I dreaded these bank excursions, but I respected my mother’s wishes. Afterward, she made a detour to her condo storage bin, where fraying, inexpensive cloth suitcases were piled in disarray, curly red ribbons tied onto handles for easy identification at the baggage claim. Pre Big Bertha clubs leaned on each other like old canes, the equivalent of wood rackets to a modern tennis player.

Mom made me practice opening the lock — insisted I write down the combination; at home I kept misplacing the numbers.

I was amazed by how cavalierly she could get ready for death, as if it were a recipe for noodle pudding. Her generation bought burial plots at the age when I was registering for college classes. My grandparents, who’d arrived at Ellis Island from Prussia without any material possessions, purchased their final-resting plots in Queens immediately after settling in the New Country — proud to become landowners.

“Wave to Grandma,” Mom would later command me in the backseat of the car, as we zoomed on the Long Island Expressway past overcrowded tombstones of countless immigrants. I recalled actually visiting the cemetery only once, as a kid. We had to step over other people’s graves in order to find Grandma. Otherwise, paying respects from the window of a Pontiac breaking 55 mph was our family tradition.

My father refused to spend his afterlife next to auto fumes. Raised in the Williamsburg section of Brooklyn, by an Orthodox mother with Hasidic relatives, he was a scientist with practical religious views. “When I die, bury me under the old apple tree,” he’d sing. Eventually he purchased a fifth-story mausoleum for my mother and him. “Safe from the alligators,” he explained. “Besides, it has a nice view.”

Twenty years after my father died, I craned my neck saying farewell to Mom, so close to the sky was she. Not an apple tree in sight. She had prepaid for everything, leaving me to make a donation to a rabbi she’d never met.

As instructed, I quickly traveled to the bank vault — for the first time without Mom, knowing it would be my final voyage. Sunglasses concealed my swollen eyes. The clerk slipped her key in the lock; I inserted mine. In a private room, I slowly raised the lid of the silver box. In the envelope was a handwritten account of her childhood in an orphanage. She’d divulged this trauma just once — the only time she shed tears in front of me. Then I read a brief written account of her impoverished beginnings: Her father’s early death from tuberculosis, the poverty forcing her mother to put all three children in an orphanage until they were teenagers, her inability to afford college even though she aspired to become a gym teacher.

In the envelope were four crisp $100 bills, as if just counted out by a teller. My mother never learned how to nurture and instill confidence in her own daughter. Instead of praise and true love, she left me protection from disaster.

I found her gold crown — attached to a real tooth. Even though it felt creepy, I tossed her incisor into my purse. Suddenly I realized I was next in line. It’s more comforting knowing someone older and wiser might be there to bail us out — even an imperfect mother. But as Mom used to say on each birthday, “What’s the alternative?”

After her mom passed away, she’d told me, “You’re a child until your mother dies.”

A month later I escorted my 15-year-old daughter, Amy, to my new bank vault, two blocks from home. She was more curious than annoyed to embark on a field trip illuminating her heritage through papers and possessions, handed down from ancestors she’d never met. I’d never had a mother who opened her arms, inviting me into her lap to cuddle, but what she left me were her most beloved belongings. Yes, I’d yearned for a different kind of affection, but these were the utmost symbols of love my mother could bequeath to me. I found the whole thing soothing. It was all I had.

“What’s a brooch?” she asked, giggling at the anachronistic word.

I pinned the vintage ivory cameo, a silhouette of a woman’s face framed by crystal stones, onto her shirt. It dangled heavily on the skin-tight stretchy fabric favored by teenagers today. “And this is my father’s pocket watch,” I then told her.

“Cool,” she said, and popped open the shiny gold round cover, revealing a 1-inch black-and-white photo, hand cut into a small circle. A dashing mustached man, an engineer on the design team for the Hayden Planetarium, the savior who elevated my mother into the middle class.

“He left engineering because of anti-Semitism,” I told Amy. “He took a safe job as a civil servant. He traded creative satisfaction with job security.”

“He was a whiz at math. Quiet, but kind…. Here’s my mom’s engagement ring. She gave her first one to my brother, because he couldn’t afford one when he got married. She picked out this replacement years later. It’ll be yours someday.”

Amy slipped it on for size. The sparkling three-carat stone atop two circular gold bands overpowered her slender fingers.

“What’s this?” she asked as her fingers landed on a half-dozen shiny Krugerrands in square Lucite boxes.

“Grandma always advised me to keep cash and gold under the mattress. In case of an emergency.”

“There were no ATMs. And ATMs can crash in a blackout,” I said, impulsively slipping five $20 bills on top of the gold coins. “Just in case.”

There was only one item I did not put back: a gold heart pendant purchased at Tiffany’s, a place Mom never imagined she’d ever enter when she was a “ward of the state.” Jewelry, she once told me, should be handed down among daughters. As Amy lifted up her long, thick black hair, I fastened the clasp and double-checked to make sure it was secure.

“Thank you,” Amy said in a choked voice.

She hugged me. I melted into the embrace as long as possible, as if she weren’t a teenager in the throes of separation, but the infant who used to mold into my torso, or the young child who greeted me with a plethora of kisses and hugs each time we were reunited — even after a few brief hours at preschool.

We didn’t talk about burial plots (I didn’t have one), nor did I instill any fear that upon my death she must rush to gather my worldly possessions. Together we lowered the box’s lid and closed the clasp. We paused for a few minutes before calling the clerk to lock it up next to everyone else’s lives. It was so quiet in that stark cubicle, where memories of all kinds rested on the same scratched laminated desk, where other families had gazed into their past and contemplated the future.

Outside we squinted from the sun. We treated ourselves to chocolate gelato, Grandma’s favorite.

Candy Schulman is an award-winning essayist who has just completed a memoir.

Secrets of My Mother’s Jewelry Box