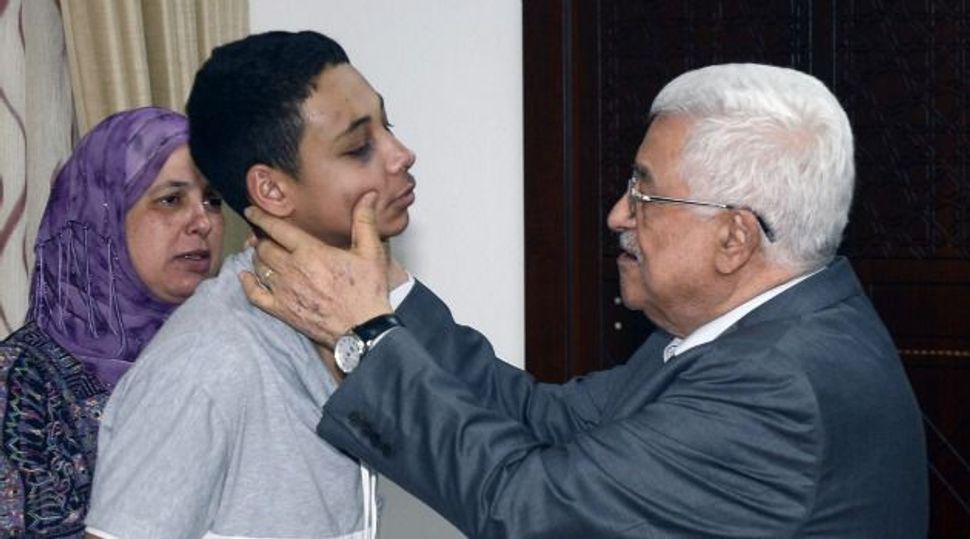 (Reuters) — Family and friends of a Florida teenager who says he was beaten by Israeli police while in detention describe him as a typical U.S. high school student.

Tariq Khdeir, 15, recently finished his freshman year at the Universal Academy of Florida, a private Islamic school where he played on the soccer team. He earned the summer trip to visit relatives by receiving good grades in all of his classes, said his aunt, Sanah Abu Khdeir.

His cousin, Mohammed Abu Khudair, 16, was abducted and killed in Jerusalem last week, sparking violent protests and calls from Palestinians for a new uprising against Israel.

“It was supposed to be a joyous summer vacation,” his aunt Sanah Abu Khdeir, 22, who lives near his family in central Florida, told Reuters. “He’s just a very spunky, fun kid,” who enjoys hot fries and funny movies, she added.

The Maryland-born teenager, whose family moved to Florida several years ago, is currently under house arrest in Jerusalem, following his release on Sunday by Israeli authorities.

U.S. State officials say he should be able to return home later this month. In Florida, friends and relatives are worried about his medical condition and that his return not be delayed.

“I’m hurt for him,” said Sanah Abu Khdeir, whose nephew was in tears when they spoke after his release. “He is completely lost and confused about what is going on.”

Photos show Khdeir’s face badly bruised and swollen. After his release, he told reporters that he had not taken part in clashes with police prior to his detention on Thursday along with five other protesters. Reports of his beating drew criticism from the U.S. State Department, and Israeli officials have opened an investigation into the allegations.

This was Khdeir’s first trip to Israel to visit his extended family in over a decade, his aunt said. He was traveling with his parents and two younger sisters, ages 10 and 5.

In Tampa, the middle-class family works in the restaurant business and lives in a townhouse near the local mosque, said Hassan Shibly, a neighbor and the executive director of the Florida chapter of the Council on American-Islamic Relations.

Tariq Khdeir had been looking forward to learning to drive and was hoping to earn a college scholarship to study business or electrical engineering, his aunt said.

“He is just your average, regular American teenager,” said Shibly. “It is just so sad to see him go through such a traumatic experience so early in his life.”