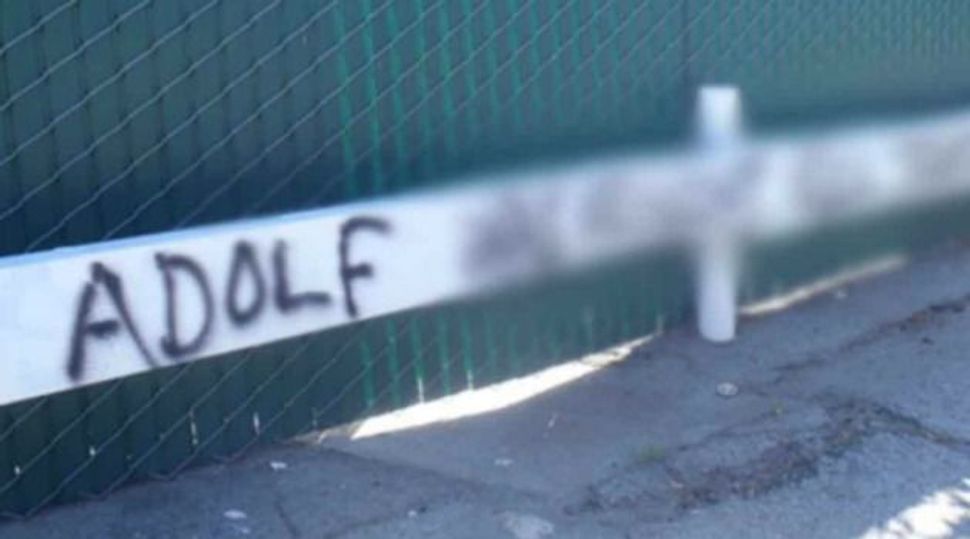 A 49-year old man has been sentenced to three years in jail for painting a swastika and anti-Semitic graffiti on a Jewish-owned plumbing supply store in the Van Nuys area of Los Angeles.

Amos Hason, who reportedly claimed to be Jewish in an earlier lawsuit, was found guilty Friday on three counts of vandalism and three counts of committing a hate crime, Los Angeles City Attorney Mike Feuer announced.

Hason was shown in two separate surveillance videos taken in April driving up to the Van Nuys store and painting a swastika and “Adolf was right. Kill Jews!” on the rear fence and a trash bin.

“Hate crimes will not be tolerated in this city and my office will continue to take swift and decisive action whenever these incidents occur,” Feuer said.

Prosecutors stated that Hason had targeted the same Jewish business owner previously, although the two had never met.

According to a report in the Los Angeles Times, Hason identified himself as Jewish in a previous federal lawsuit, in which he claimed that his civil rights had been violated.

Last year, Hason was convicted of ownership of a zip gun, a handmade firearm, and in 2008 was found guilty of possessing a deadly weapon with intent to assault another person.