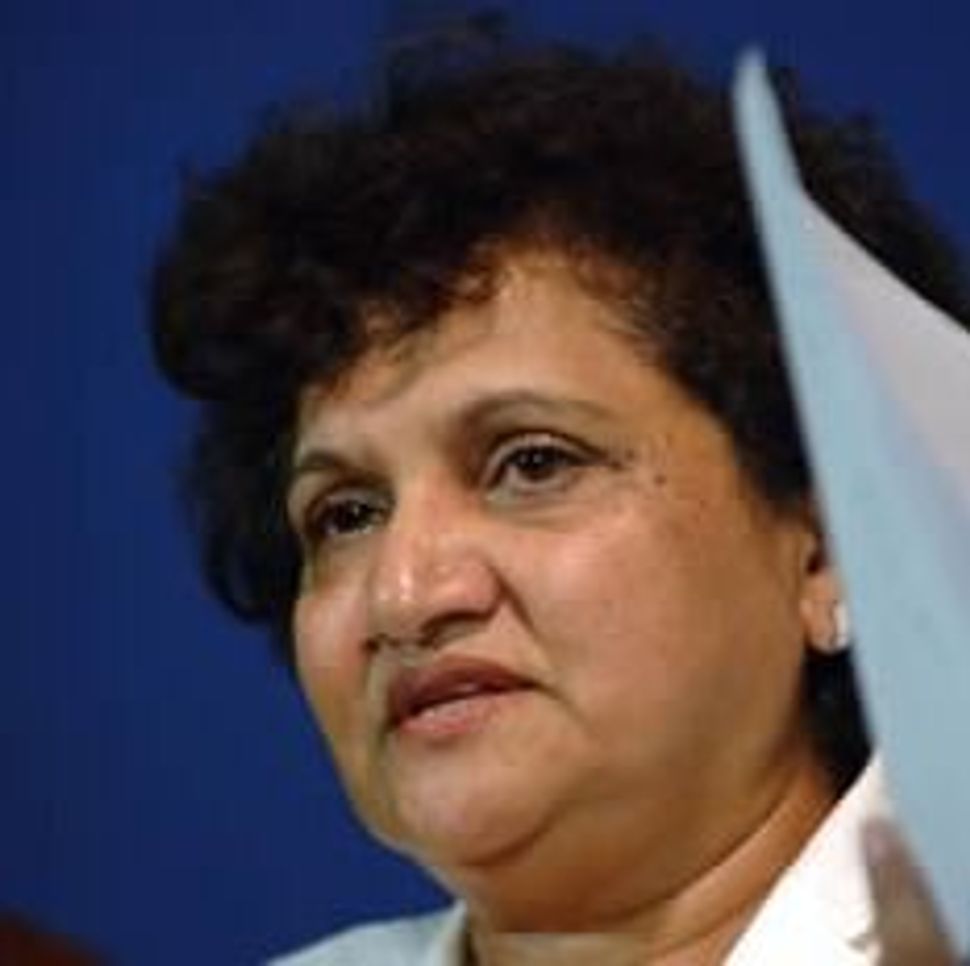 The social media manager of an African National Congress affiliate posted a Facebook message lauding Hitler’s genocide against the Jews.

The post by Rene Smit, who works at ANC Western Cape, displayed an image of Hitler with the title “Yes man, you were right…” followed by the line: “I could have killed all the Jews, but I left some of them to let you know why I was killing them.” At the bottom of the image was the message, “Share this picture to tell the truth a whole world.”

The South African Jewish Board of Deputies said it wrote to ANC Secretary General Gwede Mantashe about the post, as well as about the “very offensive Holocaust remarks” made in an ANC statement last week by Jesse Duarte. In the statement, which was posted on the ANC’s website, Duarte compared Israel’s treatment of the Palestinians to Nazi war crimes.

“As we move towards the month of August and are reminded of the atrocities of Nazi Germany, surely we must ask the people of Israel: has the term ‘lest we forget’ lost its meaning?” Duarte wrote.

South Africa’s chief rabbi challenged Duarte to a public debate, writing that Duarte’s “hate-filled outburst is so grotesquely untrue that it cannot be left to stand without the proper public scrutiny provided by a one on one debate,” Chief Rabbi Warren Goldstein said in a statement posted on his website. Alternatively, he said, she could retract her statement.

“Ms. Duarte’s comparison of Israel to Nazi Germany and Gaza to the Holocaust death camps, is abhorrent and beyond the pale of civilized discourse. The Nazi Holocaust is history’s greatest crime, meticulously detailed by the criminal regime that planned and executed over six million Jews,” Goldstein said. “She must be held accountable for her morally repugnant words, which have brought the ANC into disrepute.”

“The ANC anti-Israel attack is a despicable pack of lies,” said Rabbi Abraham Cooper, associate dean of the Wiesenthal Center. “With this despicable attack, ANC is also guilty; guilty of desecrating the legacy of Nelson Mandela, the ultimate icon of a freedom fighter, whose integrity and heroism still inspires millions of people around the globe.”

The ANC has not responded to the protests, according to South African Jewish activists.