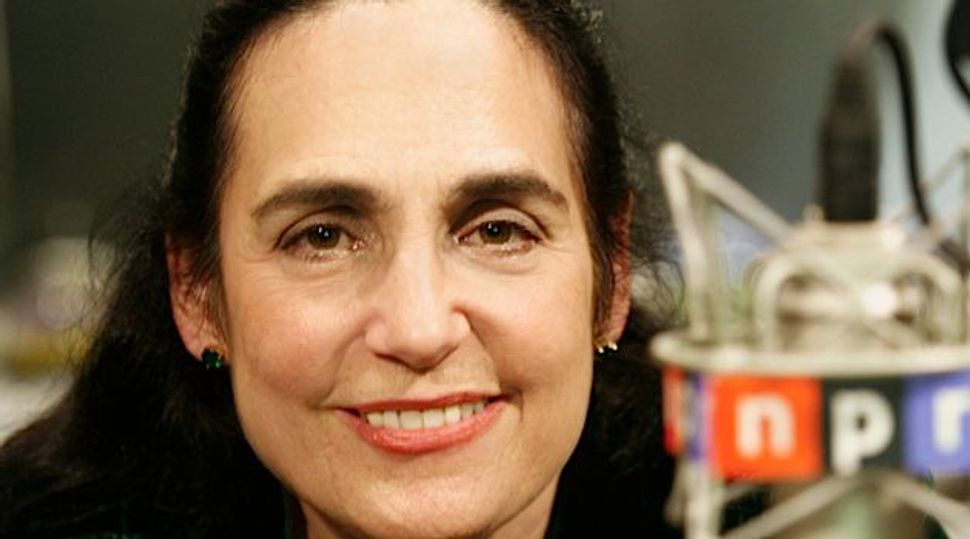 Image by Courtesy of NPR

When Margot Adler, the longtime Manhattan-based National Public Radio correspondent, succumbed to cancer this week at the age of 68, I thought back to the mid-1970’s when she worked at the left-leaning radio station WBAI-FM.

I was a cub reporter there, and when a clash between management and producers took the station off the air briefly in 1977, we met at Adler’s sprawling Central Park West apartment to strategize. Knowing that she was a self-declared witch, I half-seriously suggested that maybe she cast a spell on management to end the impasse. If only witches had a potion to stop tumors from spreading.

Adler was not the only Jewish witch on the air at WBAI during the 1970’s. The other was Marion Weinstein, who was also part of the Gardnerian tradition of witchcraft, named for the British civil servant and scholar of magic Gerald Gardner. It was that kind of place then.

The drift away from traditional Judaism in the Adler family began in the early 20th Century. Margot Adler’s grandfather, Alfred Adler, the famous Viennese Jewish psychotherapist and contemporary of Sigmund Freud, became a Protestant in 1904. Her mother, Freyda Nacque, was a Jewish agnostic according to Adler’s bio on a witchcraft web site. Her father, Kurt Adler, was a self-professed atheist. Some yichus, huh?

Oh, and not only was Margot Adler a major witch, she was a member of a Unitarian Universalist church in New York. Oy.

And yet when you talk to people who worked with Adler at WBAI-FM where she started her journalism career and later at NPR, you get the sense she was a prototypical New York Jewish character.

Robert Siegel, the venerable “All Things Considered” host wrote in an email that he considered Adler a secular Jew.

Larry Josephson, an Upper West Side neighbor of Adler’s who worked with her at WBAI, said: “Jewish ethics and culture were part of her DNA.”

Manoli Wetherell, the chief engineer of NPR’s New York bureau, says she learned the meaning of the Yiddish word “haimish” from Adler. She recalled Adler’s regular attendance at feminist seders and the menorah she always brought to NPR Christmas parties.

In my eyes, Adler was one of the many prominent Jews in the 1960’s counter-culture who, like Allen Ginsberg and Abbie Hoffman, rebelled against the established order. She participated in the free speech protests in Berkeley and was one of many New York Jews who went south to join organizing efforts as part of the civil rights movement. Her activist roots included traveling to Cuba to cut sugar cane as part of the Venceremos Brigade. While at WBAI she shared an office in the National Press Building with investigative reporter Seymour Hersh at the time he broke the story of the My Lai massacre in Vietnam.

It was during the Vietnam War that Adler got involved in witchcraft. Paul Fischer, who hired Adler at WBAI, saw her embrace of witchcraft as “a rejection of the rational universe, her way of rejecting the Adlers.”

Adler’s WBAI intern, Jim Freund, takes credit for her turn toward witchcraft. Freund remembers accompanying Adler in late 1972 to a presentation by a Witch Walli at a midtown Manhattan store devoted to the occult arts. “For some reason, many of the witches were Jewish.” Freund recalls.

Adler did fail to achive one of her career goals. In 1989 NPR turned down her application for one of the host jobs on “All Things Considered.” Adler joked then about about being passed over. ”I’m the victim of double religious discrimination,” she told me. “I’m a witch and a New York Jew.” The broadcast already had one New York Jew, Robert Siegel, and some NPR insiders believe there was a reluctance then to have a second.

More likely it was the prospect of having an “out witch” as one of the network’s standard bearers that made NPR brass uneasy.

“The last thing they would ever do is have a Wiccan as a host,” says Karen Michel, a veteran NPR freelancer based in New York’s Mid Hudson Valley.

Manhattan-based radio reporter Jon Kalish has been heard on NPR since 1980.