Ringleader in 3 Teens’ Kidnapping Is Nabbed 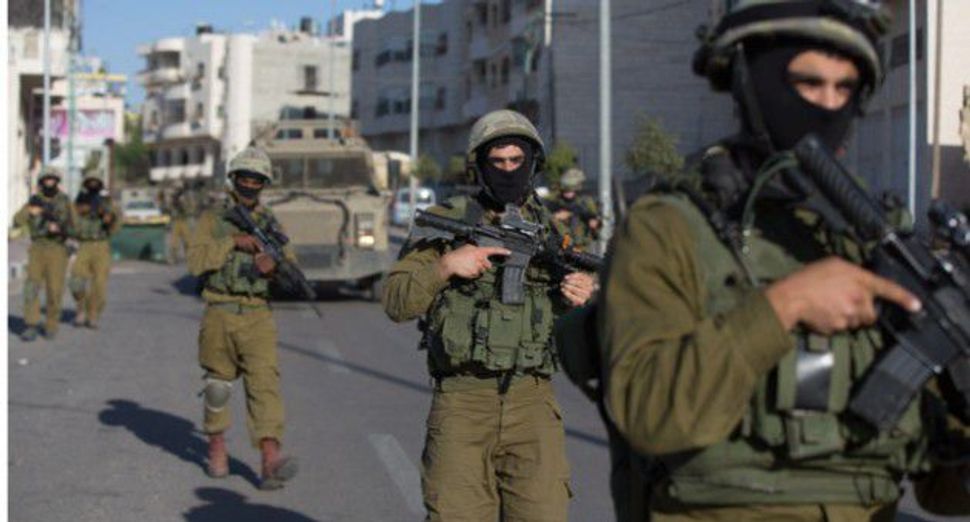 A West Bank man said to be the leader of the terrorist cell that kidnapped and killed three Israeli teenagers in June was arrested.

A gag order on reporting the arrest, which took place more than three weeks ago, was lifted Tuesday evening, according to Israeli media.

Hussam Kawasme of Hebron was apprehended while attempting to flee to Jordan under a false identity with the help of his family, Ynet reported. Kawasme reportedly admitted to serving as the leader of the cell that perpetrated the murders of Gilad Shaar, Naftali Fraenkel and Eyal Yifrach. Kawasme said that funding for the attack, which he used to buy weapons, came from Hamas in Gaza.

In his interrogation, Kawasme said he helped bury the bodies on a plot of land he had purchased two months prior to the murders. He then helped the two men who drove the car and shot the teens hide.

Security forces are still searching for the two men — Kawasme’s brother, Marwan, and Omar Abu Aysha. Marwan Kawasme, who is active in Hamas, was freed in the Gilad Shalit prisoner exchange and deported to Gaza, The Times of Israel reported.

Another suspected cell member, Hussan Dofesh, also was arrested a month ago in Hebron.

The bodies of the three teens were discovered following a massive search on June 30 in a shallow grave in a field near Hebron, 18 days after they were kidnapped and murdered.

Ringleader in 3 Teens’ Kidnapping Is Nabbed