Why the Hebrew Numbers Six and Seven Sound Almost English 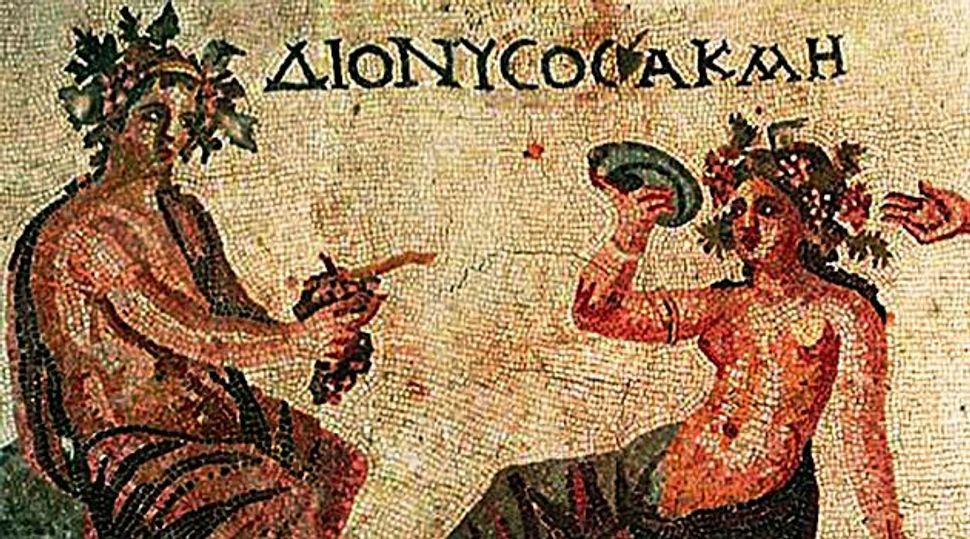 “I am curious about the Hebrew numbers shesh and sheva [six and seven] and their other Semitic equivalents. They are clearly related to the English six and seven, and to like-sounding words for these two numbers in additional Indo-European languages. I wonder if you have any idea of how this came to be.”

Mr. McLagan’s question is one that has intrigued historical linguists for a long time. The facts are incontrovertible. On the one hand, in all the languages of the Semitic family the words for six and seven are, like the words for other numbers, similar: shesh and sheva in Hebrew, sitta and sab’a in Arabic, shetta and shub’a in modern Aramaic, siddist and säbat in Amharic, etc. On the other hand, in the Indo-European family to which English belongs, there is a close parallel: sechs and sieben in German, six and sept in French, sześć and siedem in Polish, sheshí and septyni in Lithuanian and so on. No other Semitic and Indo-European words for numbers resemble each other in this way.

How can this be explained? There are, basically, three possibilities: coincidence, common origin and borrowing.

Possibility No. 1: Coincidence cannot be ruled out. It is not uncommon to find in different languages similar-sounding words having nothing to do with each other but designating the same or nearly the same thing; indeed, considering how many words all the world’s languages have, it would be surprising if this weren’t so. With six and seven, to be sure, we are talking about two linked words rather than one, which decreases the statistical probability of coincidence greatly, but that still doesn’t mean it couldn’t be the answer.

Possibility No. 2: A common origin would once have been dismissed by nearly all linguists, since the Semitic and Indo-European families were generally considered to be totally unconnected. In recent decades, however, the theory that they, plus a number of other linguistic groups, had a common ancestor that was spoken some 15,000–20,000 years ago has gained ground. Generally referred to as “Nostratic” (from Latin nostra, “our”), this ancestor, its proponents believe, had words for numbers that mostly changed so much over the millennia in the families descended from it that the resemblance is no longer recognizable across the lines separating them. (Think of English “four” and Hebrew arba, or English “five” and Hebrew ḥ amesh.) In the case of “six” and “seven,” however, the argument goes, the changes were small and the shared background remains obvious.

This is no place to go into a discussion of whether Nostratic ever existed. Even if it did, however, the question must be asked: Why did the words for six and seven change remarkably little in its descendants compared with the words for other numbers? Why should these two words have behaved so differently? Unless there is a way of accounting for this, we are left with a very partial and unsatisfying explanation.

Which brings us to Possibility No. 3: borrowing. On the face of it, this seems the least likely. Languages tend to borrow words from other languages when the loan word fills a gap in their vocabulary. When the prehistoric Greeks, for example, learned to drink and make wine from the Semites, they took the Semitic word for wine (Accadian inu, Phoenician yen, Hebrew yayin) and turned it into oinos, which then spread to other European languages (for example, Latin vinum, Russian vinó, Welsh gwin). But the first Indo-European and Semitic speakers already had words for numbers. Why would either group have borrowed two such words from the other?

There are a relatively small number of existing languages in which the numbers from six to 10 reduplicate those from one to five, just as the English numbers from 13 to 19 reduplicate those from three to nine. (This is done, of course, by adding the suffix “teen,” an old form of 10, so that 13 is “three-and-10,” fourteen “four-and-10” and so on). As an illustration, one might take the Siberian language of Chukchi, in which one is ennen, two is ngireq, three is ngeroq, four is ngeraq and five is metlingen, after which we have ennanmetlengen (“one-and-five”), ngirometlengen (“two-and-five”) and ngerometlengen (“three-and-five”). The reason for this would seem to be that, once upon a time, Chukchi speakers counted to only five, using the forefinger of one hand to enumerate the fingers of the other. (This would not have been so unusual. Well into the 20th century there were still so-called “primitive languages” whose speakers counted no further than three, after which came not four but “many.”) When Chukchi speakers, presumably, began to count on both hands, they named the six-to-10 numbers after the one-to-five ones.

Suppose this happened with Nostratic, too. Let’s imagine, that is, that 15,000–20,000 years ago it had words for only the numbers up to five, and that after proto-Semitic and proto-Indo-European went their separate ways, the speakers of one of these families began to count to 10 and invented words for the new numbers. When, through contact with them, speakers of the second family also began counting to 10, they borrowed some of these words — specifically, those for six and seven. Am I convinced that this is what happened? Not at all, but it’s no worse a theory than the others.

Why the Hebrew Numbers Six and Seven Sound Almost English