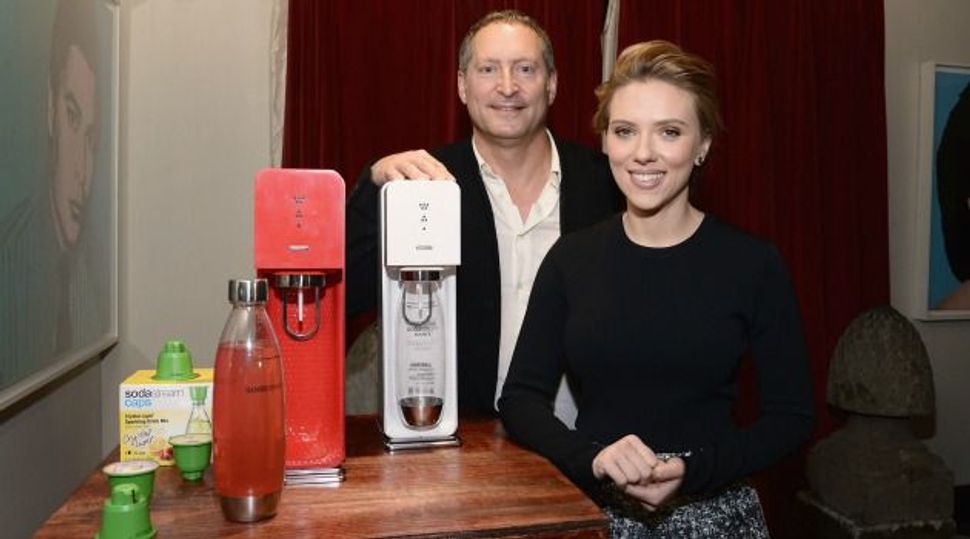 The Israeli beverage maker’s decision has nothing to do with the “financial terrorists” who organized the boycott, said Birnbaum. The BDS campaign turned U.S. actress Scarlett Johansson into a darling of Israel supporters when she quit her role as Oxfam representative over the charity’s insistence that she could not represent SodaStream if she were to remain with Oxfam.

“The considerations will be purely financial, and do not include the European boycott on manufacturing in the territories,” said Birnbaum. “Nor [will they include] the various calls to boycott products of the company because of its location in Ma’aleh Adumim. The boycott is a nuisance, but does not cause serious financial damage. We are not giving in to the boycott. We are Zionist.”

The home soda-machine manufacturer – which has lost more than 35% of its value over the past year, financial news company The Street reported August 19 – will not cave in to boycotters’ demands, Birnbaum said.

The possible closure of the West Bank plant, located in the industrial zone of Mishor Adumim, outside Jerusalem, is a result of expanded activity in a new plant in the Negev town of Lehavim.

Even if the Mishor Adumim plant remains open, SodaStream could still decide within the next two months to cut down its activity there. It is relocating some of its Mishor Adumim production lines, where the beverage machines are manufactured, to Lehavim.

SodaStream has already fired 100-200 workers at the West Bank plant. There are now 1,100 employees there, of whom 850 are Israeli Arabs or Palestinians. The company also has a plant in the Galilee and another in Ashkelon, and 20 additional plants around the world.

Birnbaum said SodaStream plans to cut costs of the soda-making machine by 4% if it becomes more efficient.

But the news is not all bubbly.

In a recent earnings report, the company revised its expected revenue downward, saying it expects its revenue will rise by 5% rather than 15%, The Street reported earlier this month. It said the company continues to show a lower profit margin and failed to expand its reach in North America.