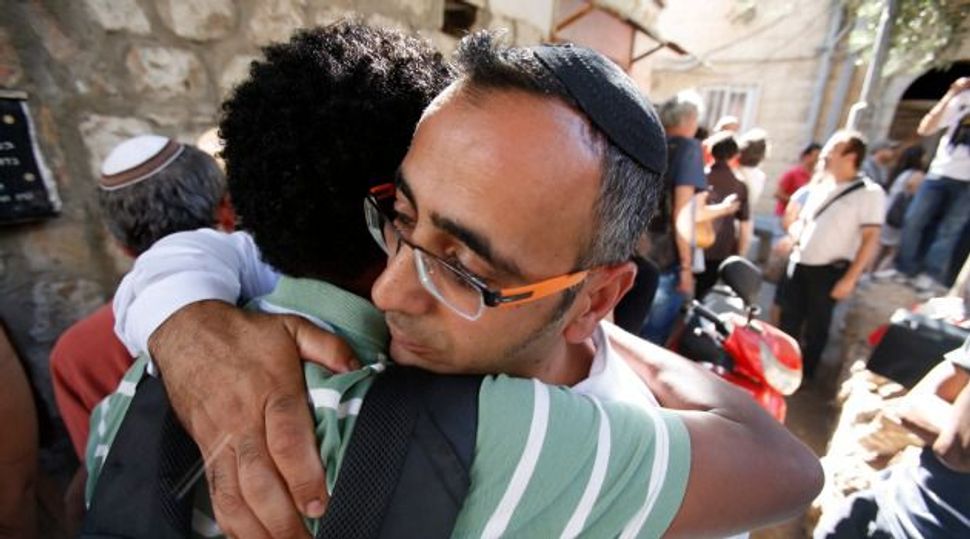 It worked for Democrats when they were underdogs in America during the last decade, and now some believe it can work for beleaguered liberals in Israel.

The New Israel Fund, the largest funder of liberal causes in Israel, has announced that it will shift one-fifth of the $30 million in annual grants it provides mostly to Israeli grassroots social service and civil rights groups to more political purposes. Its aim, the group states bluntly, is “to change the public discourse and strengthen the pro-democracy, progressive camp in Israel.”

In America, it was organizations such as MoveOn.org, Media Matters and the Center for American Progress that proved valuable in shaping and consolidating progressive public opinion. Many observers credit them with playing a significant role in Barack Obama’s 2008 presidential victory.

In practice, the plan, tagged NIF-D, as in D for democracy, will take NIF, which has long been accused by its rivals of being a fundraising arm of the Israeli left wing, deeper into the Israeli political debate. And while the new initiative is not aligned with any political party, its goal is to establish an Israeli “progressive infrastructure” similar to the one that helped bring the Democrats back to power in America.

“There is no such thing as apolitical in Israel,” said Daniel Sokatch, the organization’s CEO. “Our plan,” he stressed, “is not about partisan [party] politics but about advancing a progressive agenda.”

NIF-D has been in the planning stage for more than a year and is a result of extensive discussions held by the group’s leadership with its partners in Israel and with the American donors providing the funds.

Established in 1979 as an American not-for-profit organization, NIF emerged as one of the largest grant makers in Israel, its funding exceeded only by the Israeli government and the Jewish Agency. Under a broad mission to promote social change, it funds human rights organizations such as the Association for Civil Rights in Israel, B’Tselem and Adalah which seek to investigate and — through publicity and legal action — stop Israeli human rights violations committed primarily but not exclusively against Palestinians. NIF also funds groups working to promote women’s rights, empowerment of Arab-Israelis and Ethiopian immigrants, social justice and religious equality.

The recent shift in focus, described by Sokatch as a “strategic addition,” reflects, in part, a feeling shared by many NIF activists that they are losing the institution-building race to Israel’s right wing.

In recent years, conservative and right-wing groups gained prominence, with think tanks such as the Shalem Center growing in influence, and with media and nongovernmental organization watchdogs, including Im Tirtzu and NGO Monitor, playing a key role in shaping Israeli public discourse. The left, which once dominated Israeli academia and the press, failed to produce new vehicles to carry its message to an Israeli public. According to public opinion polls, it’s a public that has been growing increasingly intolerant.

Events surrounding the Gaza war, including expressions of violence toward anti-war protesters and animosity aimed at Israeli Arabs, only highlighted NIF’s sense of urgency in changing course, officials there said. “It accentuated the need for action,” Sokatch said. “The war reminded us that the critical issue now is trying to figure out how to help those in Israel who are truly trying to build a shared society.”

Separate from the launch of the new initiative, the NIF also announced it has elected Talia Sasson to serve as the group’s next president, replacing Brian Lurie in June 2015. Sasson was a senior attorney at Israel’s Attorney General’s office who composed a 2005 report on illegal Jewish outposts in the West Bank. Sasson’s report, which revealed the magnitude of the outpost activity and the massive government funding directed at illegal settlements, has since become one of the most important documents detailing Israeli settlement activity. 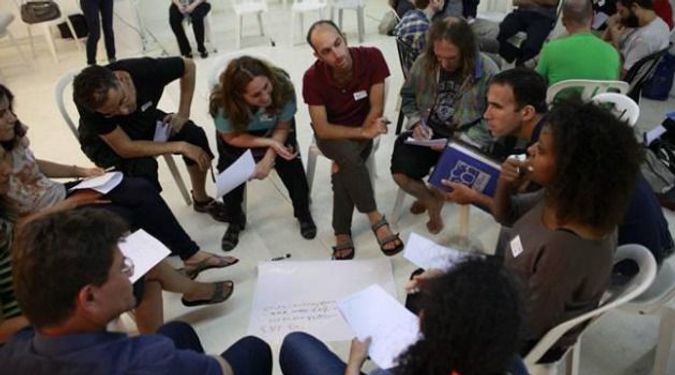 According to the new plan, NIF will divert 20% of its funds this year to support the new agenda and intends to increase funding in the future. One of the key aspects, already operating, is working with think tanks and research institutions to provide a progressive vision on foreign policy and security issues.

Among the new key partners in Israel is Molad, a research institute established in 2012 with seed funds from NIF. Molad recently drew attention with a report it published that detailed the huge disparity between Israeli government funding to West Bank settlements and the support it provides to communities along the Gaza border that had been subject to hardship following Hamas attacks.

Another group joining the partnership is The Council for Peace and Security, a group of nearly 1,000 former senior military and security officials who are striving to promote a two-state solution as the only way to ensure Israel’s long-term security. “We provide the security plug-in to the partnership with NIF,” said the council’s director general, Aviv Feigel. The council, he noted, “shares NIF’s concerns over the lack of a political horizon that could lead Israel to lose its Jewish and democratic character.”

Another partner for NIF’s policy initiative in Israel will be Mitvim, a relatively young think tank focusing on Israeli foreign policy.

As a model for its new initiative, NIF looked at the Center for American Progress, which will also partner with Molad in some of the projects. CAP, a think tank committed to progressive values, has produced throughout the years many experts and policy papers that have helped set the liberal agenda and provide a basis for the Democratic Party’s ideological platform.

NIF has also examined the work of other groups in charting its new course. Media Matters for America, a liberal media watchdog, is seen as the model for a similar Israeli organization now being formed. NIF is also working with Israeli partners to build an Internet platform to mobilize financial support in Israel for progressive causes based on the successful model of MoveOn.org.

One of the initiative’s goals is to broaden the progressive constituency in Israel, which is now dominated by upper middle-class Ashkenazi Jews, to include Mizrahi and traditional Jews.

Shifting funds to support the new causes will inevitably mean that some of NIF’s current grantees will lose their funding. The group is now in the process of deciding which organizations will be cut. But Sokatch emphasized that the shift will impact mainly funding that is already about to expire.

The new plan is likely to draw renewed attention to NIF’s work in Israel, including from the fund’s critics, who have portrayed it as extremist. In 2010, following the United Nations’ Goldstone Report that accused Israel of war crimes in Gaza, NIF was subject to a vicious advertising campaign launched by Im Tirtzu, a right-wing organization that describes its goal as advancing Zionism in Israel. Im Tirtzu accused NIF and its president at the time, Naomi Chazan, of siding with Israel’s enemies by providing information that was used by the U.N. committee chaired by South African jurist Richard Goldstone.

Since then, criticism against NIF has subsided. In part, this is thanks to the group’s stronger voicing of its opposition to boycotting Israel and to a one-state solution for Israel and the Palestinian territories the state occupies. NIF has set up red lines on these issues for groups that it funds.

Gerald Steinberg, president of NGO Monitor and one of NIF’s harshest critics, views the new strategic shift as part of the group’s attempt to claim the center-left mantle. “To be more political and effective in Israel, they have to move from the far left to the center left,” he said. Steinberg argued that NIF’s support for groups like B’Tselem and Breaking the Silence, a group of army veterans who gather testimony on human rights violations from Israeli soldiers, has placed it outside the Israeli mainstream. This will make the group’s strategic shift “too little, too late,” he said.

Sokatch rejects Steinberg’s prognosis. But he, too, says the goal of the new move is to revive Israel’s center left. In his view, it is not only a response to critics from the right, but also mainly to those from within the progressive camp that have given up. “It is an antidote to all those people bemoaning the fate of liberal Zionism,” he said.