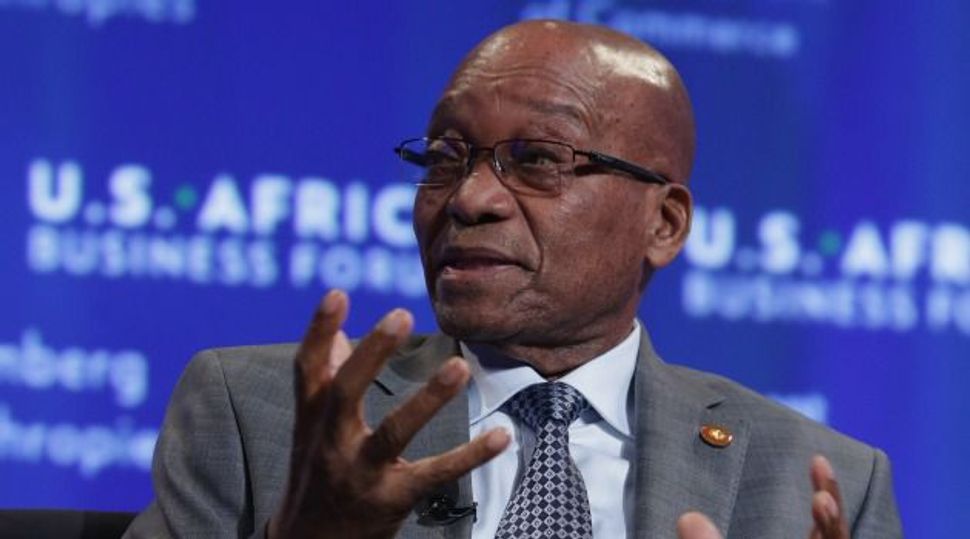 The president of South Africa emphasized that his government is committed to combating anti-semitism in a meeting with the leadership of the South African Jewish Board of Deputies on Thursday night.

The meeting was held to address anti-semitism in South Africa in the wake of this summer’s conflict in Gaza. The leaders of the SAJBD briefed President Zuma on the rise in anti-semitic activity and discussed ways in which South Africa could contribute to a peaceful two-state solution in Israel.

“It showed a real commitment to the South African Jewish community,” said Zev Krengel, president of the SAJBD. “And we were impressed by his commitment in not only engaging in South Africa but also his engagement on Israel.”

President Zuma was accompanied by Maite Emily Nkoana-Mashabane, South Africa’s Minister of International Relations and Cooperation, and Jeffrey Radebe, the Minister in the Presidency. The SAJBD was represented by Krengel and SAJBD National Chairman Mary Kluk. Jonathan Silke and Ben Swartz of the South African Zionist Federation also attended the meeting. Both sides were encouraged and agreed to meet in the future to continue to address the problems they discussed.

“From our point of view, his commitment is to engage, not to disengage,” Krengel said.

During the course of the meeting, the SAJBD also pledged to assist in the implementation of South Africa’s NDP Plan (National Development Plan), a national economic plan aimed to reduce the country’s inequality and poverty rates.