For Many Converts, Bumpy Road to Mikveh Only Beginning of Woes 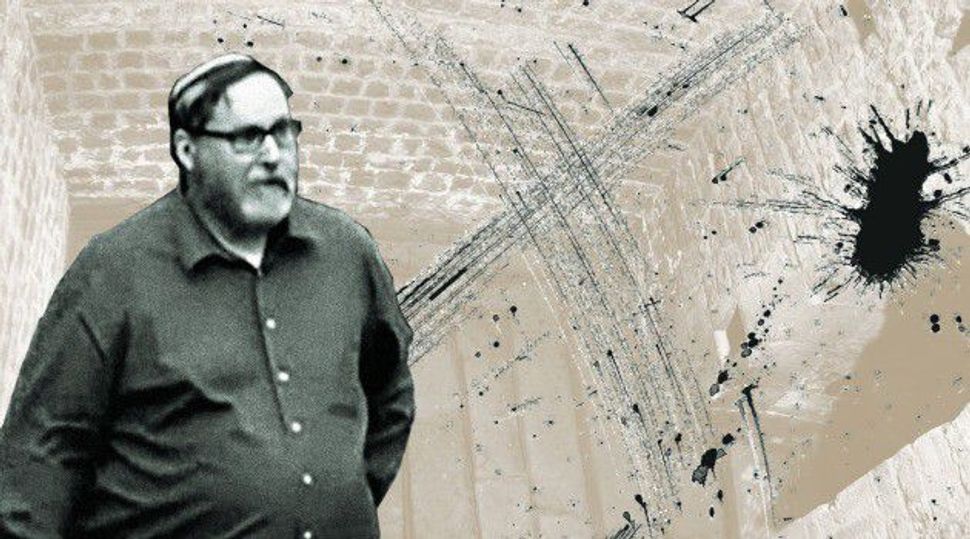 (JTA) — There was the convert who was barred from a synagogue on Yom Kippur, the Jamaican convert whose boyfriend’s rabbi offered him a coveted synagogue honor if only he’d dump her, the grandmother who told her granddaughter she’d be going to hell because she became a Jew.

The road to conversion can be long and difficult for many prospective converts to Orthodox Judaism, filled with uncertainties and fear about gaining final rabbinic approval. Yet even once they emerge from the mikvah as newly minted American Jews, many find the challenges hardly end.

“Most of my negative experiences were after the conversion,” said Aliza Hausman, a 34-year-old writer and former public school teacher in Los Angeles.

“I was really excited about [attending] my first bar mitzvah. But when I got there the rabbi’s shtick was that he would tell the most derogatory jokes about goyim he could think of,” Hausman recalled. “My first Pesach was listening to someone whose daughter was in a matchmaking situation, and out of nowhere she starts talking about shiksas,” a derogatory word for non-Jewish women.

One Yom Kippur, Hausman, who is of mixed-race parentage, said she was stopped at the door of her in-laws’ synagogue by people who assumed she couldn’t possibly be Jewish. She ran back to her in-laws’ home in tears.

Many Orthodox converts contend that the Orthodox community is less accepting of Jews by choice than the more liberal Jewish denominations, where converts are far more numerous.

In the first couple of days after the arrest last month of Rabbi Barry Freundel on charges that he installed a secret camera in the mikvah at his Orthodox shul in Washington, Kesher Israel, many of Freundel’s converts expressed concern that the legitimacy of their conversions would be challenged. The Rabbinical Council of America, the nation’s main centrist Orthodox rabbinical group, quickly announced that it would stand by Freundel’s conversions, and Israel’s Chief Rabbinate eventually offered similar indications.

Orthodox converts say it’s not unusual to be asked to produce their conversion papers – either by Israel’s Chief Rabbinate, if they seek to marry in Israel, or by a Jewish institution, potential matchmaker or prospective in-law.

One woman who asked to be identified only as Sarah due to the personal nature of her experience said that when she became involved in a serious relationship with a man from a Chabad family, his father demanded to see her conversion papers and decided her conversion wasn’t kosher. Thus began a long odyssey to convince her future in-laws that hers was a bona fide conversion. (Sarah did not convert through the RCA system, whose certified conversions are broadly accepted, because she said RCA rabbis refused to meet her or respond to her inquiries.) Eventually her future father-in-law’s concerns were assuaged.

Back when she was studying for conversion, a rabbi offered Sarah an early indication that finding a mate would not be easy.

“The rabbi said to me, ‘We don’t have much to offer you in the way of husbands. The only thing we would have to offer is the bottom of the barrel,’ ” she recalled.

Rabbi Yosef Blau, a Yeshiva University spiritual adviser who is among the 15 or so rabbinic volunteers who staff the RCA’s conversion courts in New York, says the courts are very cognizant of the challenges of integrating converts into the Orthodox community – and wary of converting those unlikely to succeed. That’s partly why the conversion courts require that every convert have a sponsoring rabbi, he said.

“There has to be a sponsoring rabbi so there’s someone who is gong to take responsibility to keep up with that person after the conversion takes place – making sure the community accepts that individual fully as Jewish, has a place to go to holidays, for example,” he said. “It’s hard enough for a single person to function in the Orthodox community, which is family oriented. The convert doesn’t have any of these support mechanisms.”

Unmarried converts often are fixed up with the community’s least desirables, converts say. Non-white converts say they are frequently fixed up only with members of the same race, even if they have nothing else in common.

Converts “receive the absolute worst shidduch [matchmaking] recommendations for potential marriage partners, if they receive them at all,” wrote Bethany Mandel, a convert in her “Bill of rights for Jewish converts” in the Times of Israel after the Freundel scandal broke. “A corporate lawyer does not deserve to be constantly matched with the likes of a janitor just because he happens to be another black convert (yes, this happened to a friend on a serial basis).”

Rabbi Zvi Romm, who administers the Orthodox conversions in New York certified by the Rabbinical Council of America, says the demographic profile of most converts doesn’t make things any easier: Most are women in their late 20s and early 30s.

“When you convert at that age, you’re at a disadvantage,” said Romm, who expressed sympathy for the challenges facing converts. “These people convert and they’re all starry-eyed, and they have this very idealistic image of what the Orthodox Jewish community is all about. Then they have a hard time getting dates. There is a certain degree of prejudice against geirim,” – Hebrew for converts.

Conversion also can be lonely. New to the community, converts often have no place to go for Shabbat or holidays.

Yossi Ginzberg, an Orthodox activist who along with his wife runs support programs for converts, including hosting them for Shabbat and holidays, says the community needs to more attuned to welcoming converts – a mitzvah the Torah makes clear in passages about “loving the ger,” or convert.

Ginzberg says some of the greatest resistance to converts comes from their own families. At a wedding last week for a convert who remarried her Jewish husband just hours after formally becoming a Jew, the bride’s mother unexpectedly refused to attend because she was upset that her daughter had rejected Jesus. The mother eventually was coaxed into the Brooklyn synagogue basement where the wedding took place by interlocutors who argued that her daughter’s conversion to Judaism amounted to an embrace of Jesus’ original religion.

Some converts say they face hostility within their own families when they explain that they can no longer eat in their parents’ kitchen or face the predicament of a sibling’s church wedding (Orthodox authorities commonly forbid entering churches or attending church services).

“The biggest transition for me was adjusting to always having to rely on close friends for certain things, like the holidays, especially since I come from an Italian family that’s really close knit,” said Stephanie McCourt, an Orthodox convert in her 20s originally from Connecticut. “Balance between religion and family will always be a struggle.”

Ariella Barker, a 34-year-old single attorney, says that after her conversion she would often leave her lower Manhattan home to spend Shabbat on the borough’s Upper West Side, home to America’s single-largest concentration of modern Orthodox singles. But the scene there felt like a club in which she clearly was not welcome.

“I felt like an outsider. I really couldn’t break through and make a lot of friends,” Barker said. “People would always ask me, ‘Are you Jewish?’ or ‘What’s your Hebrew name?’ I never felt like I fit in.”

Barker immigrated to Israel a year after her conversion and said she immediately found a warm embrace in her multinational Jewish neighborhood in Jerusalem. But four years later she became ill, forcing her to move back in with her mother near Charlotte, N.C. Now she says her greatest challenge as a Jew is her isolation. The closest Orthodox synagogue is a 45-minute drive away, and it’s Chabad, which Barker says is not an ideal fit for her modern Orthodox sensibility.

“It’s very difficult for me living with my family because my family is not Jewish,” Barker said. “I still keep kosher, I still keep Shabbat. It’s just not what it was when I was living in a community.”

Of course, not all Orthodox converts have difficult transitions.

One Brooklyn man who asked to be identified only as Simcha said he was worried about acceptance before he converted five years ago. But his fears turned out to be unfounded.

“I have only had really good people who were genuinely interested in helping me, who were there for me and continue to be,” said Simcha, who is married to a Yemenite Jewish woman, with whom he has a child. “Most people that know me don’t know I’m a convert.”

For Many Converts, Bumpy Road to Mikveh Only Beginning of Woes