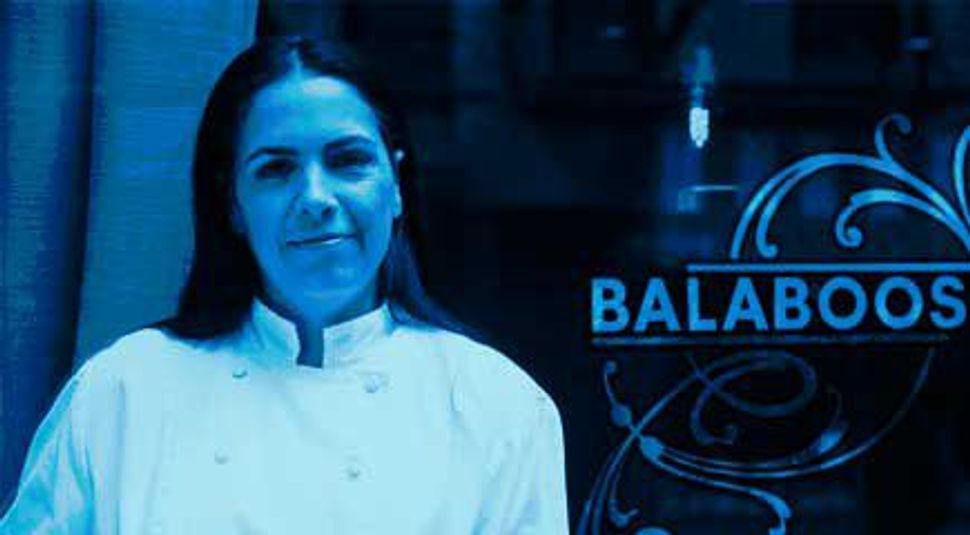 By the end of 2014, Tel Aviv-born but naturalized American Einat Admony, 43, will have been a New York restaurateur for a decade, having opened her first place, Taïm, in Greenwich Village in 2005. At Taïm, according to New York Magazine’s Adam Platt, “she serves what many consider to be the best falafel sandwich in town.” (In 2012, she and husband Stefan Nafziger opened a second Taïm, in Nolita. There’s also a Taïm Mobile truck.)

Having worked in top New York kitchens — Patria, Bolo, Tabla and Danube — Admony wrote in her 2013 cookbook “Balaboosta” that opening a falafel joint was like “getting an MBA from Harvard… then opening a 7-Eleven.”

In 2010 she went upscale Mediterranean with Balaboosta, which means “perfect housewife” in Yiddish. And in March she launched Bar Bolonat, serving what she calls “new Israeli cuisine.”

“People, especially in the States, relate Jewish cuisine immediately to the Eastern European one,” Admony told the Forward. “One of the things I’m really interested in showing is that Jewish cuisine is much more than matzo ball and gefilte fish…. The idea is to show the diversity.”

This “balaboosta” is the perfect Israeli food ambassador.