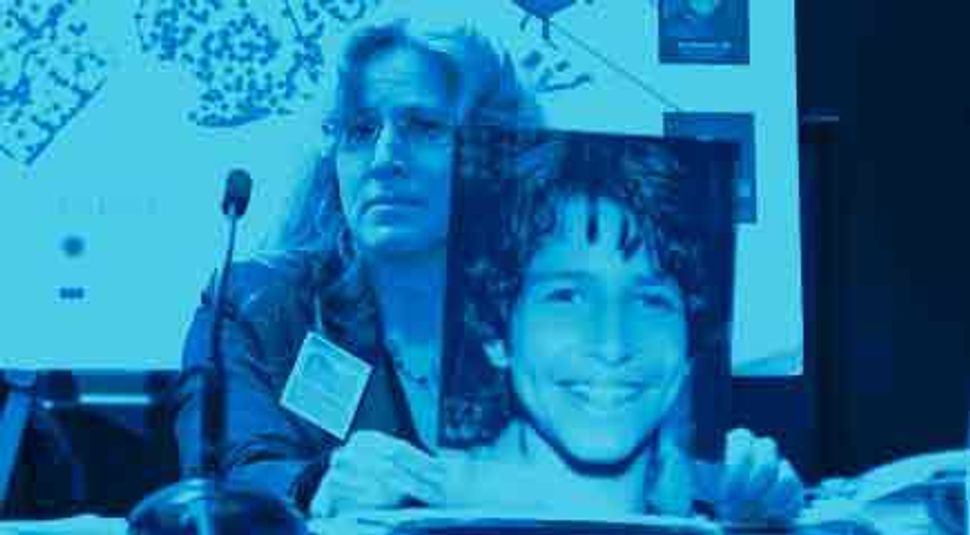 The Brooklyn social worker’s 12-year-old son, Sammy Cohen-Eckstein, was walking back from a soccer game in leafy Prospect Park when he was struck and killed by a passing van directly in front of his apartment building.

Anyone would be grief-stricken, especially since Sammy, a popular eighth-grader, was just a few weeks away from celebrating his bar mitzvah.

But few could pick up the torch of activism so quickly, naturally and effectively.

In the months since the tragedy, Cohen, 48, along with her husband, Gary Eckstein, has spearheaded a fight for safer streets in New York City, where car crashes killed 286 people last year.

Cohen marshalled support from local elected officials, her synagogue and even Mayor Bill de Blasio, who lived not far from the family. She journeyed to the state capital of Albany to push for new laws allowing lower speed limits on city streets.

A year later, a poignant memorial with photos and remembrances of Sammy still stands at a park entrance.

Perhaps the toughest part of all her campaigning was holding heart-wrenching meetings with other parents who also lost their children to preventable crashes.

“We give a face to the statistics,” Cohen said. “This is what it looks like when a person is killed every 30 hours on New York City’s streets.”