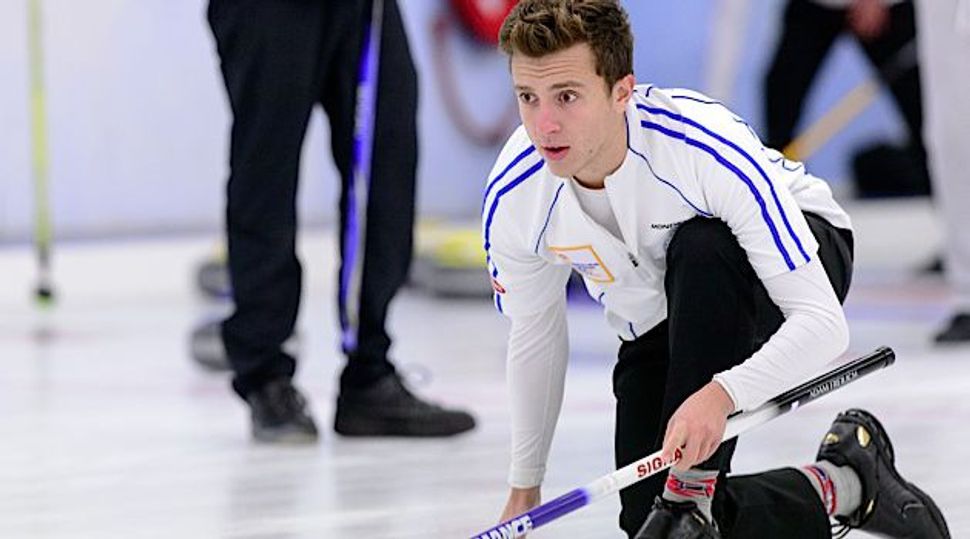 Curling Champ: Adam Freilich, 21, the Israeli national team’s captain, at the European championships in the Netherlands. Image by Patrick Dolkens

Relaxing after a game at the East York Curling Club in Toronto last winter, Yuval Grinspun made a joke that would change his life. He kibitzed that if he ever wanted to compete in the Olympics, all he needed to do was start an Israeli curling team.

“My wife looked at me and said: ‘You know what? You’re probably not the first person to have thought of that,’” recalled Grinspun, who grew up in Kfar Saba, Israel, before immigrating to North America as a child. After searching the Web, Grinspun discovered that delegates from Israel Curling Federation had recently toured five curling clubs in the United States and Canada in search of high-caliber Jewish athletes. They wanted to form an Israeli national team and, without sufficient talent at home, the ICF went scouting for Jewish curlers living in the Diaspora.

Grinspun had just missed the ICF’s visit to Ontario, but he soon got a second chance to strut his stuff on the ice: Last spring, Grinspun attended the first Israeli national team training camp and tryouts, held in Minnesota. The 36-year-old transportation engineer was one of five players selected to represent Israel last month at the European Group C championships, the lowest of the three tiers of competition in the continent. 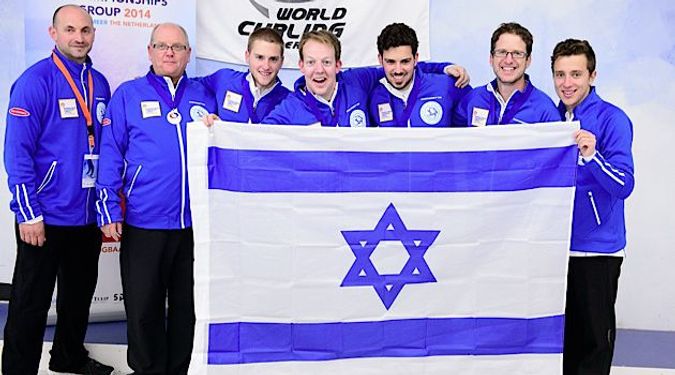 Israel got off to a bad start at the October competition in the Netherlands: The team lost three of its first four games to opponents from Belgium, Ireland and Serbia. But fortunes turned around, and the Israeli squad ultimately won seven straight matches to take home a silver medal and earn a spot in the European Group B championships, which start on November 22 in Monthey, Switzerland.

If the team wins there — against 15 countries, including several strong curling nations such as France and Hungary — Team Israel could challenge a team from the A division for the right to compete at the 2015 world championships in Halifax, Nova Scotia. The goal is to keep on winning and secure a place at the 2018 Winter Olympics in Pyeongchang, South Korea.

“I think we have the dedication and the willpower to go all the way,” said Adam Freilich, 21, the Montreal-based “skip,” or captain of the team. “It’s not far-fetched.” Freilich, whose father is Israeli, previously represented Quebec at the 2014 Canadian junior curling championships.

It’s an improbable success story for a warm-weather country with only a handful of skating rinks and no dedicated facilities for curling, a sport that involves throwing 42-pound granite rocks down an ice surface that is specially “pebbled” with a frozen mist for more effective sweeping and delivery.

Although the ICF has been running occasional curling events since 1999, it wasn’t until this year that Israel got serious about fielding national curling teams. And it was only two months ago that the national team competed for the first time at a local bonspiel, as curling tournaments are known, in Winnipeg, Manitoba. Despite losing all but one of their games at that initial event, the team members quickly gelled. “After three days, they were like best friends from high school,” said Calvin Edie, the team’s coach from Dugald, Manitoba.

Back in Israel, the ICF also created a mixed-gender national wheelchair curling team comprised of athletes with disabilities, including three veterans injured during service in the Israeli army. The five wheelchair curlers, all of whom live in Israel, practiced together for the first time in April and October of this year, in Slovakia on both occasions.

In early November, the team members flew out to Norway to compete in a qualifying event to determine the last two slots at next year’s world wheelchair championships in Finland. Before the Israelis even rolled out onto the ice, however, they were disqualified from the competition when doctors determined that the skip, Tzipi Zipper, the lone woman on the team, did not meet the eligibility criteria for participation.

Zipper, 25, developed a complex pain syndrome in her legs after being hit by a car three years ago at a security checkpoint near Jerusalem. That disability left Zipper wheelchair-bound, but it is not considered an admissible impairment, according to the rules of the International Paralympic Committee. And without a female alternate in Norway to sub in, the Israeli wheelchair curlers had to forfeit their matches (although they still played the scheduled games to gain experience). 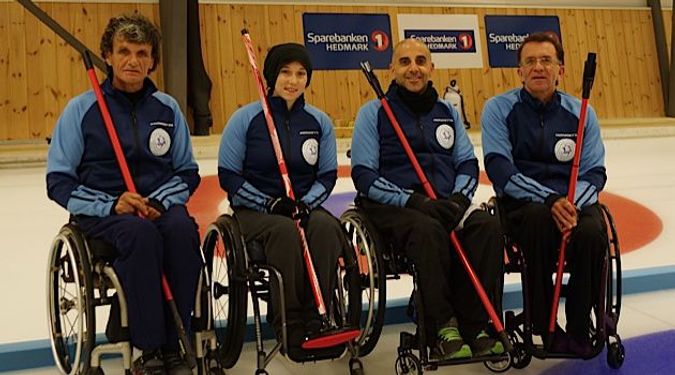 “Our team is very upset and obviously I am even more,” said Zipper. “I use my wheelchair 24/7. I am unable to walk or even stand, but none of these things factor into the classifications.” The team plans to appeal the IPC decision.

While the ICF paid for the Norway trip, funding could soon be a major obstacle for the wheelchair curlers, as it is already for the able-bodied team. The ICF receives very little money from the Israeli government, enough to support only local club activities, and gets nothing from the country’s Olympic committee. “Money is the problem now,” said Sharon Cohen, the ICF’s secretary general. The bulk of the ICF’s support comes from Israel’s state lottery, which reinvests profits into various projects, and from the World Curling Federation. However, that money is all used up.

Grinspun, Freilich and their teammates agreed to pay for their trip to Switzerland on their own and cover the expenses for Edie. They are looking for sponsors, and currently asking for contributions through Indiegogo, a rewards-based crowd-funding site. Donation perks include autographed jerseys, flags and curling brooms. At press time, the team had raised more than $7,000 online toward the goal of $25,000, and received roughly $4,400 from Jewish-Canadian businesswoman Heather Reisman.

On the face of it, a sport born from Scottish ice has little bearing on the Zionism dream. But several team members say that representing Israel has strengthened their ties to the country. Take, for example, the Kempenich brothers (both Gabriel, 18, and Gilad, 22, are team members), who were born in Israel before moving to Maryland as young children. Gabriel, who started curling when he was 6 years old, had considered joining the Israeli army, but curling for Israel is “a better alternative,” he said. “I feel like I’m doing what I’m supposed to. It feels like a right and a responsibility. It’s pretty cool.”

Grinspun sees himself as a kind of ambassador. “We’re starting to build awareness of the sport in Israel,” he said. Plus, “we’re giving a positive image to Israel during a time when there are a lot of negative perceptions.”

Playing for his birthplace has had some unexpected perks for Grinspun: “I’ve gotten these texts from my family, saying that you make us proud to be an Israeli,” he said. “It sends tingles up my spine.”

Elie Dolgin is a curler and a journalist in Somerville, Massachusetts.