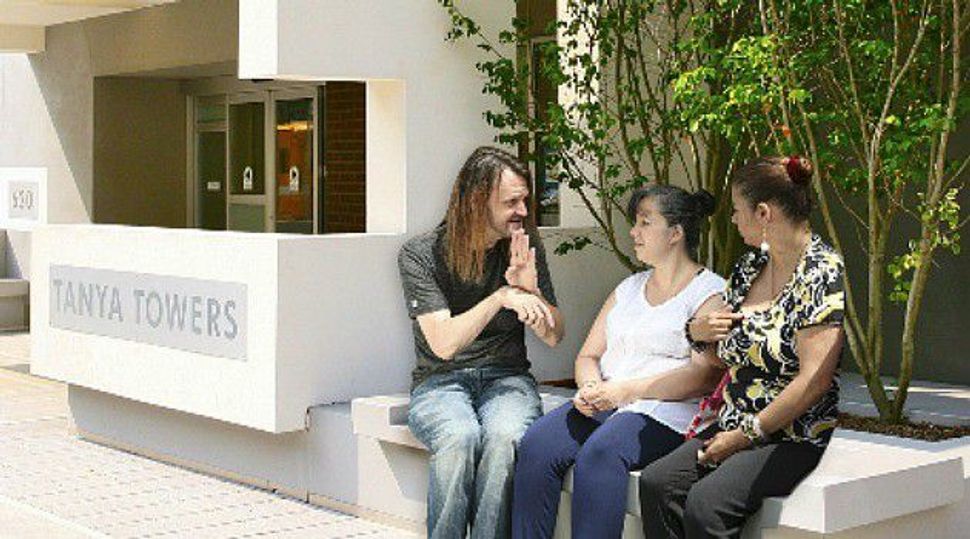 FEGS has earned a reputation as a well-run social service agency best known for serving physically and mentally disabled people. Image by FEGS

Days after one of the largest Jewish social service not-for-profits in the country announced it had unexpectedly lost $19.4 million, the mystery surrounding the catastrophic shortfall is deepening.

FEGS, a New York City-based social service organization, will not say when or how it learned of the $19.4 million loss. Nor will FEGS do more than provide a list of vague explanations as to how its fiscal house fell into such exceptional disorder.

What’s clear is that the sudden discovery of the large deficit in the last fiscal year came as a shock, both to FEGS and to its not-for-profit partners and peers. On a December 12 conference call disclosing the shortfall to New York Jewish charity executives, held soon after the Forward broke the story, the news was met with stunned silence. FEGS, which has an annual budget of $252 million, when accounting for all the groups under its umbrella, had for decades enjoyed a reputation for good management among its peers. It is a reputation that the conference call dashed.

The stakes are high. Though nominally a Jewish agency, FEGS serves over 100,000 people a year in New York with programs that aid the disabled, the sick and the unemployed of all backgrounds. Those programs are funded, in large part, by public money: FEGS reported receiving $94 million in government grants in 2013, a figure that doesn’t even include payments from government programs like Medicaid.

At risk, too, is the overall credibility of Jewish social service organizations in New York. The FEGS crisis comes a year and a half after arrests in a $9 million scandal at the Metropolitan Council on Jewish Poverty, another large Jewish social service organization that subsists on government largesse. Both organizations are members of the UJA-Federation of New York’s network of supported agencies, and both display the highly regarded UJA’s logo prominently on their websites.

On the December 12 conference call for Jewish charity executives, which was organized by the UJA, federation executives insisted that the current FEGS crisis was not similar to the Met Council scandal, in which three top executives eventually pleaded guilty to bilking the charity.

One person who listened in on the call said that the federation executives were at pains to distance UJA from FEGS’s troubles. Federation officials speaking on the call reminded listeners that FEGS was independent of UJA.

Though it kept the news from outsiders, FEGS has been in financial crisis for months. The November announcement that CEO Gail Magaliff would leave in February raised eyebrows among Jewish not-for-profit professionals for its abruptness. Magaliff, who had worked at FEGS for 45 years, announced on November 13 that she would retire, and that Ira Machowsky, who had worked at FEGS for nearly 35 years, would take her place on January 1.

In a statement, FEGS said that Magaliff’s retirement had been planned “for several years.” Yet at the same time, shortly before Thanksgiving, FEGS informed UJA that there had been losses at the agency, according to several people on the UJA conference call who said that federation executives told them this.

It’s clear now that whatever was known internally about FEGS’s situation on November 13 changed dramatically by December 12. FEGS chairman Allen Alter emailed staff on that morning to announce that Machowsky would not, in fact, replace Magaliff, and that Magaliff would not stick around for a January 1 transition. Instead, Kristin Woodlock, a relative newcomer to FEGS, was made CEO effective immediately.

In an email to Jewish not-for-profit executives sent at 3 p.m. on December 12, Machowsky said he would leave his job at FEGS as of the end of that day. He wrote warmly of the organization, but only said of his departure that he had “decided not [to] accept the appointment of CEO.”

Machowsky did not respond to a request for comment sent to his personal email address. In a statement, a FEGS spokeswoman wrote that Machowsky “felt that FEGS’s restructuring could be best handled under new leadership.”

FEGS did not answer repeated questions about how it was surprised by the $19.4 million loss. The organization did not say it was investigating the circumstances of the loss, though it said it had “engaged outside financial advisors and legal counsel to advise the Board and management on formulation and implementation of the restructuring plan.”

In an emailed statement to the Forward, FEGS blamed the loss on a variety of factors, including “contracts that did not cover their full costs, investments in unsuccessful mission-related ventures … and costs resulting from excess real estate.”

FEGS has a dizzying network of for-profit subsidiaries, including the for-profit temp agency HR Dynamics, the for-profit information technology firm AllSector and the for-profit risk management consultancy XBRM, which is itself a subsidiary of AllSector. FEGS is also partial owner of a for-profit care management company called SinglePoint Care Network, which it launched in collaboration with Selfhelp, another UJA-Federation network agency.

Now, FEGS says that at least one of those for-profit investments, SinglePoint, is in part responsible for the shortfall. In an emailed statement, a FEGS spokeswoman wrote: “ Our loss on our SinglePoint venture is an example of an investment in a mission-related venture that was ultimately unsuccessful.”

In a statement, Selfhelp said that SinglePoint is ending operations on December 31. The FEGS spokeswoman did not respond to a question about how much FEGS had lost on the SinglePoint investment. FEGS reported losing $215,000 on its SinglePoint investment in the 2013 auditor’s report it filed with the New York State Attorney General’s office.

The FEGS spokeswoman also blamed the sudden large losses on write-offs the group had taken on expected program service revenue that never materialized.

In a statement, UJA-Federation said that it had put together its own ad hoc committee to evaluate the ongoing FEGS situation. “It’s too early to tell what, if any, impact it will have on our grant making,” UJA said.

FEGS now says that it will cut programs, though it doesn’t know which. “The appointment of Kristin Woodlock as CEO to lead our restructuring is the culmination of our recognition that we need to strategically rethink our organization and our work,” the group’s spokeswoman wrote, in a statement. “Our restructuring plan envisions that FEGS will have a significantly more focused portfolio of programs. We know this will entail some programs being transferred or closed over the next 12 months, but it is too early in the process to identify with certainty programs in this category and programs that will remain part of FEGS.”

Josh Nathan-Kazis is a staff writer at the Forward. Contact him at [email protected] and on Twitter @joshnathankazis.