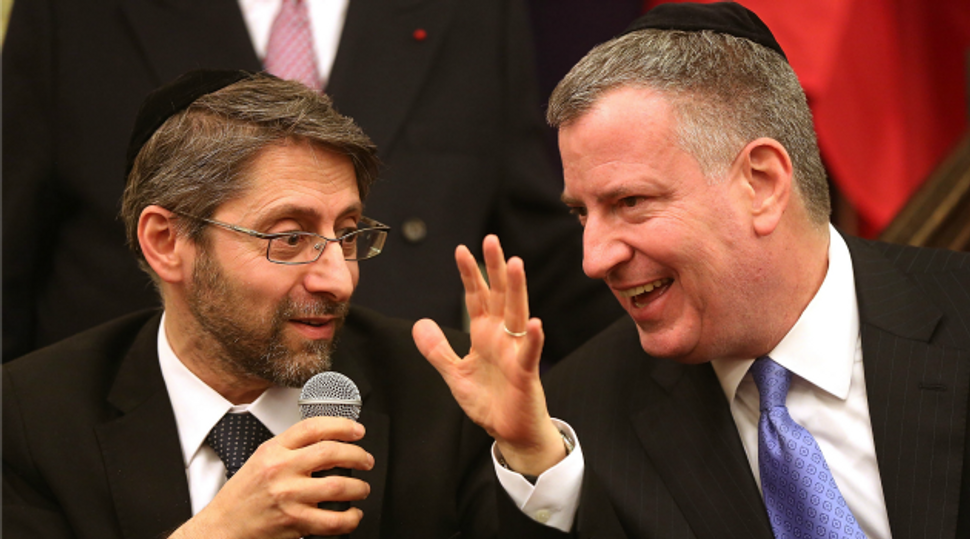 “France without Jews is not France,” Rabbi Haim Korsia said, speaking at a press conference after a February 19 event with New York City Mayor Bill de Blasio at the Park East Synagogue in Manhattan. “[Netanyahu’s] job is to say that.

Korsia praised security and outreach efforts by the French government, while saying that his visit to New York gave him hope for France’s future.

De Blasio, in his remarks, compared the recent attacks against Jews in Europe to the rise of the Third Reich, and highlighted New York’s efforts own to safeguard its Jewish institutions.

“There were people like us, people who were involved and concerned, people of faith and people who read about the news of the world in the 1920s and the 1930s, who may have underestimated the threat at hand, may have hoped someone, somewhere would deal with it,” de Blasio said. “It’s our moment to say, we don’t like this trend we see, we don’t find it acceptable, we don’t allow anyone a pass.” 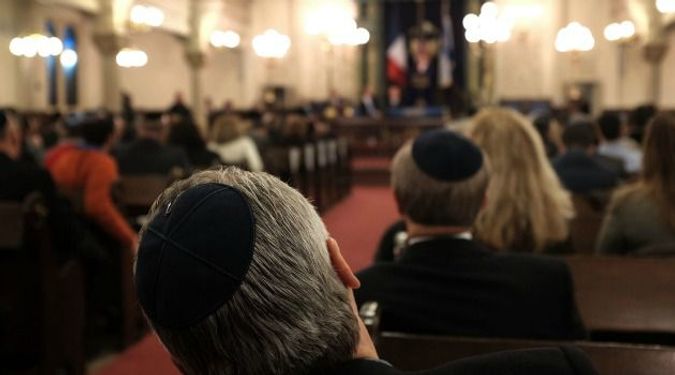 Korsia and de Blasio were hosted by Rabbi Arthur Schneier, spiritual leader of Park East, a Modern Orthodox synagogue Manhattan’s East Side. The event was held in the synagogue’s elegant white-walled sanctuary. A chorus of children from the congregation’s day school sang the national anthems of France, Israel and the U.S. to open the proceedings.

“I’m not sure they understand the sense of the word, but the music was very beautiful,” Korsia, 51, said of the children’s’ rendition of La Marseillaise, the French national anthem. “It’s a song of hope… We need hope, especially in France, in Europe we need hope.”

Korsia, in his public talk in front of a crowded sanctuary, drew parallels between France’s response to the attacks on the offices of Charlie Hebdo and the kosher supermarket Hyper Cacher, and the response to the 9/11 attacks in the United States.

“I was yesterday [at the] memorial [to] 9/11, and I think we have to learn here, in New York …how to take hope after something very difficult for everybody,” Korsia said.

De Blasio, for his part, emphasized the need for vigorous response to threats to Jewish communities. “No Jewish community in Europe should have to beg for protection,” the mayor said. “I think it’s up to all of us to create an atmosphere of accountability.”

Speaking at the press conference, Korsia praised the French government’s recent appointment of a new high-level official, Gilles Clavreul, to coordinate government efforts in support of the Jewish community. He also praised the army’s deployment of 10,500 soldiers across France, in part to protect Jewish sites, joking that Jewish mothers were giving the soldiers too many cakes and making them fat.

“It’s incredible, because it’s very, very intensive to take care of security of many citizens,” Korisa said. “Now I think it’s not a Jewish question, it’s a question for all France, and it’s very important.”

Korsia was also critical of President Barack Obama’s description of the killings at the Paris kosher deli as “random” in an interview with Vox Media.

“We know that they want to kill Jews,” Korsia said. 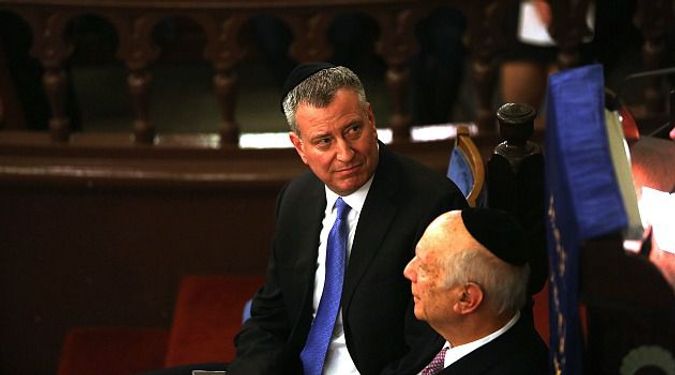