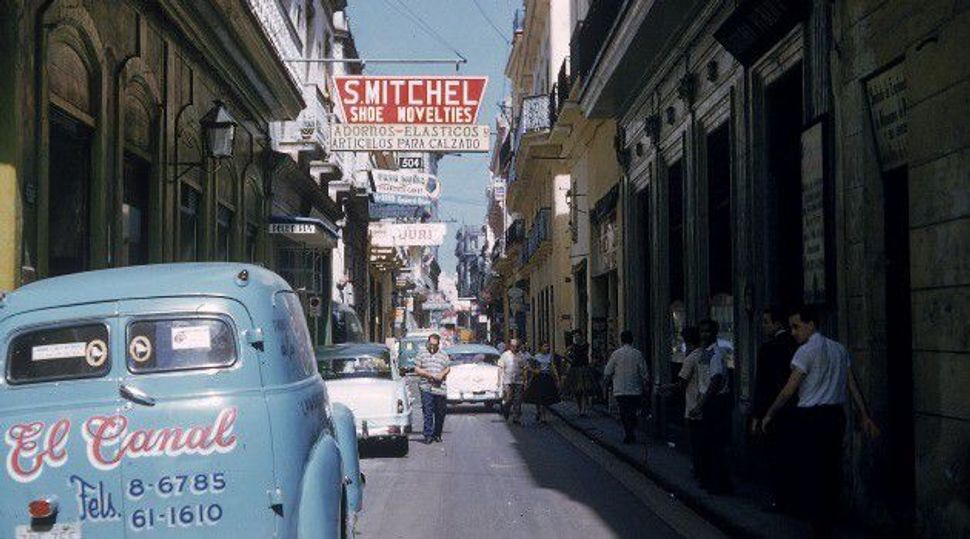 Just by coincidence, forty-eight hours after President Barack Obama announced a coming détente with Cuba, I was in Havana. And talking to a kosher butcher, of all people.

Yes, Havana has a kosher butcher, which sounds like the punch-line of a joke.

There are, after all, only 1,500 Jews left in all of Cuba, the vast majority in Havana. That 1,500 figure is the one generally given by people I met at synagogues in Havana and the outskirts — although Wikipedia claims there are only 500 “core” Jews in the country. A core Jew, it explains, has a Jewish mother and father. If so, then Gibraltar has more core Jews than Cuba.

Still, whatever the number — if that really matters — what is fascinating is how a kosher butcher managed to remain in a country that was intent on wiping out private enterprise as well as barely tolerated organized religion when Fidel Castro took over in 1959. 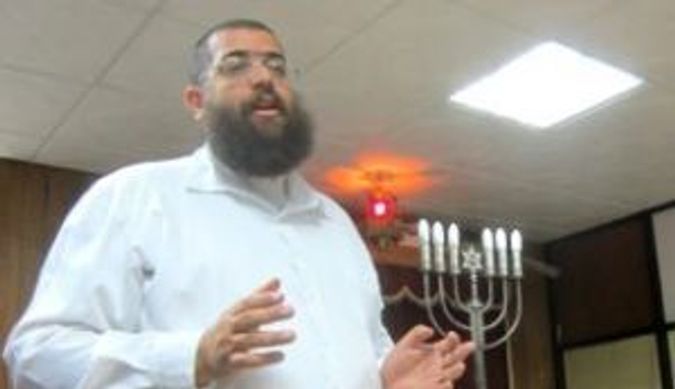 Yet, the shop has survived, in the same place, all these years. It is run by a gregarious accountant/shochat [butcher] named Yacob Berezniak Hernandez (although on his business card he is listed as “Yacob Berezniak H”). The store is underwritten by Cuba’s only Orthodox synagogue, Adath Israel, which Berezniak leads.

A letter from Castro

“In 1962, Castro wrote a special letter to us, giving us permission to stay open,” explains Berezniak. “I still have that letter.” It is unclear why Castro decided to write that letter. Perhaps it was because about 90 percent of Cuba’s 15,000 Jews left after he came to power and Castro was making a show of being good to the remaining Jews.

I visited Berezniak as part of the “Shalom Cuba” tour run by LATOUR, a member of The Isramworld Portfolio of Brands.

In the States, you still need some form of arts or religious or human-rights reason to visit Cuba, a rule that hasn’t yet changed despite the joint announcement from both countries. So our Latour trip included Friday night services (followed by a rooftop dinner) at a synagogue; a visit to the butcher; a three-hour trip to visit a Holocaust memorial in a Jewish cemetery, and time spent visiting cultural sites such as Che Guevara’s statue and a former rum factory. And of course we posed in 1957 Chevrolets. According to U.S. travel rules, visitors must adhere to the scheduled visits — but are free to go on their own in the evening.

Berezniak has a daunting regimen. There are no cows in downtown Havana. So once a month he gets up at 2 A.M. to make the 45-mile trip to a slaughterhouse. There, he personally disposes of about 60 cows in a ritualistic killing — as he describes it, “taking only the front half of the animal.” That is where the kosher cuts are. That yields, he said, about 2,000 pounds which he loads into a refrigerated van and brings back to his shop.

Of course, one man’s kosher is another man’s treyf. There is no kosher certification available in Cuba, but he hews as closely as possible to the elements of kosher slaughter. And then when he has all the meat brought into his shop, he carves it up — and distributes it, for free, to each of the three synagogues.

“There are some people who eat three meals a day at our synagogues,” he explains. “Breakfast at the Reform, lunch at the Conservative, dinner at the Orthodox.”

He figures that, on average, he is able to give about 12 ounces of meat weekly to each person through its distribution from the synagogues.

“The people make a lot of ropa vieja,” he said, chuckling. “Ropa vieja” is Spanish for “old clothes” and is, perhaps, the most popular dish in Cuba. Its main ingredient is shredded beef, and so it goes a long way. If you had a Cuban Jewish grandmother, she probably would have made you ropa vieja on Friday nights — just as my Polish-born grandmother made flanken.

However, if you’re visiting the butcher, you cannot actually buy his meat. One of the bizarre rules the government has instituted regarding the business is that the meat is only for Cuba’s Jews. It cannot be sold over the counter. The likely reason is that the government mandates a fixed amount of pork per person. But it has made exceptions for its Jewish community, allowing them the privilege of having “kosher” meat instead.

There are many odd things surrounding the Jewish community in Havana. We visited a storeroom in another synagogue, Beth Shalom. It was filled with bottles of vitamins and over-the-counter drugstore items, even prescription medicines, which tourists are urged to bring. Yet, medicine is free in Cuba. Still, there appears to be a shortage and so when a Jew in Cuba has a prescription for medicine, and his pharmacy is out of it, he goes into the synagogue “pharmacy.”

Virtually every Jewish tour of Cuba starts out with visiting a nice Jewish lady named Adela Dworin of the Beth Shalom synagogue. She speaks in a conversational style, giving the history of Cuba’s Jews, especially since the revolution. In a sense, she is the quasi-governmental link among officialdom, Cuban Judaism, and the Jewish tourist.

“Meat is rationed in Cuba,” she says, betraying no bitterness. She appears, quite simply, to accept this as the way of life. “We eat kosher-style.”

During my visit, someone asked her if one could get a bagel in Havana.

She smiled. “They make very good bread in Cuba,” she said. “But they don’t know how to make bread with a hole in the middle.”