The Limits One Woman Confronted When Dating While Disabled — and Jewish 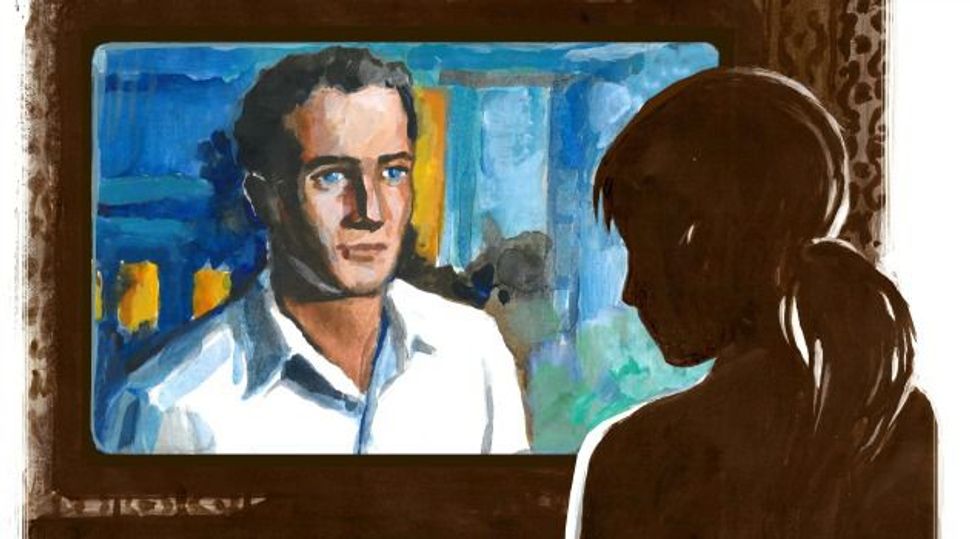 Growing up, many girls have a Prince Charming in mind. So did I. I knew exactly that I wanted to marry a handsome, Jewish boy one day. I was determined that he should not only be clever and well-educated, but also funny — and look like Paul Newman in Exodus, where he plays the Jewish fighter Ari Ben Canaan, with his black, curly hair and dark-blue eyes. When I was a teenager, my parents said that it could be difficult to find one guy who fit all the criteria. It wasn’t because Paul Newman’s real hair had turned white by the time I first saw him on the screen, or because they wanted me to be with a man of a particular background. They were liberal and open-minded; we had both Jewish and non-Jewish friends, and religion played only a minor part in our daily lives.

The reason they suggested that I might want to consider lowering my expectations was because I was born with a condition called spina bifida, which literally translates as “split spine.” Because my neural tube didn’t close all the way when I was in my mother’s womb, my legs are impaired. I can walk, but I’m slower than my peers. I can’t dance or stand for a long time. Meeting Mister Right at a party or sports event was thus unlikely.

One day, when I was 20 years old, therefore, my parents brought up the option of getting professional help. At first I felt embarrassed. I saw it as yet another thing that made me different to my peers. Then I gave it some thought, and came to the conclusion that it might as well be worth a try. The Jewish community in my hometown of Vienna, Austria, is relatively small, so my father contacted a shadchan (matchmaker), who specialized in matchmaking for all German-speaking Jews.

We met the elderly, friendly man at his office. I was excited and nervous when he explained the procedure to us. First, there was an interview with my parents and me, followed by a form I would have to fill out, in which I’d answer questions about my background in terms of finances, culture, religious observance, my family’s origins and more. Then he would take a picture of me. He told me not to be impatient, as it could take up to several months until the first candidate was found.

The interview began. Asking questions about my family and me, he seemed quite optimistic about his new case. That was until he said to me: “I don’t understand how a young lady like you needs my help. You are well educated, know what you want in life and come from a good family.’’

So I explained my disability to him. He sighed. “Well, it is certainly not impossible to find you a shidduch (match), but it’s gonna be difficult. I will have to tell the guy about this in advance and see if at all he is willing to meet you.” He went on to reassure me that, seeing that I had the chance to bear healthy children (who have a marginally increased risk of being born with a neural tube defect as well), made things a bit better. He explained that the usual process was to contact the woman first and give her some brief information about the man, who then would be informed about me (and my disability). The candidate had three weeks to contact me. I had no possibility to contact him first.

“I can only find you a man who is willing to take you the way you are. There won’t be many,” he said. I asked what kind of guys I could expect. I learned that I could probably get a much older man, or someone who was sick or divorced, or a widower with children. I was shocked at first. Hearing from someone who didn’t even know me that my disability would make such a big impact on possible partners hurt. I had lived with it all my life, and while it had always made socializing tricky, I never thought it would cause so much trouble. But then I gave it some thought, and I realized that it was just fair of the shadchan to voice the issue openly and give me a realistic idea of my possibilities. So I agreed to meet the matches he suggested.

The first man I met I found quite friendly, but we soon discovered that we had little in common. He had few interests apart from football, had not graduated from high school and worked at a shop bagging groceries.

The next guy I was matched with changed his mind when he learned about my disability. He couldn’t “bear the idea of an imperfect woman” as he explained to the shadchan.

Then I met up with a man who was nearly twice my age. He had three young children whom he wanted me to raise, as their mother was mentally ill. This really felt too much for me. When he made it clear that he didn’t want more children, as he couldn’t afford it financially, I refused. I just didn’t feel this was all I could get. There must still be something better waiting for me.

The last guy recommended by the shadchan had recently experienced a psychotic episode that left him deeply religious. I refused to meet him. As a psychology student I had an idea of what I would let myself in for. In addition, not being observant myself, I couldn’t imagine this to be a good match. A few months later I got a friendly email from the shadchan’s office that said he was sorry, but for the time being he thought it impossible to help me.

Where does that leave me? Seven years after this painful episode, my biological watch isn’t ticking all that fast yet, but I know that I will have to deal with this topic someday if I want children (which I do). Perhaps it was the shadchan’s scathing feedback, or perhaps it’s because I’m no longer a teenager — but my priorities have changed. Rather than curly, dark hair and blue eyes, I search for some common values and beliefs. Being a clever man is one thing, but understanding and taking me for who I am is more important — and challenging, no doubt about that. I can’t ski, hike or dance, but I still have a lot to give.

Laura Hess is a psychotherapist in training living in Vienna, Austria.

The Limits One Woman Confronted When Dating While Disabled — and Jewish