Deal or No, Lifting Iran Sanctions May Be Easier Said Than Done 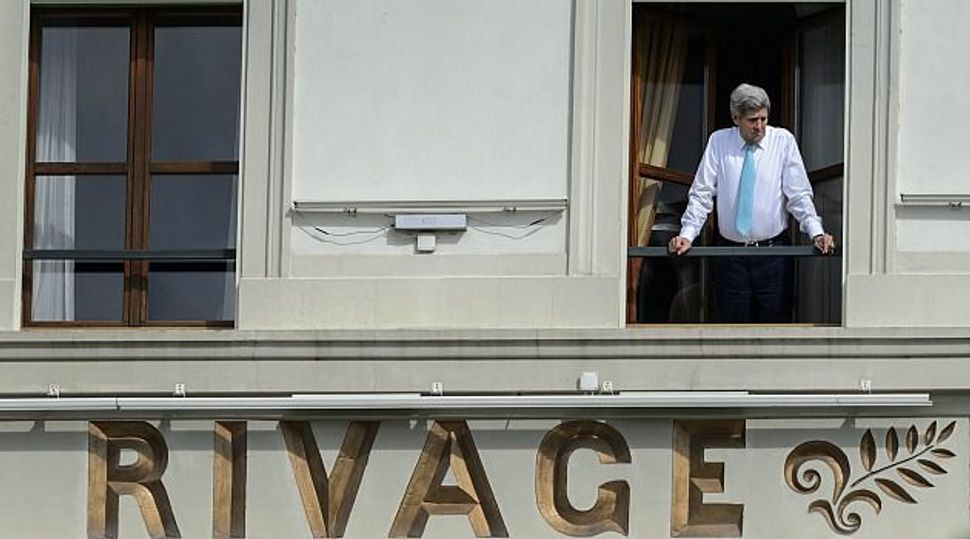 During the long negotiations over Iran’s nuclear ambitions, there’s been a lot of attention paid to the heavy water facilities and centrifuges that Iran is operating, the enriched uranium it produces and whether an inspection regime can bring these facilities under stricter international control.

But the other side of the equation, and no less complicated, is the lifting of sanctions.

The international sanctions regime against Iran is a highly complex structure, built through decades of American and European regulatory orders and laws, and United Nations Security Council resolutions. Unwinding its multiple layers of restrictions and penalties would require all parties to coordinate their moves carefully.

It’s an intricate choreography, and one that could easily fall into the chasm separating the Obama administration and the Republican-dominated Congress, which are at odds over any deal.

Negotiators in Lausanne, Switzerland reached a framework agreement on a potential deal on April 2. But the issue of how to unwind the sanctions, and in what order, was a major stumbling block and early reports did not explain how it would be resolved as the talks now continue toward a final June deadline.

A recent report issued by the Congressional Research Service, a nonpartisan federal arm providing lawmakers with information on current affairs, for the first time breaks down the layers of sanctions imposed on the Islamic Republic in a comprehensive fashion. The presentation highlights just how complicated the pullback may be.

“The intent of these sanctions, particularly in later years, was to shut Iran financially and to strangle its oil sector,” said Kenneth Katzman, a Middle Eastern affairs specialist at the CRS and the author of the March 9 report on Iran sanctions. This effort, he added, proved effective.

With trade to the United States cut off altogether and European imports and exports plunging from $32 billion in 2005 to $9 billion in 2014, even Iran’s reliance on China and India as major trading partners has been unable to withstand international pressure. Sanctions have led to a plunge in the value of the Iranian currency, the rial, and to Iran’s growing reliance on barter to bypass monetary restrictions.

Sources close to the talks have long made clear that in any final agreement, sanctions relief will start with the sanctions that are easiest to repeal.

That would mean starting with measures mandated by the United Nations, such as restrictions on the movement abroad of certain Iranian officials and freezes on the assets abroad of certain Iranian individuals and corporations. The U.N. could also change language calling for a voluntary ban on trade with Iran, a move that would assure foreign investors greater safety in returning to the Iranian market.

These measures could be repealed by a simple majority vote in the Security Council, which is dominated by countries represented in the talks. Their endorsement of the rollback, including a vote in favor by the Obama administration, would all but guarantee passage of the resolution, whatever Congress might say.

Next in line could come an easing of trade with countries outside the United States and the European Union.

The E.U. could ease its trade next, and finally America, where some measures controlled by the administration could be enacted early on. The State Department and Treasury have the discretion to decide whether to penalize foreign companies doing business with Iran’s oil sector. In addition, Treasury can make clear to foreign nations that they will not face American pressure if they gradually resume oil purchases from Iran.

Legislation passed by Congress would undoubtedly come last. Given that body’s resistance to any compromise with Iran, most expect this would come only after lawmakers have several years to scrutinize Iran’s compliance with a potential agreement.

America began imposing sanctions and penalties on Iran shortly after the 1979 Islamic Revolution and Iran’s subsequent seizure of American hostages in the U.S. Embassy in Tehran. Another layer of sanctions was triggered by Iran’s inclusion on the State Department’s list of countries sponsoring terrorism.

The nuclear issue began showing up as a cause for sanctions in the early 1990s as Iran stepped up its nuclear program, sparking fears — despite its denials — that it was developing atomic weapons. Congress and the White House took aim at American trade with Iran, ratcheting up the pressure especially on the Islamic Republic’s oil industries.

The sanctions now governing Iran’s energy sector, which is the major component of its economy, include a complete ban on purchasing oil by the United States and the E.U., and strict limitations on purchases by other countries. Iran’s oil sales, according to the CRS report, have dropped to 1.05 million barrels in 2014 from 2.5 million barrels per day in 2011. Sanctions also prohibit sales of oil production equipment to Iran, transporting Iranian oil and insuring or financing activities related to the country’s oil industry. International firms involved in Iran’s energy sector are banned from doing business with American firms.

Later, in what was seen as a devastating blow to Iran, sanctions were expanded to include Iranian financial institutions, effectively limiting Iran’s ability to conduct business with the world.

These sanctions ban transactions with Iranian banks. And since March 2015, when Iran was kicked out of the international money transfer system known as SWIFT, its economy has effectively been cut off from world markets. This “reinforces the isolation of designated Iranian banks from the international financial sector,” observed the Treasury Department’s undersecretary for terrorism and financial intelligence at the time, David Cohen.

In any effort to lift the multiple restrictions on Iran, the involvement of all the players will be instrumental: the U.S. Congress has the final word on repealing legislation; President Obama can reverse executive orders and temporarily waive congressional sanctions; the U.N. Security Council, the E.U., and most other nations of the world that maintain any kind of trade relations with Iran have procedures of their own.

But the sanctions infrastructure against Iran, composed of dozens of laws, rules and regulations, covers a much greater scope, going beyond just the country’s nuclear program. It includes travel bans on Iranians involved in the repression of dissidents and in human right abuses; sanctions against international companies helping Iran censor or monitor its citizens’ communications; a ban on the sale of components for Iran’s car industry and of spare parts for its civilian aviation; protection for financial companies choosing to divest from Iran; special inspections of Iranian airplanes and ships for banned materials, and much more.

It is already clear that sanctions relating to Iran’s human rights violations, to political oppression, and to Iran’s involvement in conflicts in neighboring countries and in its sponsorship of terrorism will not be repealed at all. The United States cannot remove Iran from its terror list without a clear determination that it has ceased terror sponsorship and will not go back to it in the future. For now and for the foreseeable future, these determinations are impossible due to Iran’s support for Hezbollah in Lebanon and Hamas in Gaza.

But all U.S. sanction laws contain a provision allowing the president to temporarily waive the implementation of sanctions measures.

In practice, a presidential waiver is just as effective as a full congressional repeal of the law, since both lift the existing sanctions. But according to Katzman, Iran has its reasons for preferring a full legal repeal of the laws. “They are concerned that a new president might change his policy,” he said. “The Iranians want the sanctions off the books entirely.”

Experts believe that the overwhelming impact of these sanctions is the main reason Iran has been willing to discuss a nuclear deal with the global powers.

“For the Iranian people, failed negotiations would be a great disappointment,” wrote Mehdi Khalaji, an Iran expert with the Washington Institute for Near East Policy, in an article published on the website The Hill. “Persistent sanctions,” he added, “would inevitably stir anger toward the clerical establishment, including [Supreme Leader Ayatollah Ali] Khamenei.”

Deal or No, Lifting Iran Sanctions May Be Easier Said Than Done