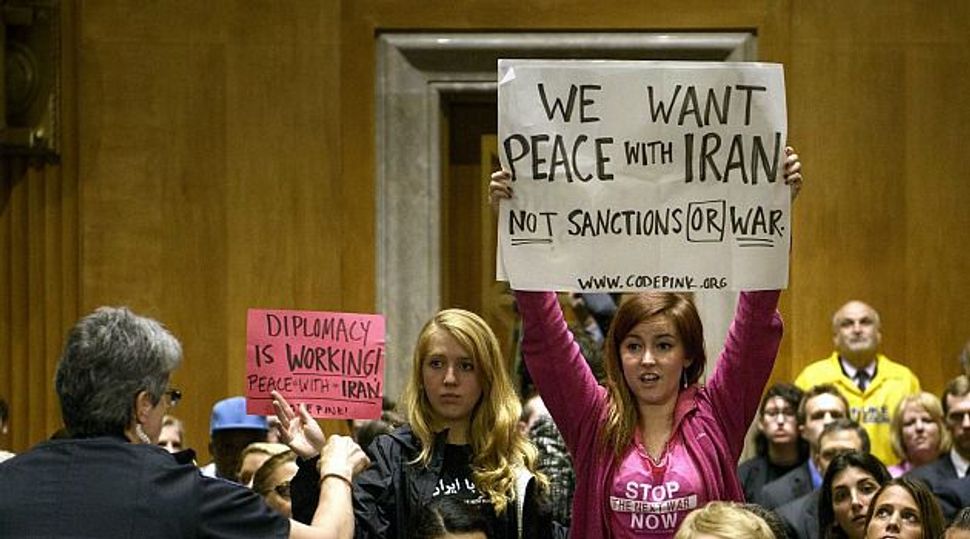 (Reuters) – President Barack Obama said on Tuesday he could accept a revised bipartisan bill on Iran’s nuclear agreement after leaders of the U.S. Senate Foreign Relations Committee reached agreement on revisions that would allow Congress to vote on it.

The U.S. Senate Foreign Relations Committee voted 19-0 on Tuesday to approve an amended version of the bill.

White House spokesman Josh Earnest said Obama, who earlier had said he would veto the proposed bill because he feared it would scuttle the emerging Iran deal, could accept compromises that have emerged and have drawn bipartisan Senate support.

“What we have made clear to Democrats and Republicans in the Senate Foreign Relations Committee is that the president would be willing to sign the proposed compromise that is working its way through the committee,” Earnest said.

Committee Chairman Bob Corker and the panel’s top Democrat, Senator Ben Cardin, said they had worked out revisions that would shorten the time in which Congress can review any final nuclear agreement and soften a requirement that Obama certify that Iran is not supporting acts of terrorism against the United States.

These changes addressed objections raised by Obama, who has invested enormous political capital throughout his presidency in securing an international agreement to ensure Iran does not develop a nuclear weapon.

Earnest told reporters Obama had also insisted that there should be bipartisan agreement that this would be the only legislation governing Congress’s oversight of the Iran deal.

Obama had warned that engagement by Congress before a deal was struck would undermine Iran’s faith in Washington’s commitment to uphold a deal, which is being negotiated by six major powers and Tehran.

The Committee of 10 Republicans and nine Democrats is scheduled to debate and vote on the measure later on Tuesday. If it is approved, the legislation would be sent for a vote in the full 100-member Senate.

Corker said he was pleased with the bipartisan work on the “manager’s package” of amendments.

“It’s my hope it will pass overwhelmingly; we’ll see. Hopefully it will pass and will move to the floor and will be able to generate a veto-proof majority,” he told reporters after a classified briefing for the full Senate by Secretary of State John Kerry on the interim Iran nuclear deal reached on April 2.

“We’ve reached an agreement and I’m confident that it will carry out the … major purposes of the bill,” Cardin said.

A framework deal with Tehran reached by Britain, China, France, Germany, Russia and the United States early this month is part of an effort to limit Iran’s nuclear program in exchange for relief from economic sanctions. A final comprehensive agreement is due by June 30.

Iran says its nuclear program is for peaceful purposes and not to develop weapons capability, as the West fears. ‘ 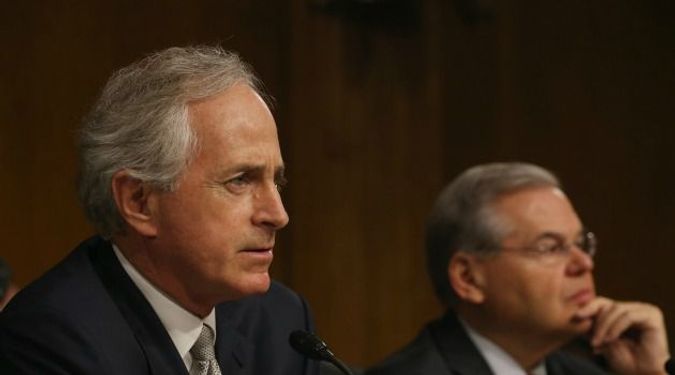 Sen. Bob Corker (R-Tenn.) passed a bill that would give Congress some say over President Obama’s Iran nuclear deal. Now attention shifts to the House of Representatives. Image by Getty Images