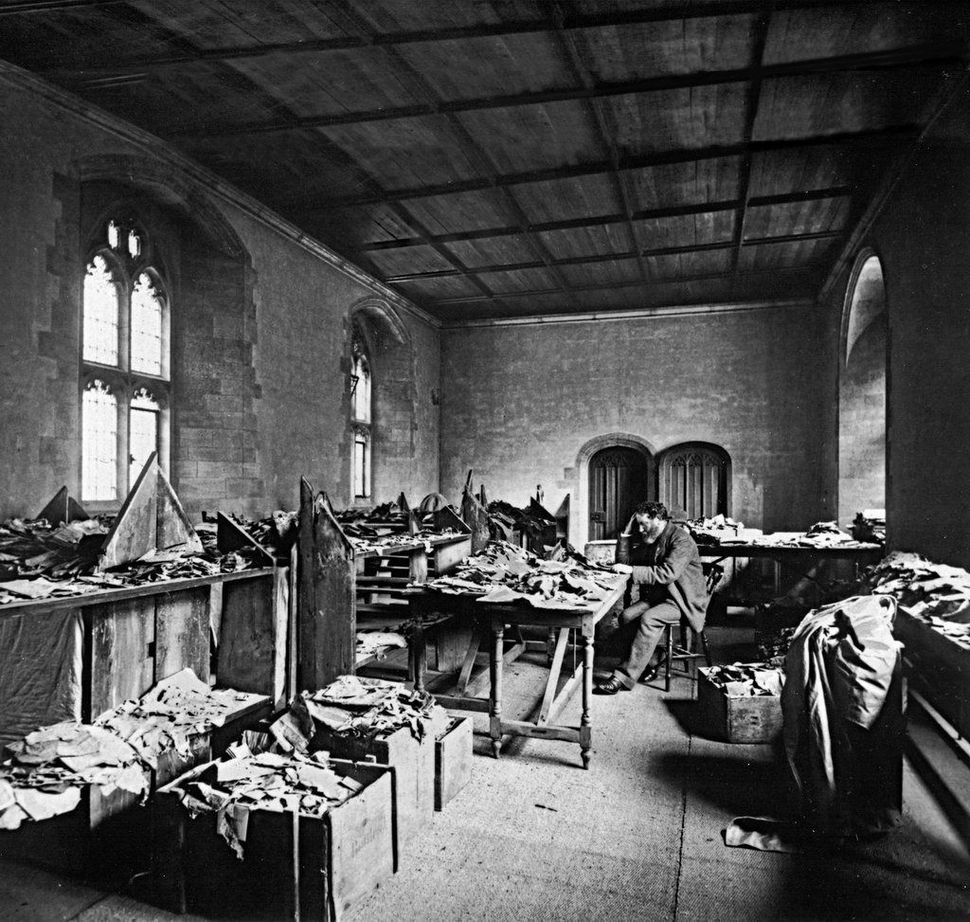 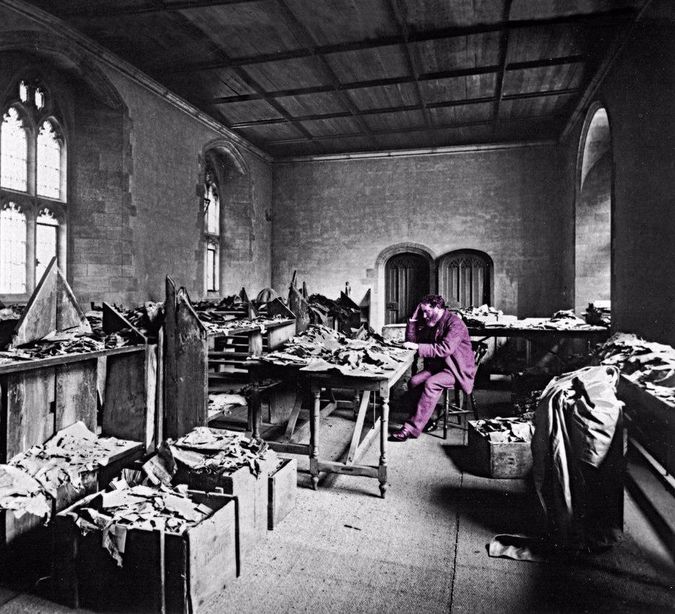 The greatest collection of rare Jewish historical documents in the United States will be boxed up later this year and put into storage until at least 2018, the Forward has learned.

The library at Manhattan’s Jewish Theological Seminary — Conservative Judaism’s largest rabbinic seminary — holds the most impressive compilation of Jewish historical materials outside of Jerusalem: hundreds of ancient Jewish marriage contracts, thousands of unique manuscripts, and tens of thousands of fragments recovered in Egypt from the famed Cairo Genizah.

Now, the future of this collection is a matter of heated debate in Jewish scholarly circles as JTS sells off real estate assets to help ease a years-long financial crunch. Over the next few years, JTS plans to sell two buildings now serving as residence halls to developers, along with air rights to its main campus. The school will also replace its current library building with a new library and conference center.

In addition to the temporary closing of the rare books collection, other, longer-term changes are coming, too. The library’s circulating collection and its archives will largely be stored off-site once the new library is constructed. Meanwhile, the school’s beit midrash, or religious study hall, will be built into the new library.

“Everyone is talking about it,” said Sid Leiman, a retired chair of the Judaic studies department at Brooklyn College and a noted bibliophile. He said there is “no question about the fact that it’s one of the world’s greatest collections, and therefore everyone is concerned about it.” 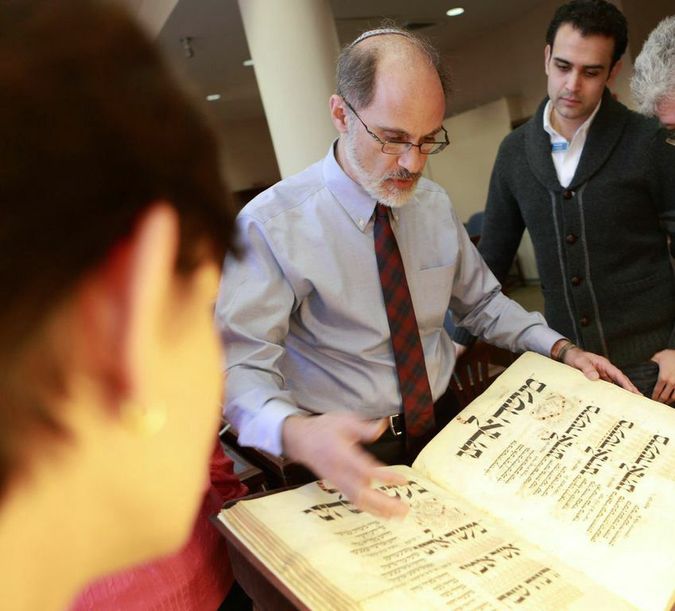 Benjamin Sommer, a Bible professor who leads a committee advising JTS on the library construction process, praised aspects of the new plan, including the construction of the beit midrash inside the library. Despite initial reservations, he said that he does not oppose the shift of most of the books and archives to an off-site location from which scholars will have to request them.

“For us it makes sense that a person teaching Talmud would want to say, you know, there’s a manuscript” where a specific phrase is rendered differently, Sommer said. “We’ll be able to run on over and take a look.”

The materials that make up the rare books collection at the JTS library were collected over more than a century. Many manuscripts in the collection cannot be found anywhere else in the world. Perhaps the most significant items, the fragments from the Cairo Genizah, were discovered in a storeroom in Old Cairo’s ancient Ben Ezra Synagogue. The documents from the Genizah include both holy manuscripts and routine legal and social documents produced by Egyptian Jewry between 870 C.E. and the 19th century. Solomon Schechter, the scholar who recognized the historical importance of the documents at the end of the 19th century, later served as president of JTS. Schechter’s own collection of documents from the Genizah is actually housed at Cambridge University Library, in England; another collector contributed JTS’s 35,000 fragments.

As the library prepares for renovation, it seems to be scrambling to get its massive collection under control. In February, a senior library official sent an email to JTS students and staff members, asking for volunteers to help sort a large mass of uncataloged materials. The email asked the volunteers to “identify works that might be rare” and to select items to discard. The email suggested that the process would take months.

A JTS representative declined to make David Kraemer, the library’s head and a professor of Talmud and rabbinics, available for a phone interview; instead, he provided answers via email.

Kraemer said that the volunteers sorting the uncataloged materials would be overseen by librarians and that the books were meant for the general collection, not the rare collection.

In an interview with the Forward in late January, when the seminary first announced its real estate plan, the school’s chancellor, Arnold Eisen, told the Forward that he hoped the new library would make the rare book collection more visible to visitors, saying it should be a tourist attraction. In an email, Kramer said that the new library would contain dedicated exhibition space. “This will not interfere with scholarly work or classes using the rare materials,” Kraemer wrote.

The move of 75% of the library’s circulating collection to off-site storage facilities represents a significant departure for JTS, which currently has open stacks that allow students and researchers to walk among the books as they look for their materials.

“One of the great strengths of the library is that it is largely an open stack,” Leiman said. “[Students] can just walk through the shelves.” Sommer said that he initially had reservations about the shift offsite and the effective closing of the stacks. “Many of us, myself included, when we first heard of the plan… were concerned,” Sommer said. “We like open stack libraries where we can wander and find what we need to find.”

But Sommer said that he had been convinced that improved online catalog technologies could substitute for the experience of stumbling across relevant materials while wandering in the stacks.

“The financial advantages vastly offset the disadvantages of going to an offsite storage,” Sommer said. “They’ve done the math.” Kramer wrote in an email that a recent survey found that only 2% of the circulating collection was used in a recent two-month period. “Having 25% of our titles onsite should mean that most people will find what they need without ever having to retrieve something from remote storage,” Kraemer wrote.

The closing of the rare book rooms during construction, Sommer said, was unfortunate but unavoidable. JTS has informed scholars over various listservs of the closing. In an email, Kraemer said that the library will make manuscripts available electronically to scholars whenever possible.

Sommer said that some faculty members are concerned that institutional knowledge about the rare book collection could be lost over the years that it is closed. “While things are cataloged very, very well, there is a certain kind of institutional knowledge that people who have worked there for years and years have,” Sommer said. “There definitely is concern about that.”