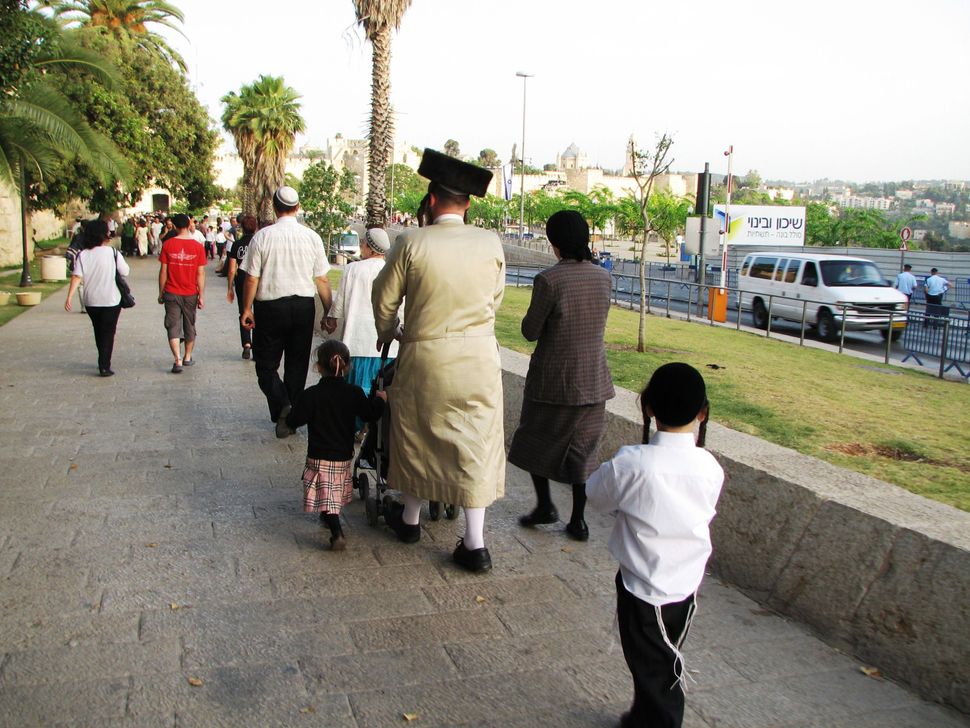 In the mid 2000s, an Orthodox Jewish couple in Israel sought to conceive a child with the help of a sperm donor. But they had one important caveat: it had to be a girl.

The Orthodox husband was a Kohen, a priestly designation that has been passed down from father to son since biblical times. If his wife were to conceive a male child with donor sperm, the boy would not be genetically related to his father, meaning that he would not be a Kohen. The son would be unable to partake in his father’s rites at synagogue, exposing the fact that the couple had used a sperm donor to their tight-knit, conservative community. But there would be no problems with a daughter, whose gender makes her ineligible for Kohen status in the Orthodox tradition.

For most of its history, Israel disallowed couples from choosing the sex of their offspring. But the Orthodox couple’s request made it all the way to the attorney general, who gave them permission to undergo gender selection. Though the couple’s identity was never made public, they made a profound contribution to Israeli reproductive health policy. Prompted by their case, in 2005, the Ministry of Health cracked open the door to sex selection in Israel.

With the exception of rare cases like that of the Kohen father, only couples with four children of the same sex are allowed to apply. The number four is arbitrary, but it also resonates with the fertility-obsessed Israeli public; it is not uncommon for even secular families to have four offspring or more.

Couples must appear before a panel appointed by the health minister, which includes an ethicist, a psychologist, a social worker, a physician and a member of the clergy of the applicant’s same religion, among other professionals. The couple must provide written consent and prove that one or both parents’ mental health is at risk by not being able to bear a fifth child of the preferred sex. The procedure is not covered by Israel’s public health insurance program.

Ten years later, the panel has approved just 81 cases out of a total of 639 applications, according to the Ministry of Health. Experts say that the ministry’s position has had a negligible effect on Israeli society at large. But Israel’s sex selection policy remains unique in the world, lenient in exceptional cases while limited overall.

When it comes to reproductive health policies across the globe, sex selection is extremely controversial. While the practice is legal — though not available everywhere — in the United States, it is outlawed in many European nations. In countries like India and China, where a strong cultural preference for boys reigns, abortion of female fetuses is common enough to drastically alter gender ratios in the population. The United Nations Population Fund calls sex selection in these cases a “form of discrimination.”

Sex selection as part of getting pregnant is an ethical grey zone. In addition to raising concerns about gender imbalance in society, critics say that the procedure, which involves in-vitro fertilization, is an unnecessary medical risk. Yet some parents prefer children of a specific sex in order to lower the risk of passing on sex-linked genetic diseases. Another common rationale is “family balancing.”

The most effective form of sex selection is pre-implantation genetic diagnosis before in-vitro fertilization. Embryos are created in a lab using the mother’s egg and the father’s sperm (or a donor egg or sperm, depending on the circumstance). Then the embryos undergo a simple chromosome test to determine whether they are male or female. The preferred embryos are implanted into the mother’s uterus.

When the Ministry of Health issued its guidelines 10 years ago, there was little public debate on the topic. That could be because Israelis are used to medical intervention in reproduction: Israel has the highest rate of in-vitro fertilization in the world, with 1,657 procedures per million people, compared to 126 in the United States.

“It went under the radar and quite surprisingly there hasn’t been a single lawsuit about it,” said Gil Siegal, the chairman of the committee that oversees sex selection in Israel.

But that doesn’t mean that the policy doesn’t have its detractors. In a 2008 article in the Journal of Medical Ethics, Ruth Landau of Hebrew University of Jerusalem raised questions about several aspects of the policy. If parents were so distressed by the prospect of a fifth child of the same gender as the previous four, she asked, should the treatment really be sex selection? Why not counseling? She also asked whether Israel’s limited sex selection policy would have implications for gender balance in Israel down the road.

There is some legitimacy to that concern in the Israeli context. Though researchers say the findings are not statistically significant given the small sample size, couples making gender requests have overwhelmingly asked for males (488 boy requests versus 151 girl requests).

According to Siegal, both Muslims and Jews have petitioned for boys on religious grounds. He recalled cases of Muslim families concerned about Islamic inheritance rules that favor male heirs over females. Orthodox Jewish families asking for boys want to make sure that certain male-only rituals are carried on in the family.

“What you would usually hear is, ‘I need someone to say Kaddish over me when I’m dead,’” said Siegal.

Siegal said that some families say they have no male heirs to carry on the family name because the rest of the family was killed in the Holocaust. Indeed, some observers point to the desire to replenish Jewish numbers post-Holocaust as a reason for Israel’s perennial baby fever. Others say it is part of an effort to push the Jewish birthrate ahead of the Palestinian one in order to create a demographic balance that favors Jews. But Siegal said that emotional Holocaust pleas don’t make it very far with the committee, which is more focused on mental health.

While it may sound counterintuitive, David Heyd, a philosopher focusing on bioethics at Hebrew University, said that Israel’s sex selection policy can be explained by that oft-repeated line in the Book of Genesis: “be fruitful and multiply.” That, he said, is the key to understanding why Israeli Jews not only want to create more life, but to have an active hand in steering its direction. “Life is not just a purely biological phenomenon,” he said. “It’s something we create and control.”