Is Jonathan Pollard’s Release Bad for the Jews? 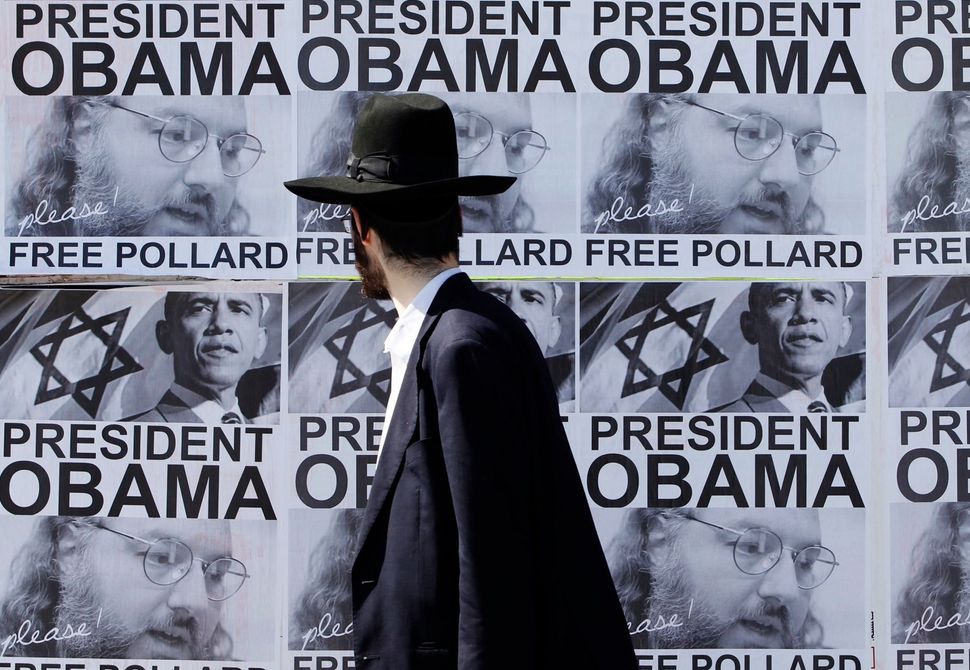 While many in the Jewish community are celebrating the upcoming release of convicted spy Jonathan Pollard, some are still reflecting bitterly on his case.

For many in sensitive government security positions, and for those working as defense contractors, Pollard’s espionage for Israel represents not only a moral lapse, but also a practical problem they still need to address when seeking the government’s trust.

“I can’t help but believe that what Pollard did had a huge impact on how security clearance decisions are made,” said David H. Shapiro, a Washington lawyer who represents civilians denied clearance needed for their work with government defense agencies. In his latest case, the security agency reviewing clearances listed Pollard’s espionage acts as further proof that American Jews have been spying for Israel.

Pollard’s arrest, three decades ago, marked a watershed moment for many American Jews making their way up the government security establishment ladder. The impact was felt mainly by lower-level contractors seeking clearance to work on defense projects. For others, the case was seen mainly as a source of shame. Making matters worse was the warm embrace Pollard received from Israel and from America’s organized Jewish community.

“When you champion someone like Pollard, it strengthens suspicion against us. It’s a threat to our livelihood,” said Michael Shurkin, a former government intelligence officer who is now a political scientist at the RAND Corporation. “You go to shul in Washington and you see many people with positions in clandestine agencies. We are all grateful for how few problems we’ve had, and we all fear that the climate might change because of people like Pollard.”

The prison parole board’s July 28 decision will set Pollard free November 21, when he completes 30 years of his life sentence. Pollard, who was a Navy intelligence officer, was caught stealing secret documents and giving them to his Israeli operators. While in prison he was granted Israeli citizenship, and consecutive Israeli governments have called for his release. The American Jewish community also joined the call and, more recently, highlighted his lengthy prison time as reason for an early release.

The Pollard case instantly fed into an already existing suspicion some in the defense establishment and the intelligence services held toward American Jews. And for the first time, it was a clear-cut, undisputed case of spying, not a rumor circulating in anti-Semitic circles.

American Jews in government positions that required security clearance faced questions about Pollard routinely. “I was asked about it once in a security clearance interview. I didn’t appreciate it,” Shurkin recalled. “You can’t help but feel threatened by it and discouraged. There are many Jews in the clandestine agencies, but for some of us there is also this awareness that you can’t take this trust for granted.”

Security clearances are required not only from those holding senior positions in the defense and intelligence agencies, but also from thousands of outside contractors providing services for agencies that require access to classified material. It is a lengthy process that involves extensive background checks and interviews. Any incriminating detail, even if circumstantial, could lead to a denial of clearance. “There has not been a year gone by that someone in the Jewish community applying for a sensitive position has not been impacted by the Pollard affair,” said a former communal leader who had firsthand information about some of these cases.

The increased scrutiny facing American Jews, especially those with ties to Israel, was not only Pollard’s fault, a Jewish former senior military officer said, “it was also because of the large number of people in the Jewish community who seemed to say he was right in terms of what he did.” And the tighter the community’s embrace of Pollard grew, the more Pollard was perceived as representing a certain mindset within the community.

In a recent case, heard in February by the Defense Department’s appeals board, a longtime defense contractor was stripped of his security clearance for reasons of “foreign influence,” which were based on his ties to Israel: a brother living in Israel, a niece who used to work for an intelligence unit there and a neighbor suspected of being a courier for an Israeli intelligence agency. In filings to the panel, Defense Department officials mentioned Pollard’s actions, nearly three decades earlier, as evidence of the threat posed by close ties with Israel. The department also showed an email that the contractor forwarded, which contained an open appeal to the president to commute Pollard’s sentence.

“It’s not as if there is a complete bar preventing Jews from getting clearance,” said Shapiro, who represented the contractor, “but there is definitely an impediment.”

Dov Zakheim served as the Defense Department’s deputy undersecretary when the Pollard case broke. In his leadership Pentagon position, Zakheim did not personally feel the heat from the Pollard affair, though he said it was clear to him that people in the “contracting community” were under pressure.

He noted that there are many American Jews in high-level government defense positions. “Obviously Pollard made it more difficult for Jews,” he said, “but clearly there is no widespread denial of clearance.”

If anything, Zakheim believes the Jewish community should be appreciative of the way the U.S. government responded to Pollard’s spying. “If it was in Europe, they’d kick out all the Jews,” he said. “The point is that this country did not take it out on the Jews, and that shows what America is about.”

Is Jonathan Pollard’s Release Bad for the Jews?