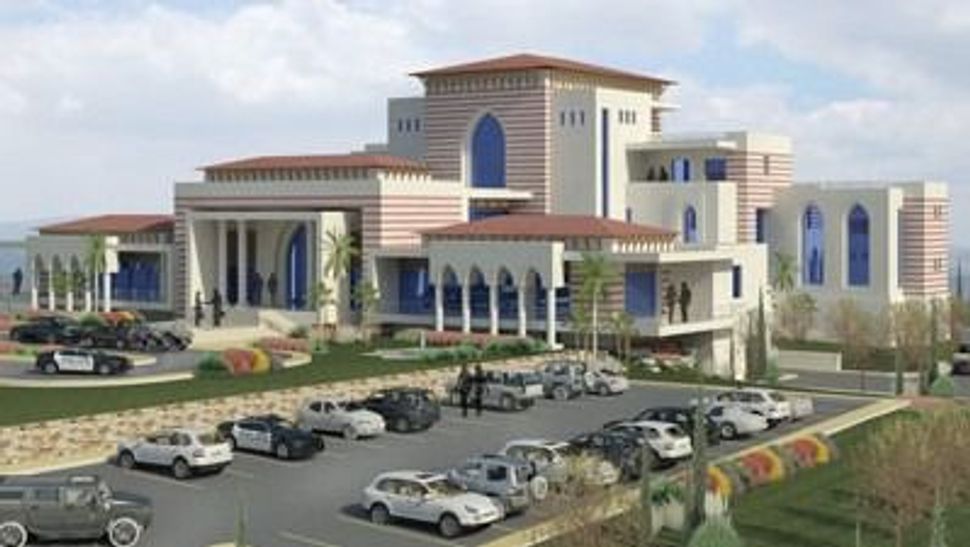 Palestinian Authority President Mahmoud Abbas is reportedly having a $13-million luxurious presidential palace built near Ramallah despite his government facing a $2-billion deficit.

According to the Times of Israel and several other Israeli news outlets, the project, which includes two helipads, is listed on the Palestinian Economic Council for Development and Reconstruction website devoted to “Ongoing and Future Projects.” The site, which includes a computer rendering of the completed palace, describes the complex as being funded by the Palestinian Authority’s treasury.

However, the Palestinian news agency Ma’an said PA officials are denying that the compound is a presidential residence or that it is being paid for with public funds, according to Haaretz.

PA officials said the complex will serve as a leadership headquarters and residence to receive world leaders and is being funded by international donations and private Palestinian corporations, Haaretz reported.

Most projects listed on the site are funded by international donors, including the Canadian and French governments.