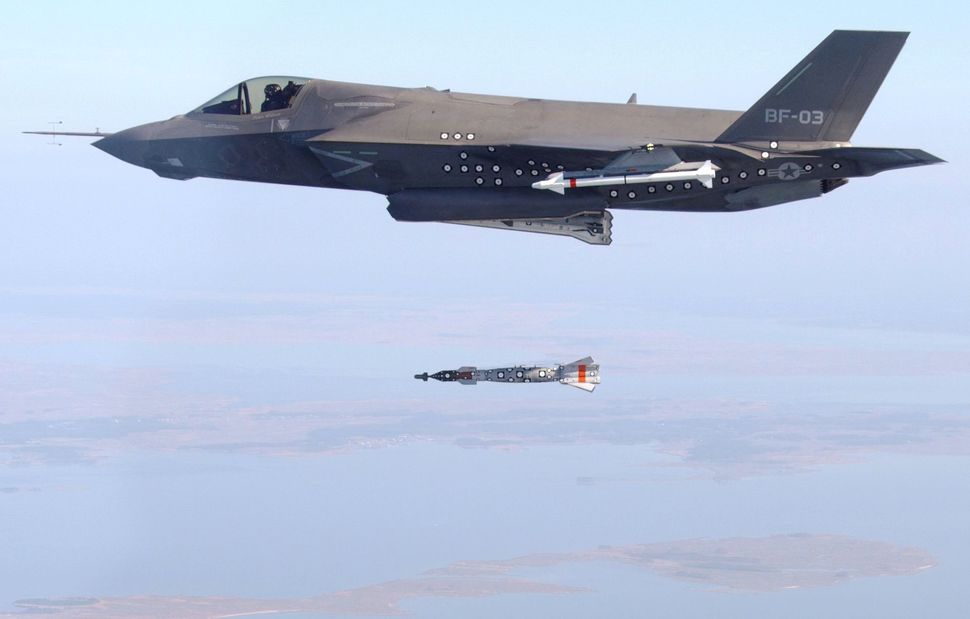 What will the Middle East look like the day after the Iranian nuclear deal goes into effect?

Supporters of the agreement believe the region will be a safer place, with Iran’s nuclear program forestalled; critics argue it will be much more dangerous, with Iran emerging emboldened and flush with new cash from unfrozen assets.

But both sides agree on one thing: The new Middle East will be flooded with conventional arms from America. The region is about to enter a new arms race fueled by U.S. efforts to reassure Israel and various Sunni countries that feel threatened by the Shi’ite Islamist government in Tehran.

Indeed, American defense companies are already signing billion-dollar deals that will support this new push — a reality that Iranian officials are beginning to understand. “This is one of the U.S. policies that we think is wrong,” a senior Iranian official told reporters during a recent briefing in New York. “If the United States wants tranquility to prevail… why is it adding to the arsenal there?” 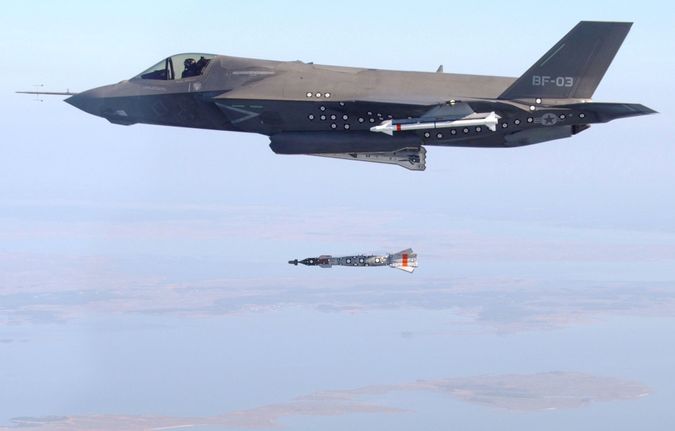 In the new triangle of power emerging after the nuclear deal kicks in, Iran will have the money and legal pathway to bolster its military abilities inland and abroad; Saudi Arabia and other Gulf countries will embark on huge arms purchases to offset Iran’s newly found conventional power, and Israel will seek advanced military systems to counter Iran on the one hand, and to make sure it is not overpowered by the Sunni Gulf states.

America, the regional arbiter, will be charged with keeping the minds of all its allies at ease. “That’s the other side of the problem with the Iran deal,” said Azriel Bermant, a research fellow at the Institute for National Security Studies in Israel. “In order to keep everyone happy you need to give something to everyone, and it will be a very delicate balancing act.”

The Obama administration is already reaching out to regional players to begin discussing post-deal security arrangements. Israeli officials, still consumed in their fight against the deal in Congress, have thus far refused to participate in post-deal security discussions with the administration. But they are expected to do so once the agreement gets the congressional green light.

Even before this, however, administration officials have begun outlining the details of the weapons package that Secretary of State John Kerry promised Congress would “further strengthen our security relationship with Israel.”

This package is expected to include a new 10-year deal on military assistance that will significantly exceed the $30 billion provided to Israel in the previous 10-year agreement that ends in 2018. Other items in the package reportedly include:

• A generous array of conventional weapons aimed at upgrading Israel’s offensive abilities. These security pledges come in addition to the already extensive American sale of advanced arms to Israel. This includes the F-35 Joint Strike Fighter, which is considered the world’s most advanced fighter jet. Israel is the only country in the region to acquire this plane. The administration also recently approved a $1.9 billion arms deal with Israel that includes advanced missiles, air-to-air weapons and bunker-busting bombs.

And there’s much more to come. In fact, though Israel has yet to enter talks on the details of the new security aid package, some are already doing its work for it, proposing weapons for Israel that have never before been proposed by either Washington or Jerusalem.

Ben Cardin, a Maryland Democratic senator, New York House members Grace Meng, a Democrat, and Lee Zeldin, a Republican, have called for legislation that would require the Obama administration to position in Israel America’s largest bunker-buster bombs, known as massive ordnance penetrators, or MOPs, as well as B-52 bombers capable of delivering the bombs. All three lawmakers oppose the Iran deal.

Israel has yet to express any interest in receiving these items. Moreover, some experts have argued that U.S. positioning of B-52s in Israel would violate the new START treaty, which restricts the transfer of these planes. But the discussion indicates a growing willingness to provide Israel with military assistance above and beyond past levels.

Even as Israel seeks to bolster its own military capabilities to deal with the threats it sees from Iran, Israeli officials are worried that a wholesale flooding of the region with American weapons to those being described as Washington’s “Sunni allies” could also pose a problem. While Israel and the Gulf Sunni states currently share the same deep concerns about Iran’s regional ambitions, the Israelis have made clear that this common threat does not mean it fully trusts the Gulf nations with all types of advanced weapons systems.

“The Gulf states are arming themselves, mainly with Western, American weaponry, in the understanding they will need defensive capabilities to contend with the new Iran situation,” Israel’s defense minister, Moshe Yaalon, said on June 9. “This of course challenges us, too, and here there is enormous importance to preserving what is called the State of Israel’s ‘qualitative edge’ in the face of this regional arms race.”

The principle of maintaining Israel’s qualitative military edge, commonly referred to as QME, has been a mainstay of the Israeli-American defense posture for years. This principle requires the United States to ensure that Israel always has an edge over neighboring Arab nations, even those considered to be friendly.

This requirement pertains mainly to American dealings with Saudi Arabia and the Sunni Gulf countries, which boast enormous buying power and view Iran as a direct threat. Israel, despite having no history of military conflicts with the Gulf nations, is still insisting that American arms sales to these countries be conducted in a way that will keep Saudi Arabia and its neighbors one notch below Israel’s capabilities. “The Saudis have never expressed any interest in attacking Israel,” said Wayne White, former deputy director of the State Department’s Middle East/South Asia Intelligence Office. “What the Israelis are concerned about is regime change in Saudi Arabia and what would happen with all these weapons under a different regime.”

The Obama administration has already approved massive arms sales programs to Saudi Arabia and other regional players. These include a major contract for upgrading the Saudi navy, a massive $1 billion arms deal to replenish Saudi munitions used up in its war against the Iranian-backed Houthi rebels in Yemen, and sales of helicopters and radar systems.

The United States and Saudi Arabia have also begun discussions on upgrading the kingdom’s missile defense systems to prevent any attack from Iran. This could include American-made PAC-3 and Aegis anti-missile systems currently in use by NATO countries to defend them from short- and medium-range ballistic missiles.

The security package offered to Saudi Arabia will also include sales of cyber-defense technology aimed at repairing Riyadh’s vulnerability to Iranian computer attacks that could bring down the country’s economically crucial oil industry.

Other Gulf countries are also on a shopping spree. The United Arab Emirates is already moving ahead with a purchase of nearly $1 billion worth of rockets and advanced bomb systems.

All arms deals and military aid will require congressional approval, but this seems less of an obstacle than in the past, given the widespread agreement among lawmakers on the need to bolster Middle East allies in the face of Iran’s newly acquired access to more weapons.

“The president will have a lot of congressional support for this,” said Michael Makovsky, CEO of the Jewish Institute for National Security Affairs. “There are Democrats who supported the deal but feel uncomfortable with what the deal means to Arab allies and Israel.” The massive sale of arms to these regional allies, Makovsky argued, is motivated in part by the need to placate these concerned lawmakers. “I don’t know if the White House has a strategic view, but they clearly have a political view,” he said. American defense contractors, meanwhile, are already looking forward to the deal’s positive impact on their bottom lines, even as the administration enters a lengthy process of deliberating the nuts and bolts of every element of the arms systems to be provided to the Middle East.

“There won’t be a lot of American money, but we will see significant American arms sales,” said White, who is now a policy expert at the Middle East Institute. “You’re actually going to see American companies making a lot of money out of these arms sales.”