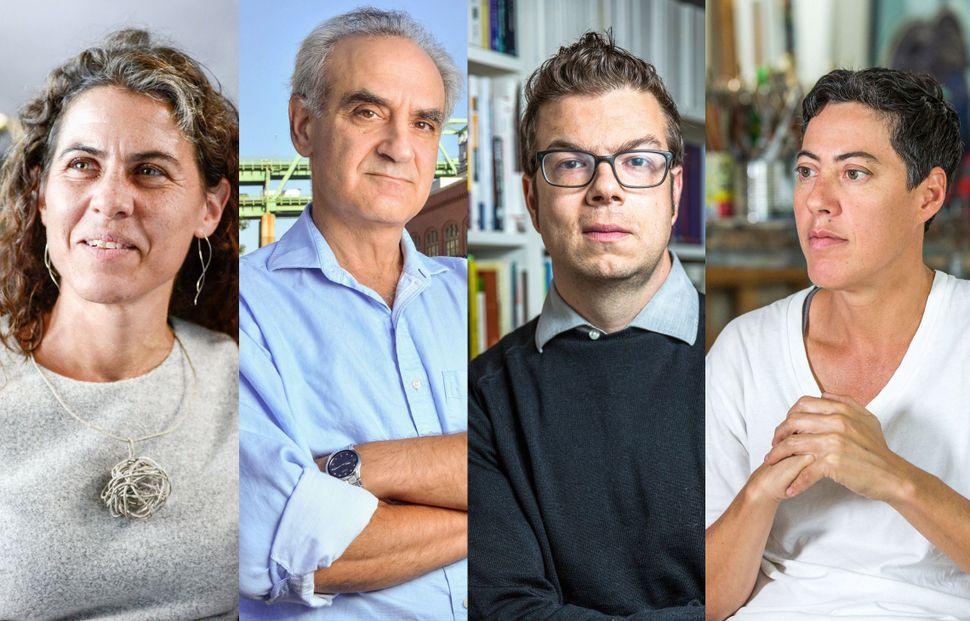 The John D. & Catherine T. MacArthur Foundation picks an annual class of between 20 and 30 fellows from all types of vocations and professions who will receive a sizable (this year $625,000) and unrestricted grant to help further their work over five years. Known generally as the “genius” grants, nominations and discussions are confidential which means that awardees first find out that they’ve been entered when they win.

This year the class of 24, taken from all over North America, included engineers, professors, writers, thinkers, artists, designers, scientists and performers. The scope of their activities is vast, and includes the first award for Jewish studies for decades. Over the past few years American Jews have been well represented, though, and below are this years Jewish honorees. 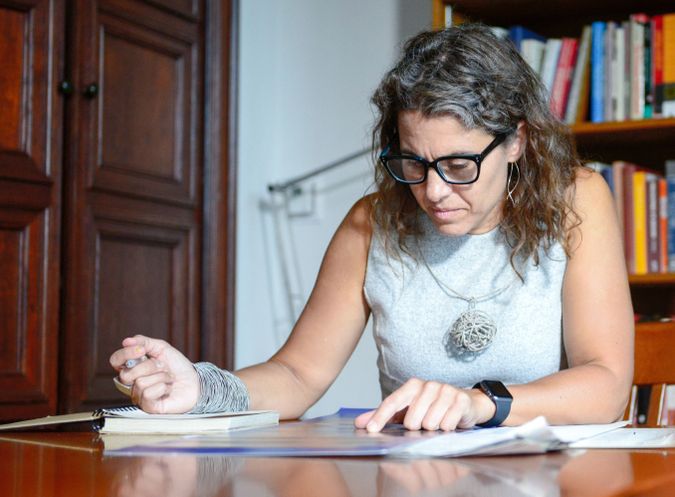 Qaraite Champion: Marina Rustow hopes to expand both the methods used and insights gained in her work on the Cairo Genizeh. Image by John D. & Catherine T. MacArthur Foundation

A Princeton University academic who has plumbed unexplored depths of the Cairo Geniza was awarded a MacArthur Foundation Fellowship.

Marina Rustow, a 46-year-old professor of Near Eastern studies and history and a 2014 Guggenheim Fellow, is the first academic expert in Jewish studies to win one of the foundation’s “genius” grants” since the 1990s.

When she was first contacted by the MacArthur Foundation on September 9, Rustow thought the repeated calls were from a furniture company. “I was expecting a call about a couch,” she said. Instead, Rustow learned that she had joined the elite group of “geniuses” selected each year to receive a no-strings-attached $625,000 grant from the Foundation.

Rustow, who contributed freelance articles to the Forward in the early 1990s, received her doctorate from Columbia University in 2004 and joined Princeton University’s faculty just this past summer. In her research, she has pulled hidden secrets from the Cairo Geniza, a trove of Jewish documents that was discarded in a Cairo synagogue over a 1,000-year span.

“It brings tremendous honor to the field of Jewish studies for her to have won this,” said Hasia Diner, a professor of Hebrew and Judaic studies and history at New York University.

Rustow is the second Princeton scholar to win a MacArthur for work on the Cairo Geniza. Shelomo Goitein, a medieval historian who died in 1985, was a member of the MacArthur Fellowship’s 1983 class and a fellow at the Institute for Advanced Study, located in Princeton. The bio on Rustow’s Twitter account is, “Goitein’s stuff, but better.”

While most of the voluminous scholarship on the Cairo Geniza has focused on the texts found there written in Hebrew script, Rustow has specialized in the overlooked Arabic texts. While examining documents written by Hebrew scribes, Rustow realized that they were written over scraps of government decrees. No government archive exists from the period, making the fragments a key not only to how Jewish communities intersected with the Fatimid Caliphate, which ruled much of North Africa from the 10th through the 12th centuries, but to how the Caliphate itself operated.

“Our best source for the kind of fine-grained picture of how government worked in the 11th, 12th and 13th centuries in the Middle East comes from the attic of a Jewish synagogue,” Rustow told the Forward.

Rustow also has challenged the marginalization in Jewish historiography of the Karaites, a schismatic Jewish sect with origins in Baghdad. Her 2008 book “Heresy and the Politics of Community” described close relationships between the Karaites and mainstream Jewish communities under Fatimid rule, based on her work with Cairo Geniza documents.

Rustow said that she was interested in using the MacArthur funds to further collaborative work on the Cairo Geniza. “It’s enabling me to think longer term,” Rustow said. “If we want to get through the unpublished work on the Geniza, you have to work together.”—Josh Nathan-Kazis 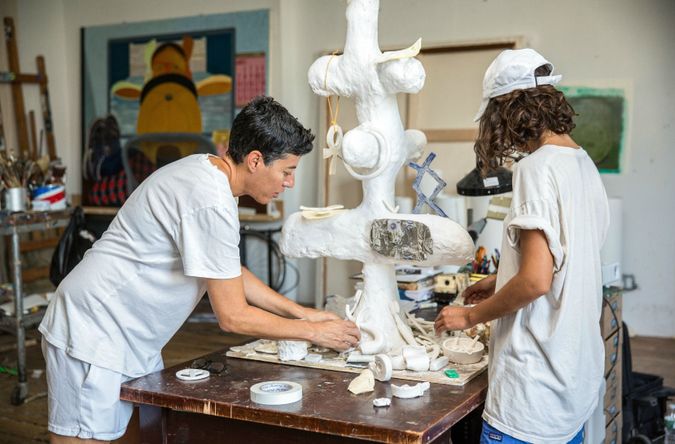 Sculptural: At work is Nicole Eisenman (left) whose phone has rung so often after her award was announced that she says, ‘it’s a smoking pile of ashes and melted plastic.’ Image by John D. & Catherine T. MacArthur Foundation

Like Rustow, the artist Nicole Eisenman didn’t believe it at first when she received an unidentified call in mid-September saying she had een awarded a MacArthur Fellowship.

Eisenman thought at first that it was a telemarketer. Just when she was about to hang up, she realized the call was legitimate. She felt her legs “turn to jelly” in the meat aisle of the grocery store, and she walked outside to sit down on the curb.

Eisenman said she was asked not to tell more than one person, but she confessed to her two children, one in kindergarten and the other in third grade, as well as to the friends she was visiting Fire Island with at the time.

The morning after her Fellowship was announced, she said, her cell phone rang nonstop: “Literally it’s a smoking pile of ashes and melted plastic, and my Facebook feed is blown up.”

Eisenman, whose work has been shown in exhibits at the Whitney of American Art and the Museum of Modern Art, utilizes a range of media, including printmaking, sculpture, painting and drawing, to explore the dynamics of gender, family and wealth. One of her works from 2010, titled “Seder,” was exhibited twice at the Jewish Museum in shows called “Shifting the Gaze: Painting and Feminism” and “Masterpieces & Curiosities.” It depicts a family Passover dinner in which the man at the head of the table, who Eisenman has said is her father, breaks matzo with puffed hands under the gaze of his wife across from him.

With the money, Eisenman plans to hire a much-needed studio assistant, set up a college fund for her children and possibly buy a pair of shoes. She also joked with the reporter interviewing her for The New York Times that she was considering Gucci loafers. 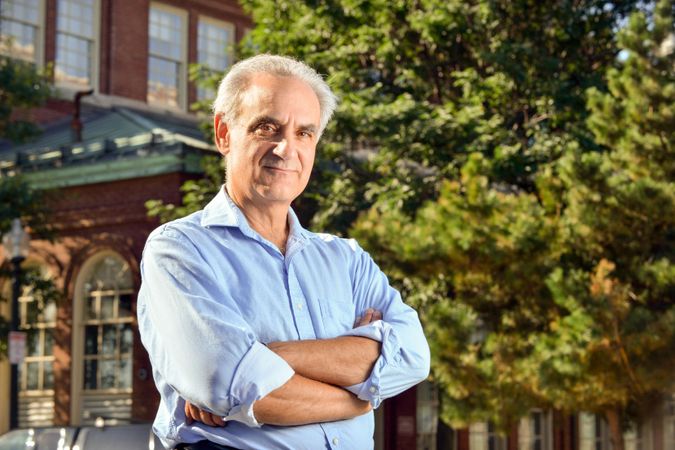 Gary Cohen was 29 years old when gas leaked from an American-owned pesticide plant in Bhopal, India, in 1984, killing almost 4,000 people and poisoning tens of thousands more.

The disaster galvanized Cohen to fight the chemical industry, setting him on a path that would lead to co-founding Health Care Without Harm, the MacArthur “genius grant”-winning group that has helped to reduce global pollution from the health care industry dramatically.

But it was Cohen’s lessons from the Holocaust and a trip to Auschwitz in 1990 that solidified his resolve to make the world a better place.

“The most important lesson that I got from my family was never let this happen again, never let powerful interests treat people as expendable,” Cohen said in a September 29 phone interviewwith the Forward. “I feel like that’s what the chemical industry has done not just in Bhopal but around the world, because we are all carrying the chemical byproducts of these companies in our bodies, and [the chemical companies] have completely lacked a moral compass in the way they have operated.”

Cohen, who was born and raised in a Conservative Jewish household in West Orange, New Jersey, said that during his trip to Auschwitz he was horrified to learn not only that chemical manufacturers collaborated with the Nazis on gases used to kill people, but also that the industry used slave labor to build a chemical plant close to Auschwitz — and the plant still operates today.

“It’s an industry operated without any moral framework whatsoever,” Cohen said. “So I have devoted the last 30 years to both resisting that way of doing business in the world and getting the health care sector to help us detox the economy.”

“I very much see my work as tikkun olam, healing the world, and I try to express it as, ‘What does it mean to be a good Jew on a planet in crisis?’“

At the time of the Bhopal disaster, Cohen was a travel guidebook writer. After Bhopal he joined the National Toxics Campaign, an environmental group aimed at fighting pollution, and co-edited a book called “Fighting Toxics,” which showed people how to combat polluters in their community.

Cohen co-founded Health Care Without Harm in 1996. The group works with hospitals, health care systems, politicians, doctors, unions, environmental organizations and other groups to reduce pollution and to work toward a sustainable health care industry.

Cohen said that he targeted the health care sector because it seemed crazy to him that a part of society devoted to making people better was also one of the biggest producers of mercury and dioxin contamination.

“The fact that the health care sector lives by the Hippocratic Oath, to do no harm, creates enormous ethical challenges for the industry as polluters,” Cohen said.

His group has helped to eliminate the use of mercury in medical instruments in North America and across the European Union, and it has helped to secure a global treaty phasing out all mercury devices by 2020.

The group has also helped to reduce dramatically the number of medical waste incinerators in America to less than 70 from a high of more than 4,500. The incinerators were a leading source of dioxin contamination, which has been linked to birth defects, learning disabilities and certain types of cancer.

Cohen said his group is trying to further reduce dioxin contamination by persuading the health care industry to move toward using sustainable plastics instead of cheaper PVC plastics.

“I feel like we’ve been able to create a social movement inside health care for environmental health and sustainability.” Cohen said.

Cohen said that Health Care Without Harm will use the MacArthur prize, which will be awarded over the next five years, to help the health care industry reduce its carbon footprint and to slow climate change.

He said that health issues caused by climate change require health care providers “to expand their mission to go beyond treating individuals and to really helping communities and helping the planet.” 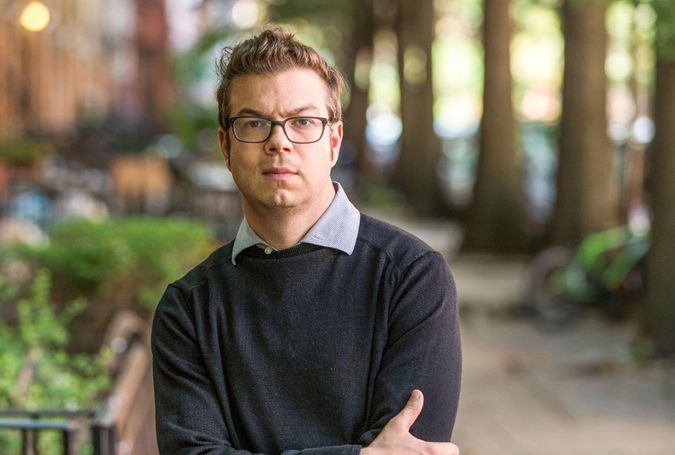 Ben Lerner, who began writing as a poet and essayist, has published two acclaimed novels, “Leaving the Atocha Station” and “10:04,” both of which utilize cultural references and tactics of criticism to comment on daily life. In “10:04,” which came out last year, Lerner played with the notion of autobiography, blurring the lines of truth and narrative: The novel’s protagonist, Ben, deals with literary success, much as the actual author Lerner was doing at the time. “It felt and still feels like maybe it’s all an elaborate hoax,” Lerner wrote to the Forward in an email, regarding the MacArthur Fellowship.

In a review of “10:04,” Joshua Furst, a Forward contributing editor, wrote: “Lerner is my favorite kind of realist. He forces the reader to question reality itself. Both he and his narrator are frustrated by the limitations of the novel — the way plot and story demand a formal tidiness that takes the reader on a journey away from him or herself and necessarily distorts authentic experience.”

Lerner said he doesn’t know what he will do with the award money yet. “All I know is that I’ll try to use it to make time and space for the work the foundation intends it to support,” he said.

But Cora Currier, a reporter at The Intercept, has a pretty good idea. The day after Lerner’s MacArthur Fellowship was announced, she tweeted, “Now Ben Lerner will write a novel about having a genius grant.”