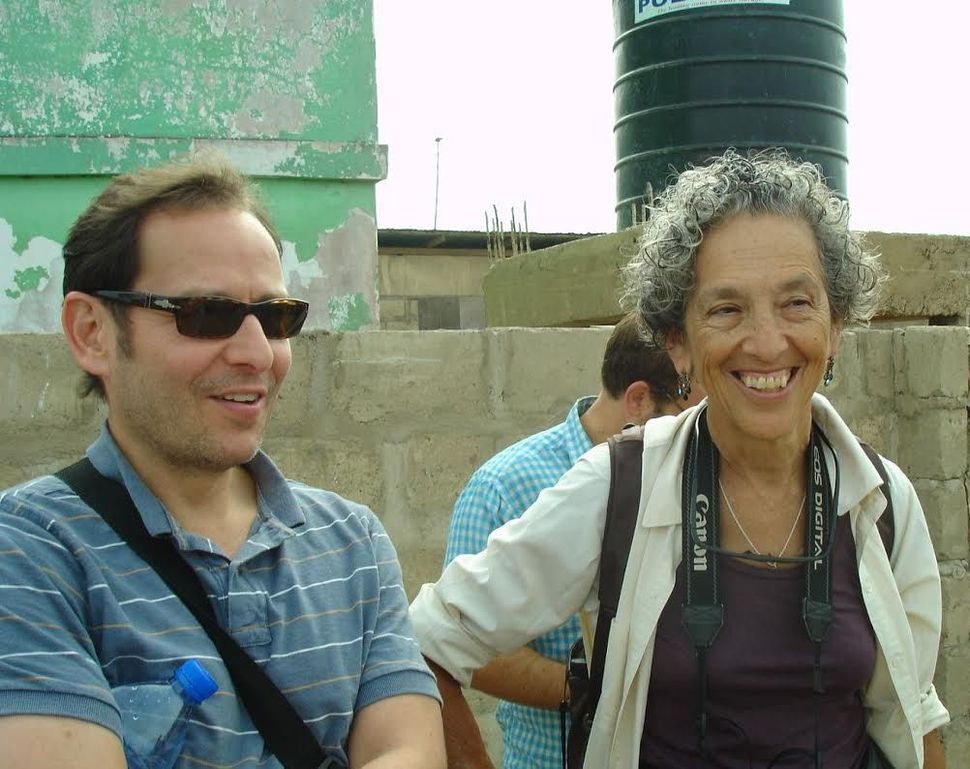 Ruth Messinger will step down as president of the international development group American Jewish World Service, the organization announced on October 13. Messinger, who has led the organization since 1998, will be succeeded in July 2016 by Robert Bank, the group’s current executive vice president.

A former Manhattan borough president and Democratic candidate for New York City mayor, Messinger lifted AJWS to prominence, and became perhaps the best known advocate for social justice and international development within the Jewish community. AJWS grew massively during her tenure, from raising $3 million a year to more than $60 million.

“I’ve loved every minute of it,” said Messinger, 74. “It’s a really exciting place to be.”

The transition could prove a challenge for AJWS, which has been closely identified closely with the charismatic Messinger for nearly two decades. Messinger, however, said the organization was prepared for the change.

“What I believe is that we’ve built an organization,” Messinger said. “The organization has a clear and critical mission. The board’s decision to select Robert as the next president and CEO is based on his demonstrated capacity for public speaking, for fundraising and for bringing, frankly, who he is.”

Messinger will remain with the organization as its “global ambassador,” a newly created role that she said would entail work on interfaith efforts and outreach to rabbis and rabbinical students.

AJWS’s budget growth under Messinger has made it one of the country’s fastest growing Jewish not-for-profits over the past decade. The organization, which supports development projects worldwide and engages in advocacy, gave out $39 million in grants in 2013 to groups in 19 countries.

Bank, who has worked at AJWS since 2009, lacks the public profile that Messinger brought to the position, but said that the organization would not suffer for this. “It is both humbling to follow Ruth Messinger and an honor,” Bank said. “We want to put the organization and its work forward.”

Born in South Africa, Bank is a cousin of Denis Goldberg, a prominent Communist activist and onetime member of the armed wing of African National Congress who was tried along with Nelson Mandela and imprisoned for 22 years for his battle against South Africa’s apartheid regime. Bank received a degree from the Juilliard School and began a career as a concert pianist before attending law school.

“I wanted to make change in the world, and I knew I couldn’t do that by sitting on a stage, playing beautiful music,” Bank said.

After law school , Bank worked in the New York City Law Department, then began a career at GMHC, formerly known as Gay Men’s Health Crisis, in 1995. Bank was the chief operating officer when he left the group in 2008.

“I became very interested in connecting my Jewish identity and global justice,” Bank said. “It’s something I feel moves me every minute of the day.”

AJWS’s five vice presidents all report to Bank in his current role as executive vice president. As such, Bank said, he has had a hand in every aspect of the group’s operations, “from fundraising to shaping the strategy of the organization to working incredibly closely with the board.”

Once known for its volunteer trips to global hot spots, AJWS reordered its priorities after a strategic planning process that concluded in 2012. The group planned to cut back on its service-learning trips while bumping up spending on domestic advocacy and continuing to focus on its grant making to development projects. Those plans were readjusted this year after fundraising shortfalls for its domestic advocacy program led the group to shed 13 community-organizing jobs.

Kathleen Levin, AJWS’s board chair, said that plans for a transition in leadership began during the group’s lengthy strategic planning process. “We felt it was imperative to address the issue… so we could be proactive about it instead of having to be reactive about it,” Levin said.

A board committee formed nearly two years ago to select a new president considered launching a national search for a successor for Messinger, but decided against it. But according to Levin: “As we reviewed our options, it became very, very clear that Robert was the right choice…. We know he helped build AJWS as it exists today. He’s just made this organization an even better organization.”

No major strategic shifts are on the horizon under Bank’s leadership. Both Bank and Levin said that his selection was a signal from the board members that they are happy with the organization’s management and direction.

“For us it was very much a testament to how we feel about the work AJWS is doing today,” Levin said.

Messinger, for her part, said she was looking forward to having more free time for photography, a longtime hobby, and for leisure travel.