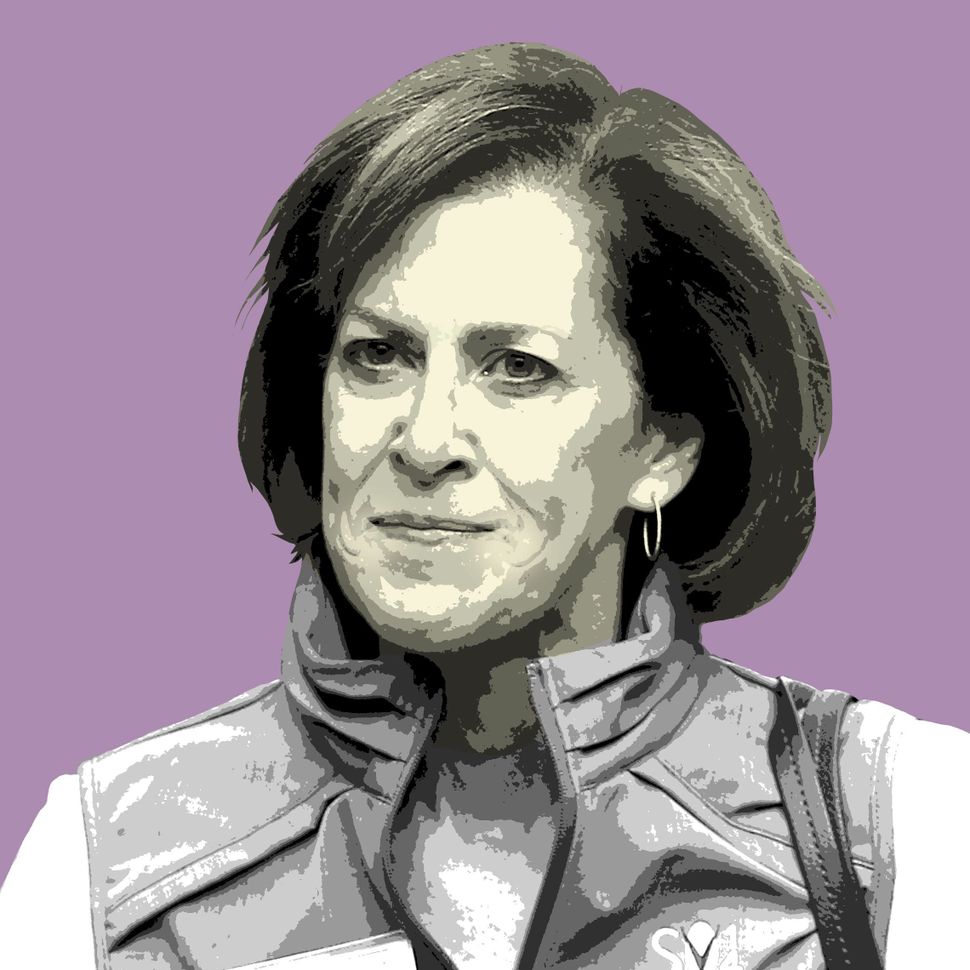 In a year when Israel politics reached new levels of acrimony, the largest Jewish federation’s top lay leader felt the heat, but kept her cool.

Alisa Robbins Doctoroff, 57, president of UJA-Federation of New York, found her name in bold letters in an ad campaign threatened by right-wing activists. Her crime? Supporting the New Israel Fund, a liberal organization that funds civil society programs in Israel.

Doctoroff, alongside other communal leaders, was described by the right-wing activist Pamela Geller as a “neo kapo,” and the ads bearing her name that the right-wing groups said they would run urged supporters to “stop the Jewish destruction of Israel.”

Doctoroff became the face of a struggle many liberal Jews in communal and public office have been confronted with this year, as their love for Israel has been put in question.

A longtime activist in New York Jewish life, Doctoroff was appointed president of the UJA-Federation, America’s single largest Jewish philanthropic organization, in July 2013. Her first task was to lead the search for a new CEO after the departure of John Ruskay, a search that led to the selection of Eric Goldstein, a former corporate lawyer. The choice of a leader from outside the Jewish organizational world was seen as risky, but has so far appeared successful.

Despite the organized campaign aimed at Doctoroff, she went on to lead the New York federation despite pressure from pro-Israel groups to take a position against the nuclear deal with Iran. A wave of major federations had taken positions in opposition to the deal, including the Jewish Federation of Greater Los Angeles, despite a longstanding practice of federations not taking political stances, particularly on issues that split the Jewish community. New York’s federation stood firm, refusing to fall in line with the potentially divisive actions of its peers.