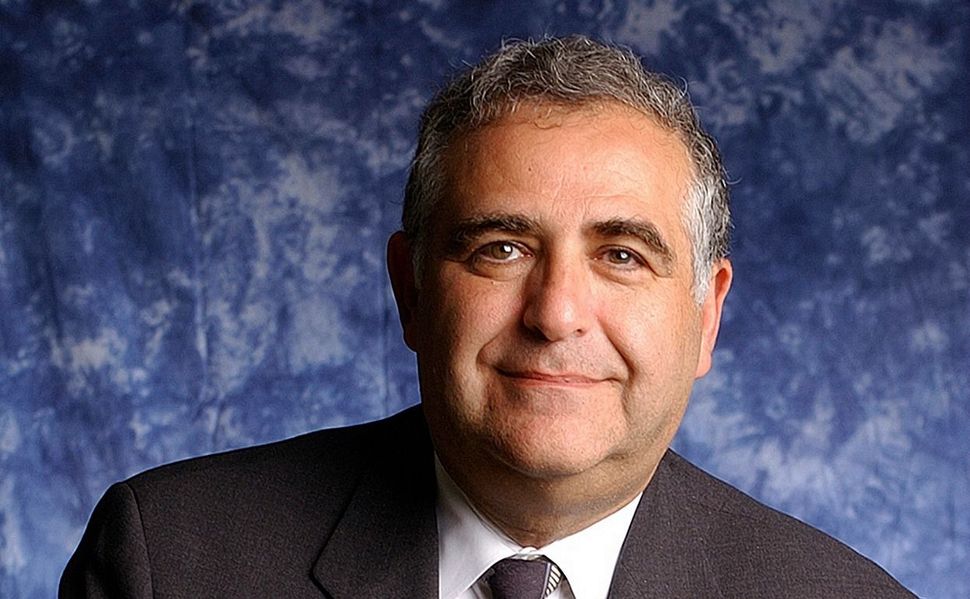 That payout took Joel’s total compensation for 2014 to $2.8 million, among the highest packages for college presidents nationwide.

But unlike most of his well-paid peers, Joel presides over a college in financial turmoil. Indeed, Y.U. has posted massive operating deficits in each of the past seven years.

In the year that Joel received the $1.6 million payment, Y.U. ran an operating deficit of $150 million, according to recently released tax records.

That same year, Y.U.’s endowment fell by $90 million, the school was forced to sell $72.5 million in real estate, and Y.U. entered into negotiations to spin off its prestigious but money-losing medical school, the Albert Einstein College of Medicine.

The investor ratings service Moody’s demoted Y.U.’s debt rating to junk status in January 2014 and it has not been raised since.

When asked what criteria were set for Joel to receive the deferred compensation payout, a Y.U. spokesman told the Forward, “It’s our policy not to disclose those details.”

But Y.U.’s tax records state that Joel’s deferred compensation agreement, entered into in 2007, was at “risk of forfeiture if certain conditions are not satisfied.”

Faculty morale at Y.U. is at rock bottom following years of voluntary redundancies, salary freezes and other cost-cutting measures. This past spring, faculty at Y.U.’s undergraduate schools passed a vote of no confidence in Joel.

Charles Swencionis, speaker of Y.U.’s faculty council, declined to comment, saying that he was “not ready to speak to the Forward at this time.”

But a long-serving member of faculty, who did not wish to be named because of the sensitivity of the situation, said that there is a great deal of “wonderment and concern” among staff about Joel’s deferred compensation payment.

“It’s hard to imagine conditions that could have been laid out that would be so lenient as to justify making this payment,” the faculty member said.

Joel was supposed to receive his deferred compensation payout in 2013, the same year he sent an email to faculty and staff warning that Y.U.’s financial problems were worse than the administration feared.

Joel said that measures taken to balance the school’s books following the 2008 financial crisis had been insufficient. “Simply put,” Joel wrote then, “the substantial deficits that we have incurred cannot be sustained.”

According to Y.U.’s tax documents, in 2013 Joel “voluntarily requested” not to receive his deferred compensation payment at that time.

Then, toward the end of 2014, Joel quietly collected his deferred compensation payment, which, when added to his salary, paid out $2.3 million.

When taken together with other benefits, including a new deferred compensation plan that began in 2012, Joel’s total compensation for 2014 was $2.8 million.

Paul Oestreicher, Y.U.’s director of communications, said that “deferred compensation is a common part of compensation packages for university presidents.” Oestreicher added that earlier this year Joel requested that his salary be reduced by a further $50,000.

According to The Chronicle of Higher Education’s most recent survey of college president’s salaries, Joel’s 2014 compensation would rank among the top five for private universities nationwide.

Columbia University’s president, Lee Bollinger, was paid $3.4 million, which included about $1 million in base compensation.

Joel announced this past September that he intends to step down from Y.U. at the end of his current term, which ends in 2018. He has blamed Y.U.’s financial crisis on an antiquated financial management system as well as on current and former staff members who, Joel said, had misled him about the university’s finances.

Following the 2015 faculty vote of no confidence in Joel, the board of trustees issued a statement expressing their support for Joel and saying that the board is “ultimately responsible” for Y.U.’s financial sustainability.

In recent months, Joel has been upbeat about Y.U.’s financial future, particularly since the university signed an agreement this past September, transferring financial and operational control of the Albert Einstei n College of Medicine to a Bronx-based hospital network, Montefiore Health System.Einstein is believed to have accounted for between 40% and 60% of Y.U.’s annual operating deficits.

At an October town hall meeting for students, Joel reassured them that Einstein would always remain an affiliate of Y.U. “governed by Halacha [Jewish law] under guidance and supervision of Y.U.”

A reporter for Yeshiva College’s student newspaper, The Commentator, observed that the mood at the meeting was more upbeat than previous town halls, when Y.U.’s fiscal woes dominated. Joel told students that Y.U. was on the right track, but he added that more work needed to be done to stabilize the school’s finances.

He invited students to suggest ways that Y.U. could cut spending by asking them to send their ideas to strategicplanning@yu.edu.