HOOKSETT, N.H. — They abhor Donald Trump, by and large, as a demagogue. And as primary day nears, many feel conflicted in sorting out their feelings about Bernie Sanders’s single-minded assault on widespread inequality, and Hillary Clinton’s record on a wider range of issues that have drawn their support.

With only 10,000 Jews making up less than 1% of New Hampshire’s statewide population, there is no big-state-style “Jewish vote” in the first-in-the-nation primary on Tuesday, February 9, but that isn’t keeping Jews from participating in the intense quadrennial ritual. And while there are no empirical data on their overall profile, certain themes emerge from observing the local Jewish scene as attention shifts from Iowa to the Granite State’s February 9 ballot.

New Hampshire has an open primary, so anyone can vote in either race.

Historically, the great majority of Jews, who are largely clustered in the southern part of the state and near the University of New Hampshire and Dartmouth College, have cast their ballots in the Democratic primary contest, said Andrew Smith, associate professor of political science at UNH and director of the school’s Survey Center. Those voting on the Republican side, he said, are few in number. Smith doesn’t expect that breakdown to change this year. 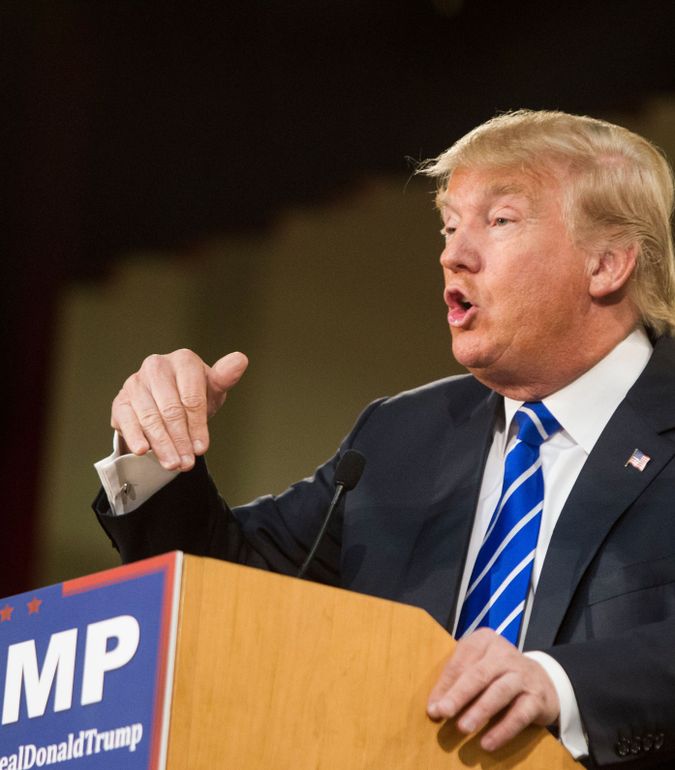 Moreover, as often happens in early primary states, “This primary is not about issues, it is about personality and personal stories,” said Linda Fowler, who is watching her sixth New Hampshire primary as a professor of government at Dartmouth College, in Hanover.

But on the issues, some of Trump’s comments—particularly his proposed ban on Muslims entering the country—have sparked outrage among the state’s Jews. Fowler said that many of her Jewish friends “worry about the general sentiment of intolerance in the Republican campaign.” Rabbi Jason Kimelman-Block, who is closely following the New Hampshire race, including Jewish sentiment, from Washington as director of the Bend the Arc Jewish Action organization, said, “People are trying to hold candidates responsible for demonizing rhetoric, particularly Trump. Jews across the spectrum recognize Trump as a demagogue.”

Despite negative Jewish reaction to Trump’s statements on immigration, Israel and other subjects, some still expect that the small number of Jewish voters in the New Hampshire Republican primary will support him at the same rate as the rest of electorate. Geoffrey Skelley, a political analyst with Larry Sabato’s Crystal Ball project at the University of Virginia Center for Politics, said voter research suggests Jewish Republicans often vote the same way as non-Jewish GOP voters. Efforts to find this slice of New Hampshire’s small Republican Jewish electorate, however, came up empty.

After Trump finished second behind Ted Cruz in the Iowa caucuses, it remains to be seen whether he can hang onto what was a commanding lead in the Granite State.

On the Democratic side, Sanders almost never discusses his Jewish identity on the campaign trail. A Sanders volunteer in Hooksett, near Manchester, says volunteers talk about it being “cool” that Sanders would be the first Jewish president, but they haven’t heard Sanders talk about it.

“There is very little talk about him as a Jew” among prospective voters, said Rabbi Jonathan Spira-Savett of Temple Beth Abraham, in Nashua, and there is much more conversation about whether to vote for Sanders “as an idealist.”

Discussion on Sanders is usually about his progressive values and plans, such as fighting income inequality and introducing a single-payer health care plan. At a recent event at Southern New Hampshire University, a student activist introduced Sanders to hundreds of other students by comparing him to Franklin Roosevelt, talking about how Roosevelt brought the country out of the Great Depression and how Sanders would forge his own New Deal, evoking the era that first drew millions of Jews to the Democratic Party.

Clinton, in contrast, attracts support from Jews on a wide range of issues. Her record on Israel, including from her years as secretary of state, seems solid with New Hampshire’s Jewish voters.

Israel is a weak spot in Sanders’s support among Jews. “I’d like to hear more from Bernie Sanders on Israel,” said Sol Rockenmacher, co-president of the Brotherhood of Temple Adath Yeshurun in Manchester. Others also cite his sparse record on this issue compared with Clinton, and even with many of the Republicans. Spira-Savett says his congregants have generally found the Israel positions of all Republicans except for Rand Paul to be satisfactory, but they want to know more from Sanders on how he’d work with Israel.

At least two groups of New Hampshire Jews have been trying to host presidential candidate forums, so far without success. In Nashua, Spira-Savett started working last spring with six other clergy serving different faiths to create public forums with candidates. None of the group’s invitations has been accepted, which Spira-Savett attributed to candidates wanting increased control of speaking situations in this year’s primary.

In Manchester, members of Temple Adath Yeshurun have invited all the candidates to a political candidates forum February 4. Rockenmacher, one of the organizers, said in late January it was too early to know if any candidates or surrogates would attend.

No matter what happens with the forums, the New Hampshire primary experience is unique, with candidates making many visits to the state over the course of months, often in small settings. Spira-Savett said many of his congregants have taken advantage of the opportunity.

“To be a Jew in this time and place is a miracle. Our freedom is a blessing,” Spira-Savett said. “We are incredibly lucky to have the chance to see the candidates up close.”