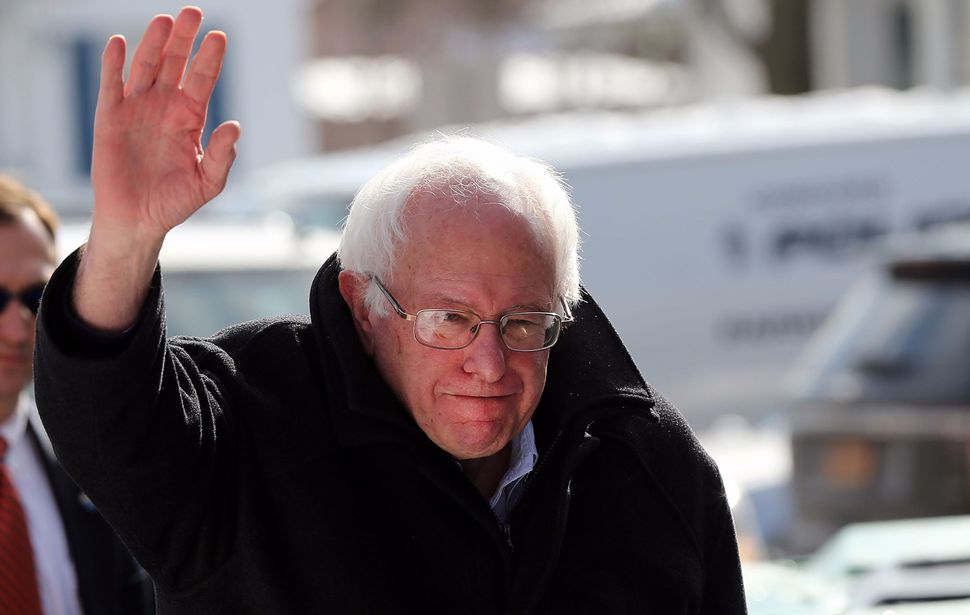 Bernie Sanders made history Tuesday night when he became the first major-party Jewish candidate in U.S. history to win a presidential primary election.

With the late results in New Hampshire still trickling in, the Independent senator from Vermont was projected to handily defeat former Secretary of State Hillary Clinton in the Democratic primary.

Sanders, a secular Jew and self-described democratic socialist who has made economic inequality in America the centerpiece of his campaign, had been the favorite to win in New Hampshire, and in last week’s Iowa caucuses he nearly tied Clinton. But Sanders is expected to face uphill contests against Clinton in contests later this month in Nevada and South Carolina.

On the Republican side, businessman Donald Trump scored a decisive victory over his rivals, capturing 34 percent of the vote. The next-best finisher was Ohio Gov. John Kasich, with 16 percent of the vote. Former Florida Gov. Jeb Bush finished third, with 12 percent, trailed closely by Sen. Ted Cruz of Texas, with about half a percent less. Results were still incomplete as of 8 P.M. Tuesday night.

Though New Hampshire is home to just 1.3 million Americans, the state holds the nation’s first primary and long has been a decisive early proving ground for presidential candidates.