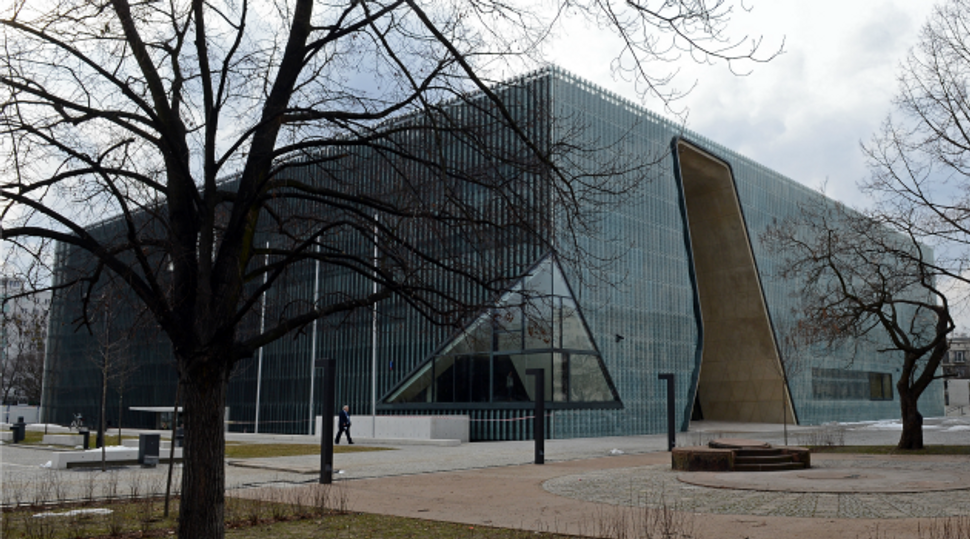 A new snag has hit a controversial plan to build a memorial on the site of the Warsaw Ghetto to honor Poles who saved Jews during the Holocaust.

In a February 22 email to the New York philanthropist funding the project, sculptor Dani Karavan said he would not accept a commission to create the memorial unless two sculptors who won an earlier public competition for the commission withdrew willingly and “do not have further complaints or reservations.”

Sigmund Rolat, the wealthy 85-year old Polish Holocaust survivor who is funding the proposed monument despite heated protests over its location, rejected the two other sculptors last May, after their proposal for the project was chosen by an independent panel in a public competition Rolat’s own foundation sponsored. Rolat later invited Karavan, a well known Israeli sculptor who specializes in monuments, to take on the project to honor so called “Righteous Gentiles.”

An article written by the chosen finalists, Austrian artists Eduard Freudmann and Gabu Heindl, recently came to Karavan’s attention. Judging from the article, Karavan says the artists appear to remain emotionally involved with the project and have not withdrawn willingly.

In a telephone interview with the Forward, Freudmann confirmed that he and Heindl have not withdrawn from the project. “We never considered this just a job, and we remain emotionally committed,” he said.

Rolat responded to Karavan on Thursday. “I fully understand your commendable ethical commitments to the rights of other artists,” Rolat wrote. “But here no rights were violated.”

Rolat insisted he was on firm legal ground in rejecting Freudmann’s and Heindl’s winning entry — a proposal for a cluster of trees to be planted on the grounds of the Museum of the History of Polish Jews.

He told the Forward that “the forest entry” was unsuitable, and that he was advised by city officials that trees could not be planted in that public space. Rolat, however, remains convinced that the monument must be built, even if Karavan does not do it.

“The Poles who risked their lives and their families to save Jews were every bit as heroic as the Jews who died there fighting Hitler,” he said.

Rolat’s push for a memorial at the museum site in the Warsaw Ghetto has triggered hostile fire from Polish and Diaspora Jews. Their organized Facebook Page is full of attacks against the idea of the memorial at that location, though many said they would welcome such a move elsewhere.

“These few streets and squares form a unique area of memory which must above all be dedicated to honoring Jewish suffering and not Polish heroism,” says the Center for Holocaust Research at the Polish Academy of Sciences, commenting on the Facebook page.

“This ghetto is one of the biggest Jewish cemeteries in Europe,” said Professor Jacek Leociak, a specialist in Holocaust history, who is not Jewish, in a telephone interview with the Forward. “Let the Jews be among their ashes by themselves. They were abandoned. They were alone. This place is devoted to the Jews and the void they left. This is not for celebrating Polish heroism.”