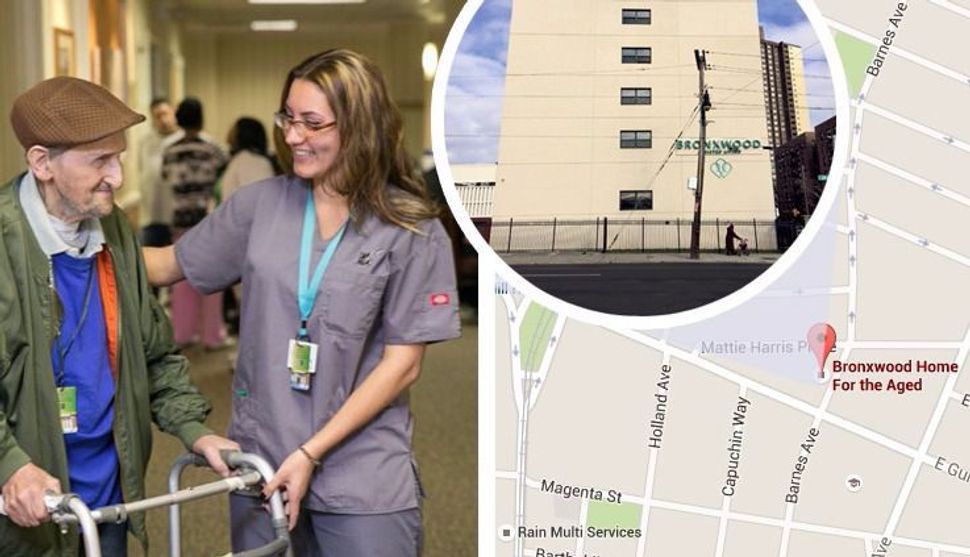 New York regulators are proposing to bar from the Medicaid program a Bronx old-age home that was the subject of a January investigative report in the Forward.

Bronxwood Home for the Aged, which sends a substantial portion of its revenue to ultra-Orthodox charities, could soon be required to pay $6.9 million in restitution to New York State and be kicked out of the Medicaid program for three years, the Forward has learned. An audit found that the name of a Bronx doctor had been signed on medical evaluations submitted by the home for procedures that the doctor did not conduct.

The New York State Office of the Medicaid Inspector General, which investigates fraud and waste in the health care program for low-income New Yorkers, notified Bronxwood on February 19 that it was seeking punitive actions in response to the audit findings.

“OMIG determined that the facility committed numerous violations of state and federal Medicaid law,” the agency said in a statement.

The audit of the program’s 2006 and 2007 claims found that $6.9 million of the $8.5 million that Medicaid gave to the facility in those years should not have been paid. Of the 200 Medicaid claims OMIG reviewed in its audit, 174 had a misstatement or an error.

OMIG found 133 documents provided by Bronxwood that had purportedly been signed by a doctor named Owen Golden and used to bill Medicaid. Yet Golden never saw patients at Bronxwood. In a statement, OMIG alleged that Golden’s employees signed the documents in his name and that they told other people to sign forms using his name.

Even a temporary ban from Medicaid could be disastrous for Bronxwood, which receives roughly a third of its revenue through the program. OMIG said that it would work with the New York State Department of Health to “ensure the health and safety of Bronxwood residents.”

The Forward reported in January that Bronxwood had engaged in a decades-long practice of making up to $2 million a year in grants to Hasidic yeshivas, Orthodox activist groups and other Jewish charities. A tenth of all revenue received by the group was paid out in grants. Experts told the Forward that when not-for-profit assisted living facilities run a surplus, they generally use the funds to improve their services, not to make grants to unrelated entities.

Bronxwood’s board of directors includes powerful New York Orthodox activists. Board member Abraham Biderman, a former New York City commissioner of finance and of housing, is the president of the Metropolitan Council on Jewish Poverty and a member of the boards of Agudath Israel of America and the Conference on Jewish Material Claims Against Germany. Mendel Zilberberg, another board member, is also on Agudah’s board; Marcel Weber is the former board chairman of the Orthodox Union. Bronxwood has until mid-March to object to OMIG’s findings and the proposed sanctions. OMIG will at that point make a final determination. Afterward, Bronxwood can appeal to an administrative law judge.

“These enforcement actions send a clear message to providers who violate state and federal Medicaid law that they will be held fully accountable,” Medicaid Inspector General Dennis Rosen said in a statement provided to the Forward. “Moreover, that my office will be vigilant in its efforts to protect the integrity of the state’s Medicaid program, promote high-quality care within the healthcare delivery system and save taxpayer dollars.”