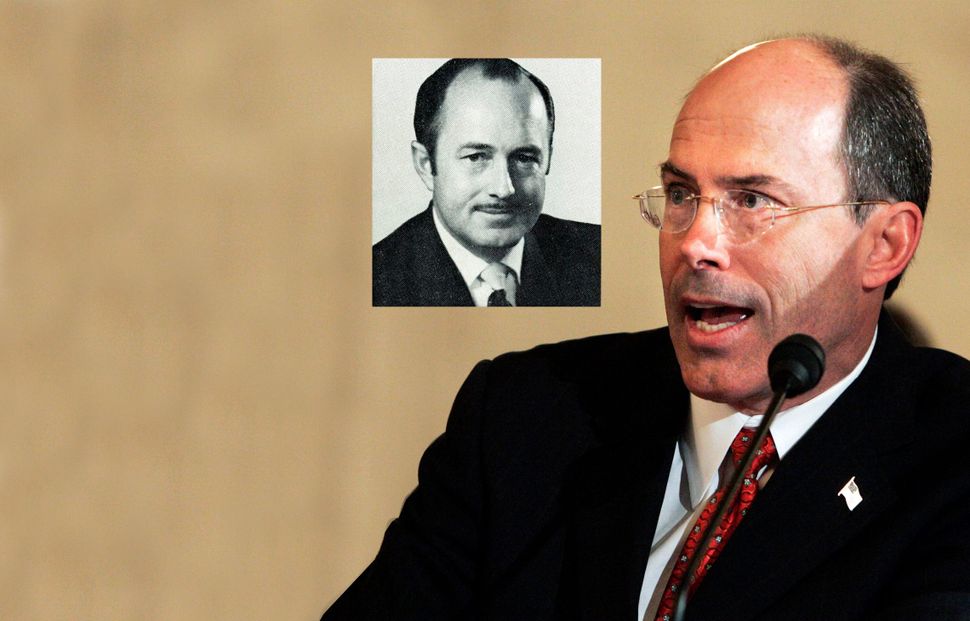 Image by Wikipedia (inset) and AP

On Monday, Donald Trump appointed a top foreign policy advisor whose father was an active member of the John Birch Society, which has a history of segregationist and racist views.

Joe Schmitz’ father, John Schmitz, won election as a California State Senator and ran for president in 1972 as a candidate for the Independent Party.

The elder Schmitz, who was staunchly against abortion, was stripped of a Senate position after writing that while he chaired a hearing about abortion in California, he looked out on “a sea of hard, Jewish and (arguably) female faces,” according to a 1982 New York Times article.

When he died in 2001, a publication of the Institute for Historical Review, a Holocaust denial organization, published an appreciative obituary and called him a “good friend of the institute.”

The John Birch Society opposed civil rights legislation in the 1960s, according to the Southern Poverty Law Center. Today, the society denies these allegations and claims anyone with these beliefs would be expelled.

The Trump campaign could not be immediately reached for comment.