Is It Kosher for Malcolm Hoenlein To Back Sheldon Silver — With Presidents Conference Name? 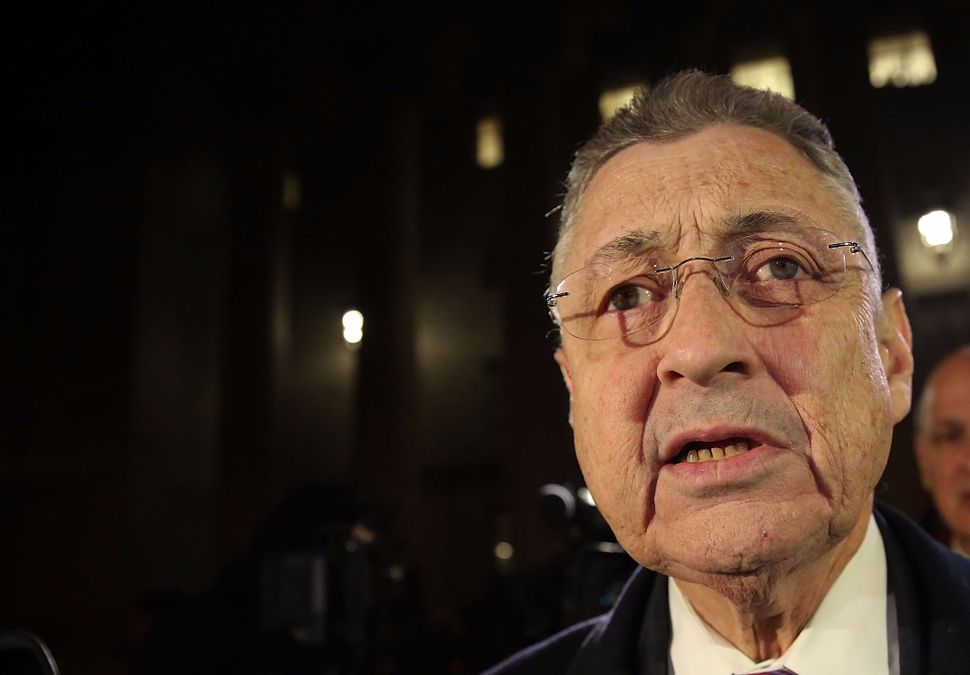 Some of America’s most influential Jewish organizations apparently have no problem with a letter sent in their name seeking leniency for convicted felon Sheldon Silver, the former New York State Assembly speaker awaiting sentencing on corruption charges.

Hoenlein did not seek the approval of the entire Conference, which includes fifty influential Jewish groups, before sending the letter. Yet of the 13 large members of the Conference contacted by the Forward, only two objected to the umbrella group’s name being employed in Silver’s defense.

Silver, for decades the most powerful politician in New York State, took million in bribes, lied to the public and the press, gave government grants in return for valuable legal referrals, and allegedly arranged for one of his mistresses to get a government job.

David Harris, CEO of the American Jewish Committee, wrote in an email that his organization had not been informed of the letter before it was sent. “As a member of the Conference of Presidents, [we] wish to dissociate ourselves from [the letter],” Harris wrote.

Kenneth Bob, national president of the liberal group Ameinu, wrote that he “would have preferred” that Hoenlein had sent the letter on his own stationary.

“Since the Conference is an umbrella body and represents a wide range of organizations, I think it is best to refrain from appearing to represent everyone without specific consultation,” Bob wrote. (Bob is also a member of the board of The Forward Association, which publishes The Forward.)

But other groups declined to comment when contacted by the Forward, including Hillel International, the Anti-Defamation League, B’nai B’rith, the Union for Reform Judaism, the United Synagogue of Conservative Judaism, and Americans for Peace Now.

The Orthodox Union, Hadassah, and the Jewish National Fund did not respond to an inquiry from the Forward.

Hoenlein also did not respond to the Forward. His January letter to Judge Valerie Caproni, who oversaw Silver’s case, called the former politician “selfless.”

“In the four decades of our association, Mr. Silver volunteered his assistance, participation and support for many important civil and human rights, for advancing intergroup relations, and aiding charitable and communal undertakings,” Hoenlein wrote. “He did so without seeking public recognition.”

A letter from the federal prosecutor whose office pursued the case, U.S. Attorney Preet Bharara, paints a vastly different picture. Bharara asked the court to impose a substantial prison sentence on Silver, writing that he had “exploited the vast political power entrusted in him by the public to serve himself.”

Is It Kosher for Malcolm Hoenlein To Back Sheldon Silver — With Presidents Conference Name?